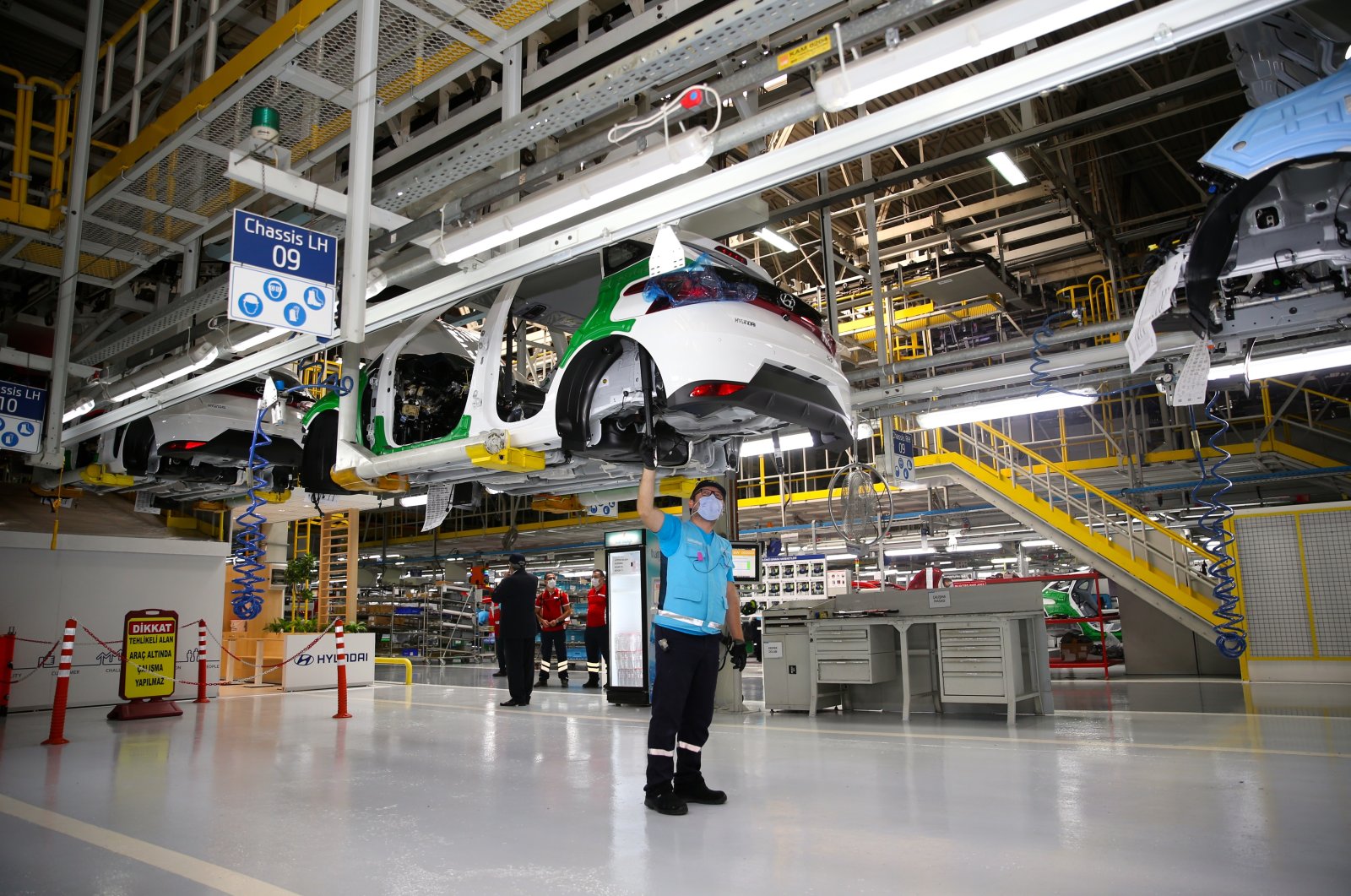 The capacity utilization rates of Turkey's automotive industry increased up to 90% in August, as the sector recommenced three-shift production, following a hiatus for maintenance, in order to continue meeting both domestic and overseas market demand.

The industry halted production over April and May in light of the COVID-19 outbreak, resuming production only in June, when the country entered its normalization process.

The capacity utilization rates of the automotive manufacturers then started to increase gradually, despite the 15-day maintenance and repair break in August.

Automotive Suppliers Association of Turkey (TAYSAD) Chairman Alper Kanca said that the industry's negative days were behind, noting incredible mobility in almost every company, as some manufacturers had already begun three-shift production following the break.

Some manufacturers have even started to work overtime to meet demand, he said, noting that they did not expect such a rapid start.

In an echoing statement, TAYSAD Vice-Chairman Kemal Yazıcı said the worst days were over and the future of the industry seemed brighter.

He added that if demand stays at current levels in the European market and there is no second wave of the pandemic, “the last four months of the year will be very positive.”

Yazıcı said that they were not expecting such demand from the domestic market, which even surprised European peers.

He explained this as the product of a couple of years of deferred demand. Auto sales increased by 65% year-on-year in June, jumping by 384% in July, Yazıcı added.

The loss of supplier industrialists was lesser than that of the main industry, according to the export figures in the first month of the year.

Yazıcı meanwhile said that over the June-July period, supplier industries had entered into a recovery period better than the main industry.

“It is estimated for the next four months that the original equipment manufacturers (OEM) in Turkey will produce more and are set to increase their exports significantly when compared to the previous months,” he said.

While some brands halted production in Europe during the pandemic period, sales have increased in Turkey, so these brands have maintained production for the Turkish market.

One of them, Skoda, has halted production at its factory in Czechia, however, it has continued manufacturing to meet Turkish orders.

Zafer Başar, chairman of Yüce Auto, Turkey's Skoda distributor, said that they had made the biggest fleet sales in the Turkish automotive industry and brand history at the beginning of the pandemic, noting the signing of an agreement for 2,717 vehicles consisting of Scala and Superb models.

He said that the Skoda factory had closed its doors when the pandemic hit most European countries, like every other factory in Europe, however, it had maintained production by implementing necessary hygiene protocols to deliver Turkish orders in time.

Başar added that they expected to sell 7,000 units over the course of this year and preserve their total sales aim of 25,000 units that was determined at the beginning of 2020.