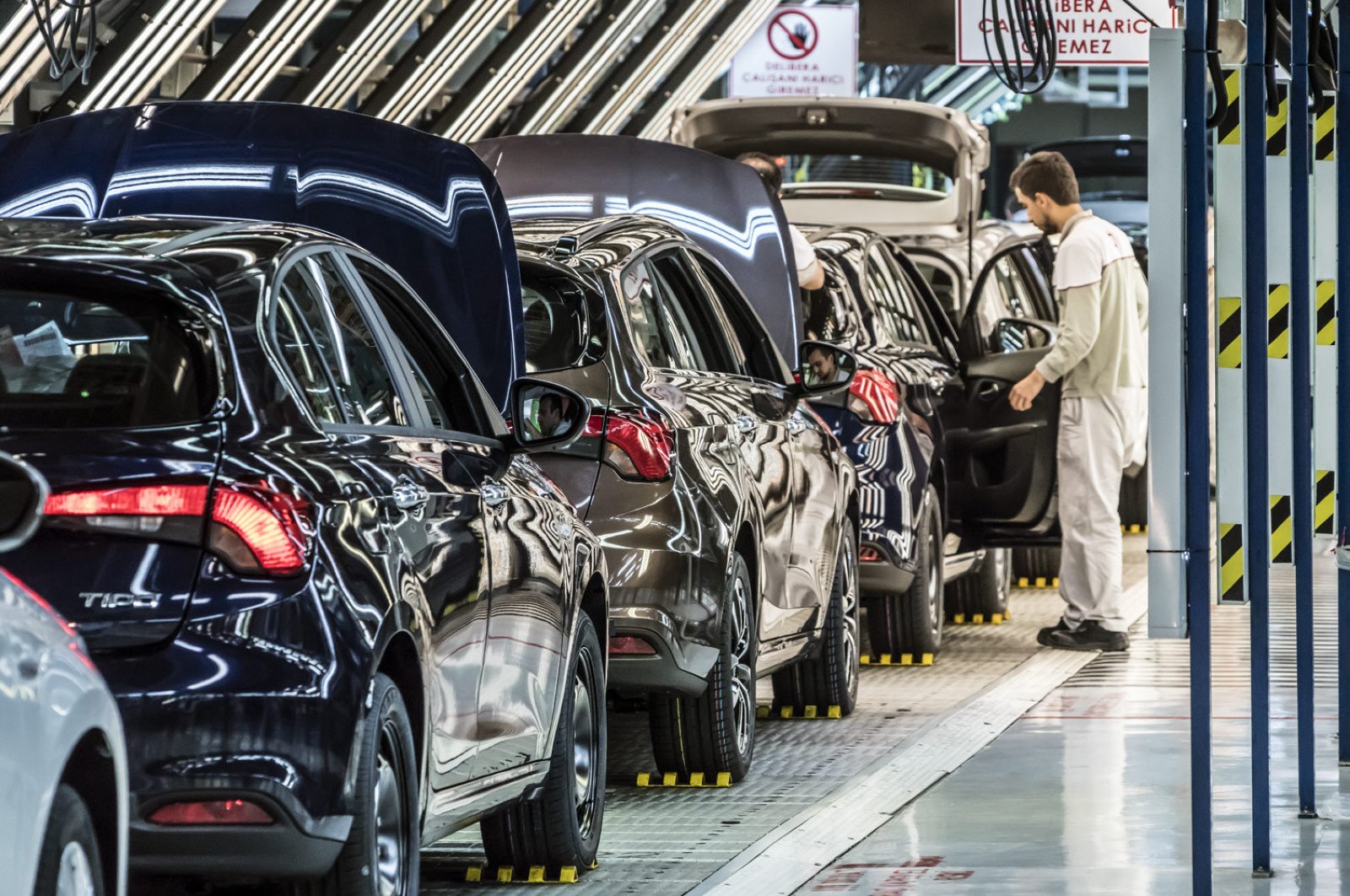 Turkey’s automotive industry has relaunched manufacturing after months of delay due to the coronavirus pandemic, as factories wait for European demand to return to normal.

With almost all car plants gradually restarting production as of May 11 in Turkey, the industry is now eyeing to bring its production capacity back to pre-pandemic levels by mid-July following a four-month hiatus to stem the coronavirus' spread as well as due to a collapse in demand. However, it could take some time for the European car market to recover the plunging demand even if factories are able to resume production.

Toshihiko Kudo, the CEO of Toyota Motor Manufacturing Turkey, said Saturday that the factory had returned to its normal plan of three rotating shifts and six-day production and was planning to reach 96% of the factory’s capacity by the end of May. He said they were now waiting for a signal from foreign car markets to ramp up production.

Meanwhile, Mercedes-Benz Turkey’s President and CEO Süer Sülün told Sabah the company’s Hoşdere Bus Factory resumed production on April 20 and was now working at 60% capacity while their Aksaray Truck Factory restarted its engines on April 24 with two shifts operating a day. Sülen said the company was planning to produce at full capacity starting in July.

Tuğrul Arıkan, the general manager of Turkish bus manufacturing company Anadolu Isuzu, said their factories were running at 60% of capacity, which Arıkan said could be increased depending on foreign demand.

He added that the company had started production with only 50% of the workforce initially and enhanced safety measures to protect workers from contracting the coronavirus: “We will increase the number of employees as well as our capacity once demand picks up.”

Meanwhile, Hyundai Assan CEO Ali Kibar said they were also waiting for orders from Europe to recover to increase production capacity, adding that they would continue to attract foreign investments despite the current industry outlook. “Currently, we host a South Korean technical team at our plant for a new investment plan. We will do our part to protect the positive perception of the business environment in Turkey.”

In the first quarter of this year, overall sales of passenger cars in the European Union, United Kingdom and countries party to the European Free Trade Association (EFTA) fell by 52.9% when many showrooms were closed due to lockdowns to contain the coronavirus pandemic, the ACEA auto association said.

Despite strong domestic demand, the automotive sector struggled with a drop in exports as Europe came to a near standstill. Around 75% of vehicles manufactured in the country are exported to the region. Automotive Manufacturers' Association (OSD) data showed that Turkey's total automotive exports volume saw a 33% annual decline in January-April.

"Domestic demand in Turkey was not enough to offset the collapse in demand from Europe for the automakers,” Alper Kanca, head of the Automotive Supplier Industry (TAYSAD), said.