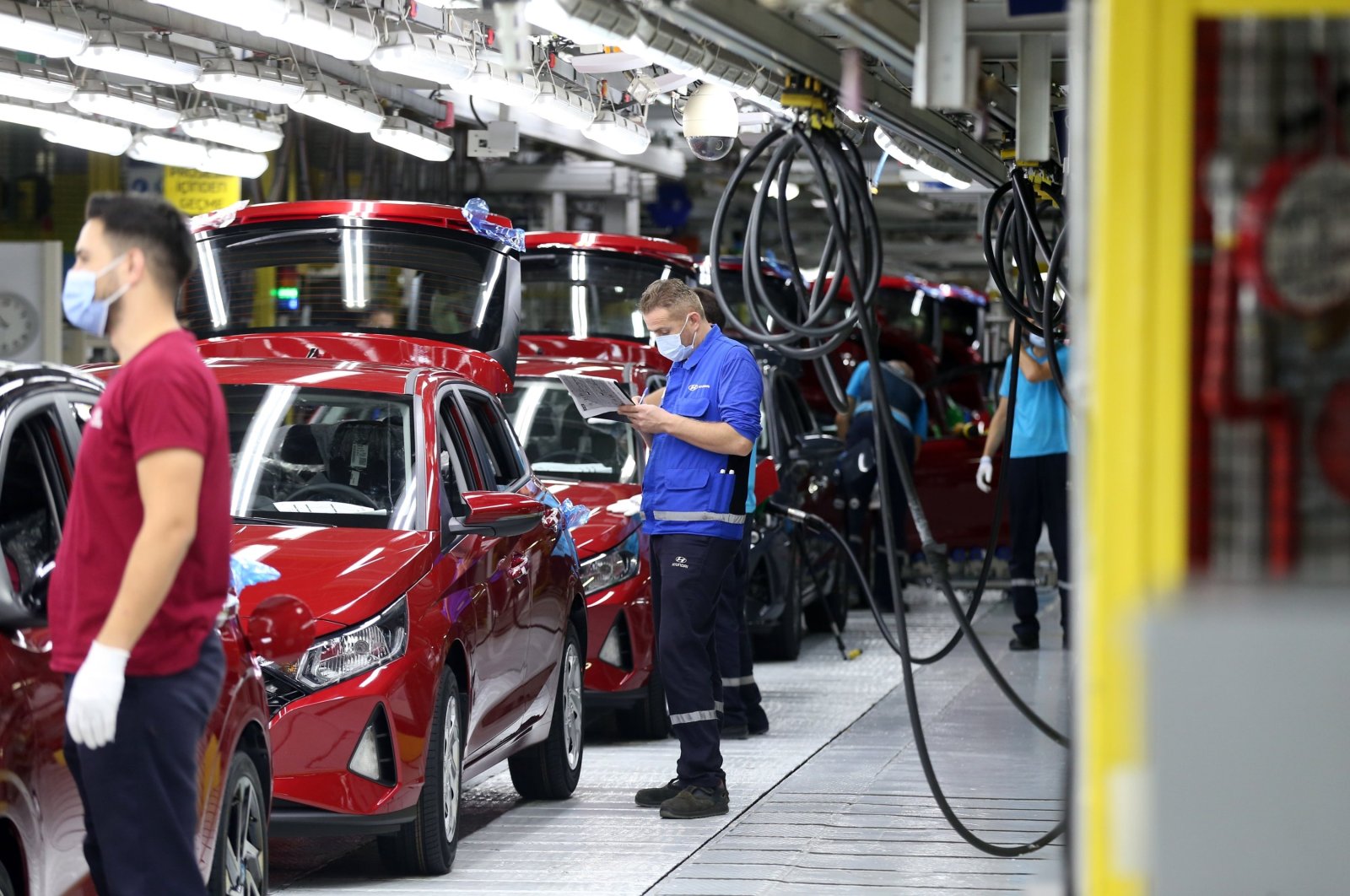 Automakers in Turkey produced 108,078 vehicles in October, including automobiles and commercial vehicles, according to a sectoral report released on Monday.

The figure decreased by 28% year-on-year last month, a report from the Automotive Manufacturers Association (OSD) showed.

Passenger car production in Turkey fell by 32.6% to 64,637 units during this period, said the report, adding that over 80% of manufactured vehicles were exported, marking a 16.4% annual decline to 87,027 units.

The association also said the country's overall auto sales market, including light trucks and other vehicles, shrank by 38% annually, reaching 60,044 units over the month.

Top international automakers – including Ford, Honda, Hyundai, Mercedes, Renault and Toyota – have factories in Turkey, one of the world's top auto sales markets.

Between January and October, auto production increased by 3% on an annual basis to over 1 million, while car production slipped by 5% to 635,745 units.