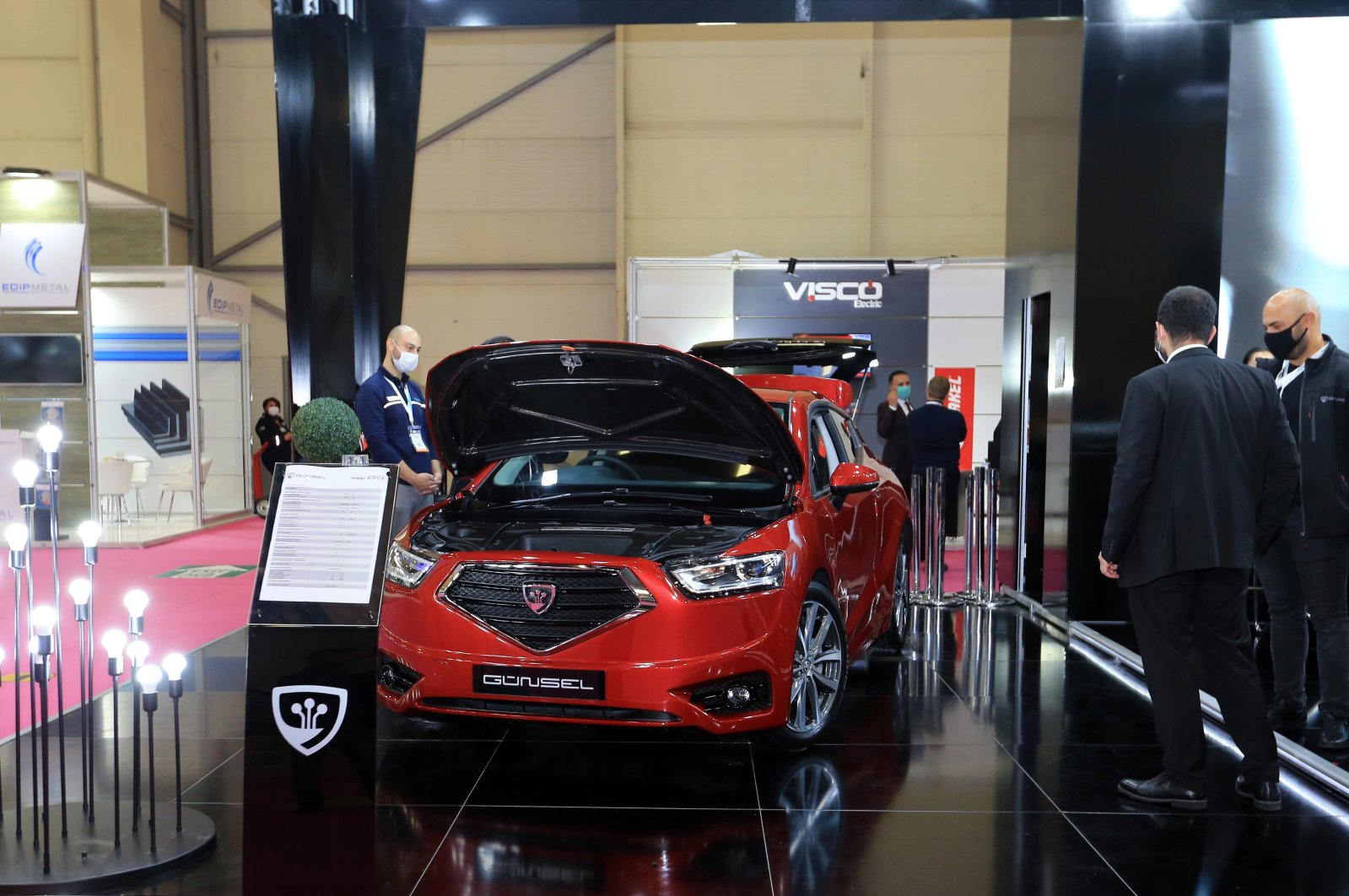 The Turkish Republic of Northern Cyprus’ (TRNC) domestically manufactured electric automobile, Günsel, is on display at a major trade fair in Istanbul this week.

Developed after years of work by 160 Turkish engineers and designers at the Near East University (YDÜ), the first model of the fully electric car, B9, is being introduced to visitors at the EXPO 2020 trade fair, organized by the Independent Industrialists and Businessmen’s Association (MÜSIAD).

The project to develop Günsel was first launched in 2016. The B9 model kickstarted its test drives earlier this month.

The brand is also showcasing the design concept of its second model, J9, at the fair in Istanbul.

“Günsel, whose design, engineering and software are completely owned by us and produced at the Near East University in the TRNC, is a car of the Turkic world,” said professor Irfan Günsel, chairperson of the board of Günsel.

The B-segment car can travel 350 kilometers (217.5 miles) without needing to recharge the battery, he told Anadolu Agency (AA) on the sidelines of the event.

The car is said to incorporate the latest electrical technology and aims to go from zero to 100 kilometers in eight seconds, with a 120 kilowatt (kW) electric engine equivalent to 160 horsepower. Its battery was manufactured by Günsel engineers.

The automobile is reportedly made up of 10,000 very safe, advanced and efficient parts. A cooperation protocol was signed between 800 companies from 28 countries for the parts to be used in the production process of the car.

Mass production is set to begin in the last quarter of 2021, with production capacity expected to reach 30,000 units per year by 2025.

Günsel said the second phase in the construction of the production plant has begun.

“We aim to be the most economical of the B-class vehicles,” he added. “We currently have a locality ratio of 70%.”