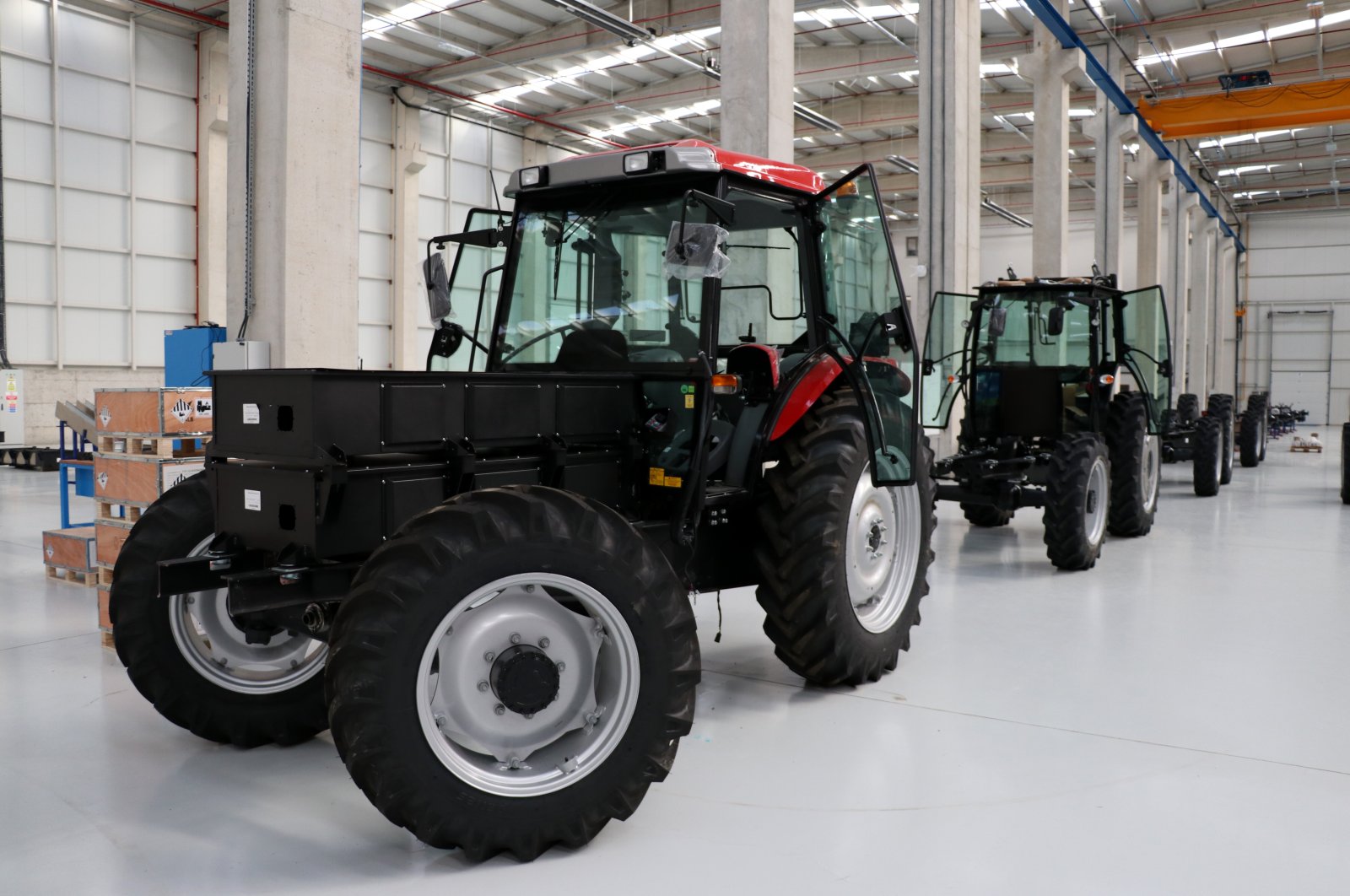 The development of a Turkish-made, king-size electric tractor has been completed, and the locally developed vehicle will be mass-produced as of June, the company’s head announced Monday.

“We have 25 tractors ready and waiting on our assembly line,” said Önder Yol, the chairperson of ZY Electric Tractor.

The project has been carried out jointly with public lender Ziraat Bank. It was expected to pass onto the mass production phase by the end of 2020 but was disrupted due to the coronavirus pandemic.

Yol explained that three types of tractors are currently being used in the country, namely garden, middle and large versions, noting they will be developing electric tractors suitable for their area of use.

The small version will have up to 140 horsepower and will be suitable for garden work and in the areas where the middle-size tractors can be used.

“These tractors can be charged in about 20 minutes and run for up to five hours,” Yol noted.

Middle-sized tractors usually have engines with up to 105 horsepower, he said, adding that their machines feature up to 220 horsepower.

These will be reliable for the even most difficult field conditions for up to seven hours, the chairperson said.

The mass production phase of the middle-sized electric tractors will start in the first months of 2022, Yol informed as he said 95% of the works have been completed.

The king-size version of the electric tractor will hit the market with 320 horsepower, above the world average of 130 horsepower.

This version will be able to run for up to seven hours. Yol said this extended use will lead to an increase in production.

“The tractor can be charged in 90 minutes. When a unit is placed outside, it can be easily charged in under an hour,” he noted.

“If it had not been for the pandemic, we would have already gone into mass production. We had difficulties completing our supplies. We have completed 85% of our paperwork for the type approval certificate,” he explained.

The company can manufacture up to 1,050 units of large-size tractors, a figure Yol said they aim to increase up to 10,000 in the coming period.

The biggest feature of these tractors is that it is quiet and doesn't emit fumes.

In animal husbandry, according to Yol, silence is important for animals since milk production can drop when they are constantly exposed to loud noises.