Boost given to Turkey's agriculture sector over last decade has paid off, minister says 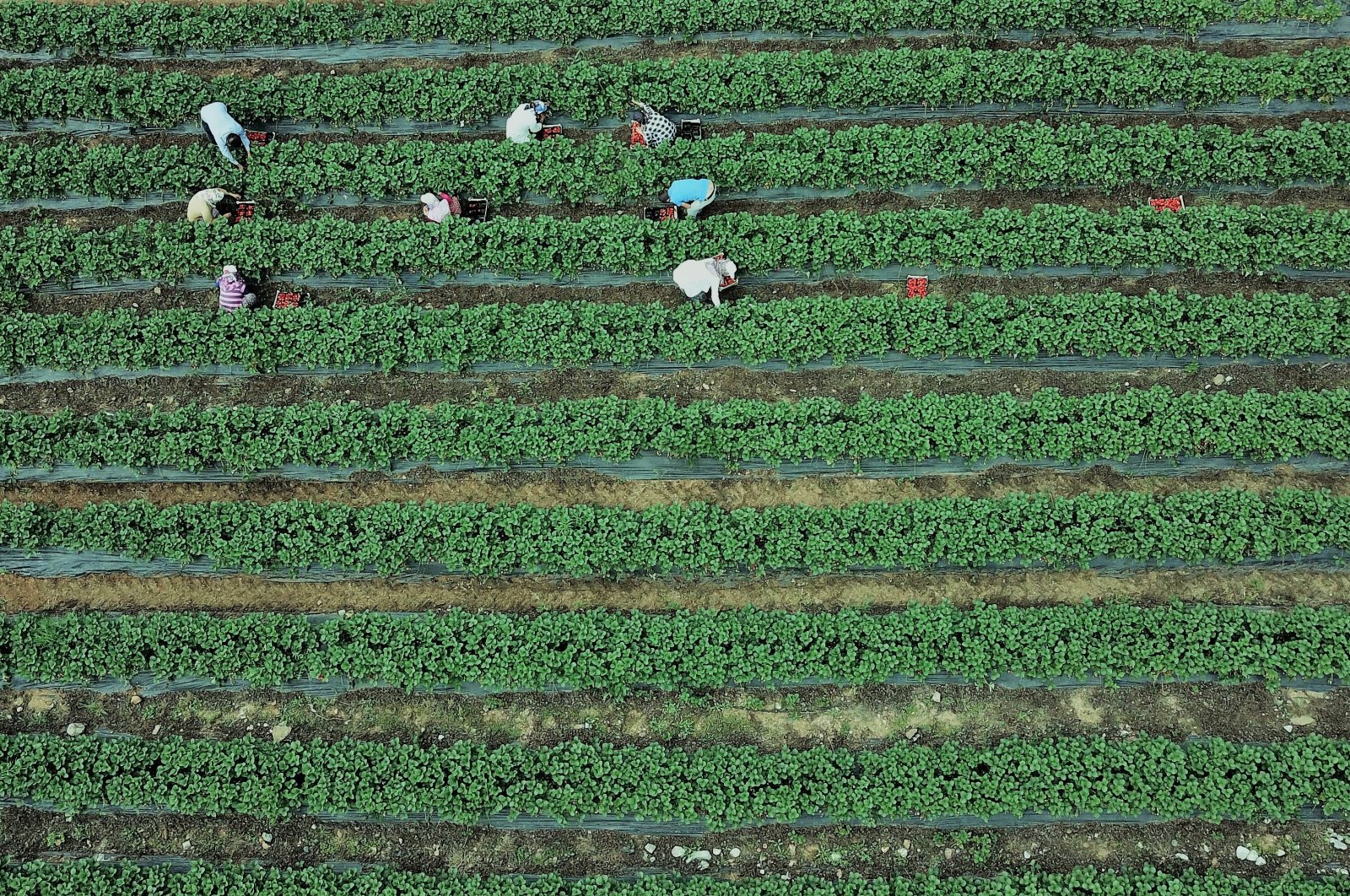 A series of support initiatives provided to Turkey’s agriculture sector over the last 18 years under the leadership of the ruling Justice and Development Party (AK Party) have paid off, Agriculture and Forestry Minister Bekir Pakdemirli said Wednesday.

"Over the last two years, we have increased our agricultural output by 45% to 275 billion Turkish liras ($37.6 billion). Today, we are the first in Europe in agricultural output and the top 10 in the world,” Pakdemirli said, speaking at a webinar organized by Turkuvaz Media Group and Para Magazine under the auspices of the Ministry of Agriculture and Forestry.

Pakdemirli noted that while 32% of the total agricultural areas worldwide had been cultivated, this rate rose to 61% in Turkey.

“Thus, we're better than twice the world average. With our 23.1 hectares of arable land we rank 17th worldwide,” he said, noting, however, that the country still ranked 47th place worldwide in terms of forestry. The country has increased its forestry areas to 22.7 million hectares with an increase of about 2 million hectares in last 18 years.

Saying that Turkey has great advantages in terms of geographical location, Pakdemirli noted that the country has rare biodiversity and is home to more than 12,000 plants.

“We have the opportunity to reach 40% of the world population with a flight distance of four hours. Our country is located in a region with an agricultural trade volume of 1.9 trillion dollars,” he said.

Speaking on the investments and the support provided to the sector in last 18 years, Pakdemirli said that TL 310 billion in agricultural support was provided while 585 dams were built, 6.6 million hectares of land were opened for irrigation and 4.6 billion saplings were planted. The country's seed production increased eight times while seed exports increased by 10 times, he added.

“In the last 18 years, we made $220 million in agricultural exports and posted $75 billion in foreign trade surplus,” Pakdemirli said.

Noting that the value of food is always better understood in days of scarcity, Pakdemirli said that the coronavirus pandemic had reminded the world of the importance of food and agriculture.

He said world agricultural output had reached $3.4 trillion with an 11-fold increase in the last 50 years with the effect of research and development (R&D) works.

Stating that the world population was expected to increase by 30% by 2050, Pakdemirli explained that an increase of 60% would, therefore, be expected in food demand.

The food supply chain includes many elements from seeds to production, from harvest to transportation and from storage to marketing, he said, noting that “short value chains” in food supplies are among the issues that will be on the agenda in the next 10 years to simplify this system and reduce the levels between producer and consumer.