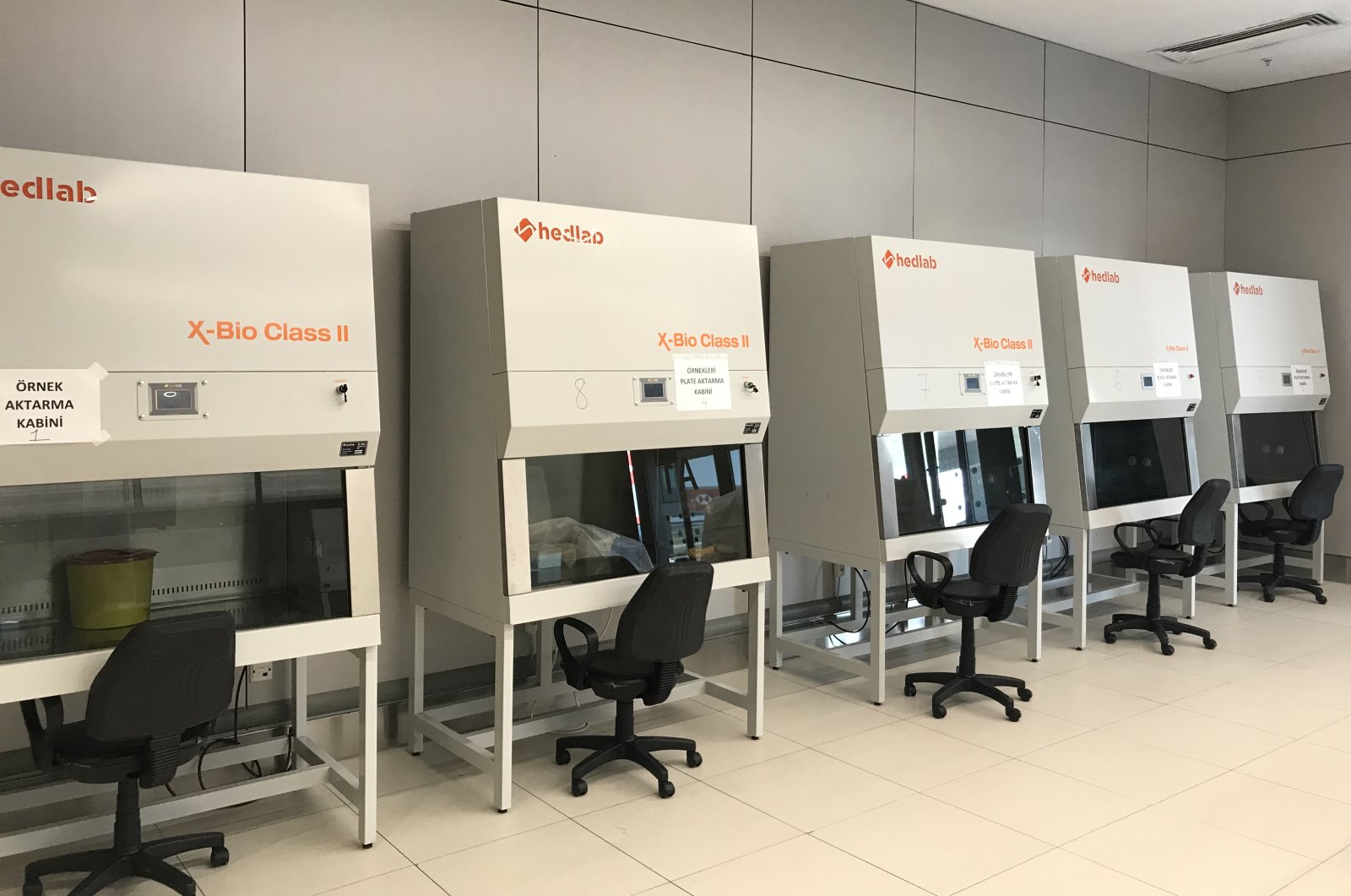 The cabins where samples are taken from passengers as part of coronavirus testing are seen at Istanbul Airport, Istanbul, Turkey, June 1, 2020. (AA Photo)
by DAILY SABAH WITH AA Jul 02, 2020 1:30 pm
RECOMMENDED

A special center for conducting coronavirus tests has been established at Istanbul Airport for passengers, the airport's operator IGA said Wednesday.

The swab samples taken from the throat and nose of the passengers will be processed and examined in the laboratories located at the airport terminal and the results will be delivered to passengers within two hours, Fatih Mere, IGA's operations control director, told reporters.

The passengers will have a PCR test prior to departure and after arrival. The test results will be sent via email in Turkish and English or hard copies will be provided to the passengers who are going to travel abroad or are returning to Turkey, Mere said.

The center has the capacity of conducting 38,000 to 40,000 tests per day, he said, adding that the center was established in line with the joint demands of the Health Ministry and the Culture and Tourism Ministry of Turkey.

"We have 50 cabins for taking samples. The hourly capacity is 2,000 tests," Mere said, underlining that the Health Ministry fee for PCR tests is TL 110 (around $16).

"We have no profit margin here. It is a service that we offer to ensure that passengers can have their tests done and continue their flights without stress," he said.

In the first phase, they tested 520 airport staff before the passengers arrived, noting that all test results came back negative, Mere noted.

Culture and Tourism Minister Mehmet Nuri Ersoy last month said COVID-19 testing centers will be opened first at the busiest airports, namely in Istanbul, the Mediterranean resort city of Antalya, the western province of Izmir and the vacation town Dalaman in early July, while they will be established in other airports by July 15.

After a two-month hiatus, Istanbul Airport resumed international flights on June 11 as part of the normalization process. Domestic flights in Turkey had restarted on June 1.

The international airport, whose first phase officially opened in October 2018, is one of the most important and largest airports in the world with around a 90 million annual passenger capacity.

It is projected to serve 200 million passengers annually at full capacity after the completion of all four phases with six runways by 2028.

Since originating in China last December, the coronavirus pandemic has claimed over 516,000 lives in 188 countries and regions.

More than 10.7 million cases have been reported worldwide, while over 5.48 million patients have recovered so far, according to figures compiled by Johns Hopkins University.