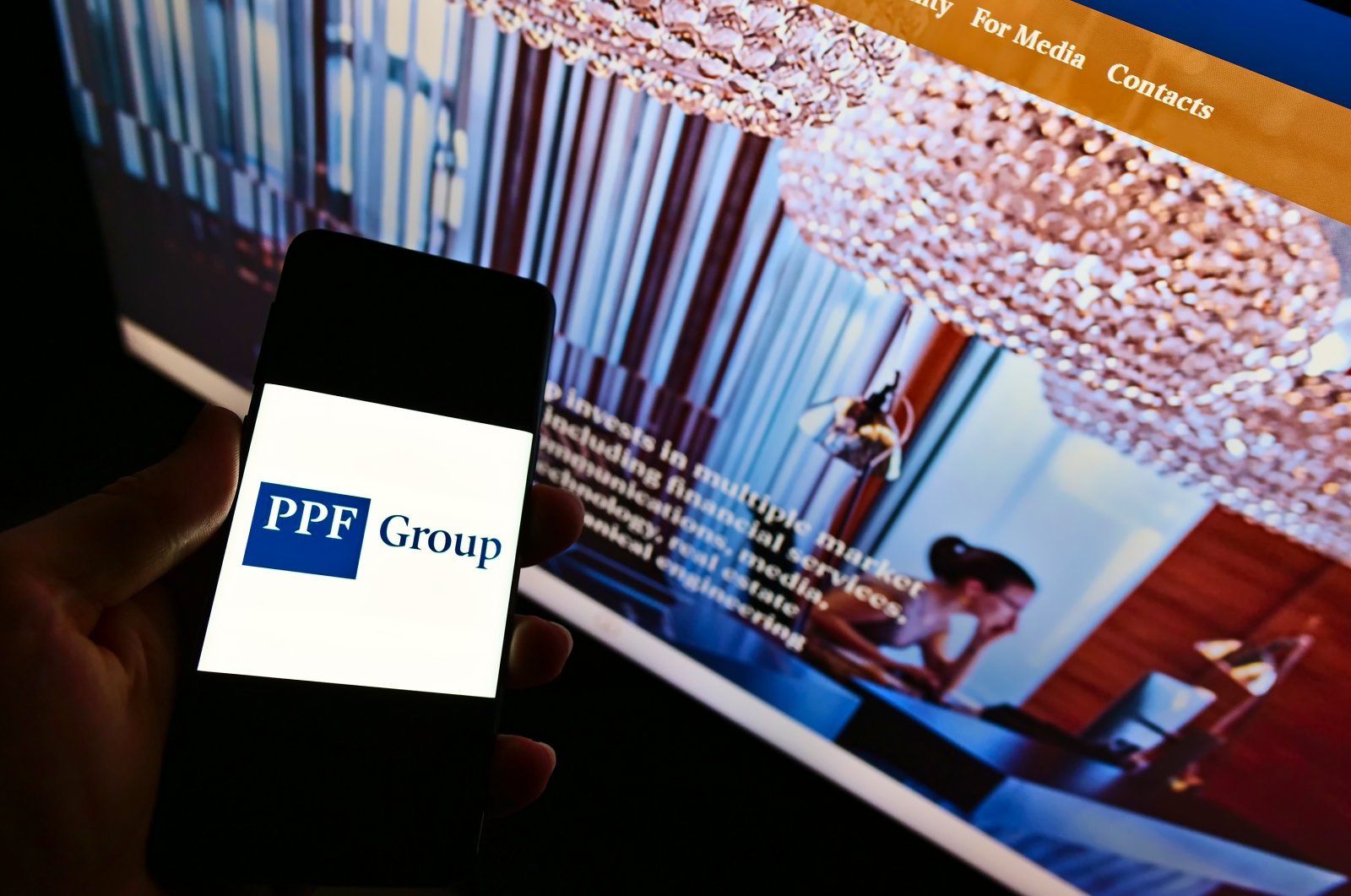 A view of a person holding a smartphone with the logo of financial and investment company PPF Group N.V. on display. (Shutterstock Photo)
by compiled from agencies Mar 29, 2021 9:36 am
RECOMMENDED

The Czech Republic's richest man, billionaire Petr Kellner, was killed in a helicopter crash in Alaska, his financial group PPF said on Monday. Kellner was 56.

PPF said five people died in the crash and that the circumstances were being investigated.

"We announce with the deepest grief that, in a helicopter accident in Alaska mountains on Saturday, March 27, the founder and majority owner of the PPF group, Mr Petr Kellner, died tragically," PPF said in a statement.

The five killed in the Saturday accident were identified as Gregory Harms, 52, of Colorado; Petr Kellner, 56, and Benjamin Larochaix, 50, both of the Czech Republic, and two Alaskans, Sean McMannany, 38, of Girdwood, and the pilot, Zachary Russel, 33, of Anchorage, Alaska State Troopers said Sunday. The hometowns of the non-Alaskans were not immediately available.

Harms was a pioneering heli-ski guide in Alaska and worked for many years at the lodge, Pruitt said. “Greg was one of the most experienced guides in the business,” Pruitt said in an email to The Associated Press (AP). He also founded a heli-ski company that led trips across the world.

McMannany had been a guide for over 10 years, and was with the lodge for the last five, she said. He was also an avalanche instructor and an experienced mountain guide on Denali, North America's tallest peak.

Kellner and Larochaix “were loyal and frequent” guests at the lodge, she said.

Russel was a pilot for Soloy Helicopters, a Wasilla-based company that is contracted by the lodge to provide transportation, Pruitt said.

“This news is devastating to our staff, the community in which we operate and the families of the deceased,” a statement released by the lodge said.

The Eurocopter AS50 crashed under unknown circumstances about 50 miles (80 kilometers) east of Anchorage at 6:35 p.m. Saturday, the Federal Aviation Administration said Sunday. Authorities said the crash site was near Knik Glacier.

The lodge is located about 60 miles (97 kilometers) northwest of Anchorage, on Judd Lake. The company website bills itself as the longest operating heli-skiing lodge in Alaska, promising deep powder, pristine runs on some of the best mountain terrain in the world. “An unparalleled alpine adventure is only a helicopter ride away,” the website says. Packages start at $15,000 per person.

In a statement, the lodge said this was the first time in its 17 years of business that “we’ve had to face an event of this measure.”

Soloy Helicopters has a fleet of 19 helicopters providing charter services primarily in Alaska.

Its website says it provides support to government and industry, specializing in work for seismic oil drilling exploration programs. Soloy Helicopters did not immediately respond to an email from AP seeking comment Sunday.

Alaska State Troopers said in a statement Sunday that they received a report of an overdue helicopter and the location of possible crash debris Saturday night.

A rescue team from Alaska Rescue Coordination Center was dispatched to the crash site in the area of Knik Glacier just after 10 p.m., troopers wrote. The team arrived to find five occupants dead and a sole survivor, who was taken to a hospital.

The Alaska Army National Guard and volunteers from the Alaska Mountain Rescue Group recovered the bodies from the crash site Sunday and turned them over to the state medical examiner.

A temporary flight restriction placed over the glacier has been lifted, troopers said.

The National Transportation Safety Board is investigating the case of the crash.

Kellner was a towering business figure of the Czech post-communist era, with his wealth estimated at $17.5 billion according to Forbes.

His roots go back to the 1990s when he set up PPF as an investment company with partners to take part in the country's scheme to privatize hundreds of state-owned companies.

PPF went on to grow in insurance, finance, telecommunications, manufacturing, media and biotech in businesses spanning mainly Europe, Asia and the United States.