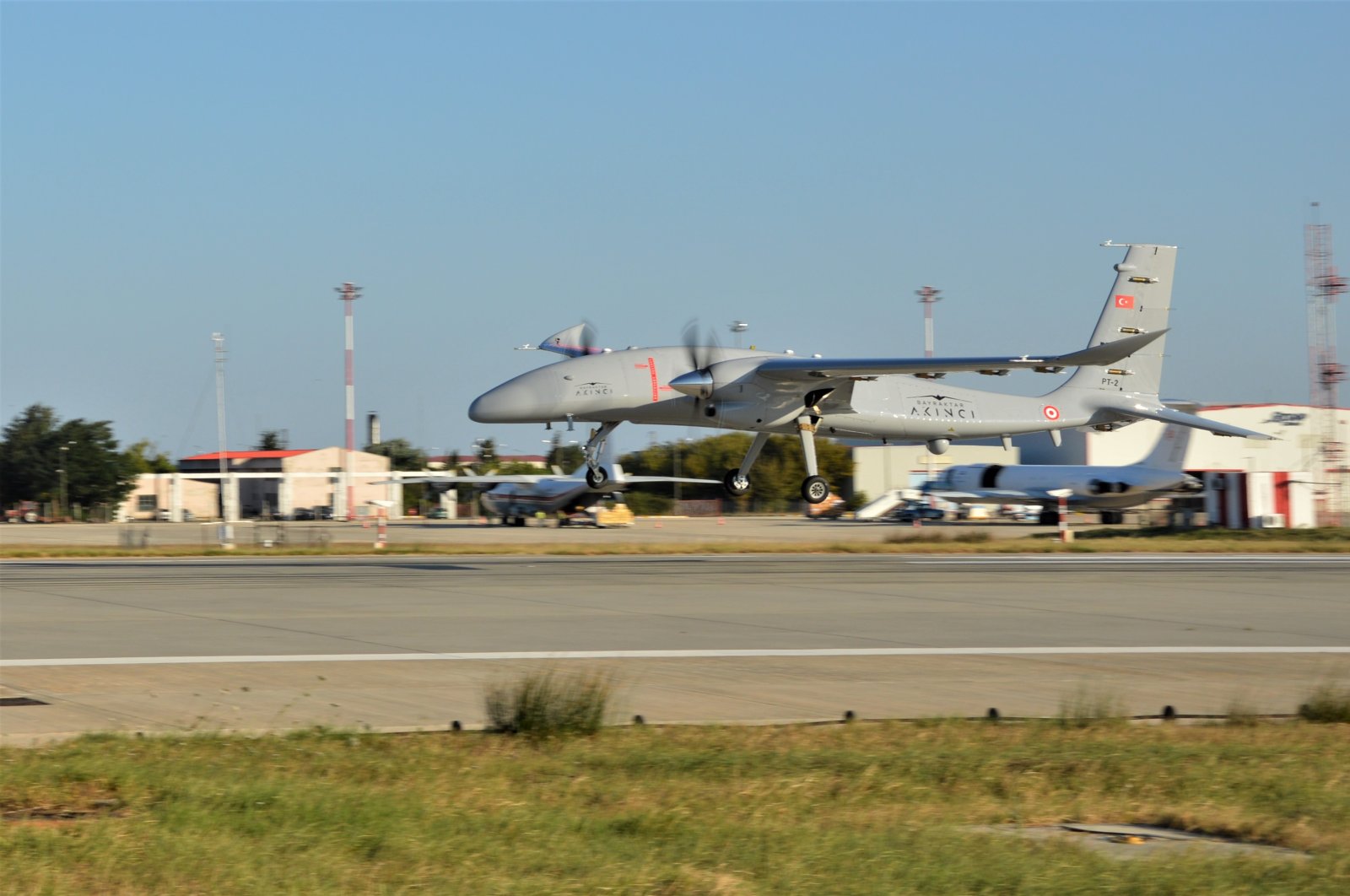 The test flight of the drone, developed by the country’s leading drone maker Baykar Makina, was carried out at the Bayraktar Akıncı Flight and Training Centre at the Çorlu Airport Base Command, in northwestern Turkey’s Tekirdağ province Thursday.

As part of the System Verification and Identification Test, the prototype took off at 5:28 p.m. local time and stayed in the air for 1 hour and 2 minutes, the manufacturer said in a statement.

On Aug. 6, 2019, the combat drone’s first prototype completed its maiden flight. The Akıncı UCAV prototype PT-1 made its second flight on Jan. 10.

During the second test flight, the Akıncı stayed in the air for 1 hour and 6 minutes, reaching an altitude of 5,000 feet.

The latest test flight was the third, conducted within the scope of the Bayraktar Akıncı project. The later tests will be carried out using two prototypes from now on.

Baykar’s Chief Technology Officer Selçuk Bayraktar said the combat drone has successfully completed all the segments of the flight test.

Initial delivery of the Akıncı UCAV is expected to be made over this year while the integration process of the third prototype is ongoing.

With the Akıncı UCAV, Turkey will become one of only three countries capable of producing this drone class.