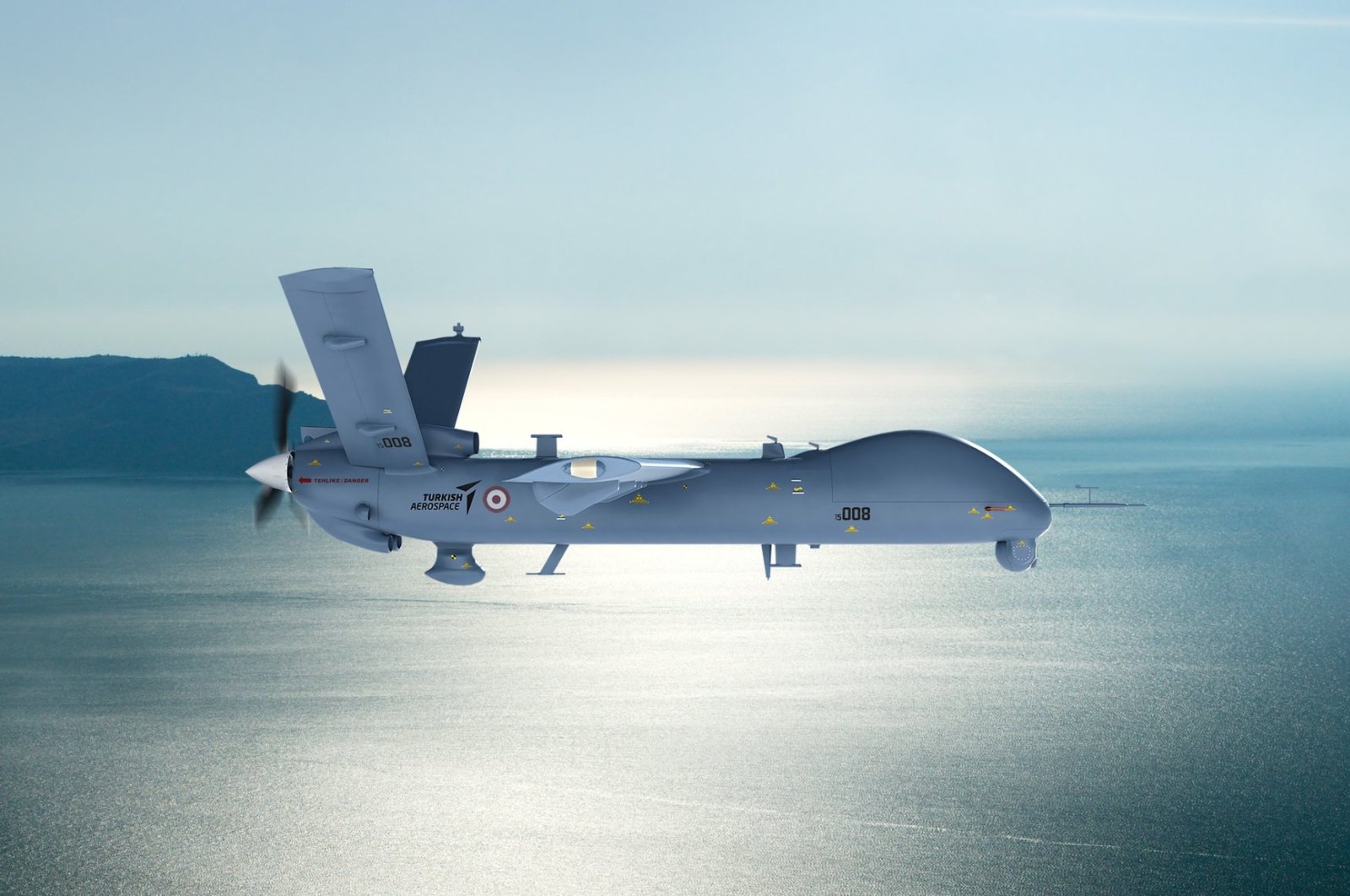 Turkish Aerospace Industries (TAI) has delivered one more unmanned aerial vehicle (UAV) – the ANKA – with a longer range and equipped with an automatic identification system and synthetic aperture radar (SAR), to the Turkish Naval Forces (DzKK), the manufacturer said Monday.

With the recent delivery, the number of UAVs and armed UAVs in the Turkish security forces’ inventory has reached 144.

Some 110 of these include Bayraktar TB2 drones produced domestically by Turkey’s leading aviation company Baykar Makina. The number of ANKA drones in the inventory is 24, four of which have been delivered to the DzKK. The remaining 10 include Israeli Heron UAVs.

The ANKA, which can be deployed in the Aegean and Mediterranean seas with its SAR and camera load for surface reconnaissance and surveillance missions, can gather intelligence from a distant range and above clouds thanks to its new radar system.

The system will also be able to identify and pinpoint positions of surface elements. With the imaging modes, intelligence can be gathered from strategic targets such as ports and base areas. Thanks to its high-tech search modes, on the other hand, the speed and location of moving targets can also be detected.

The UAV first entered the Turkish military's inventory in 2016 following the successful testing of a prototype in 2013.

One of these systems has been integrated into the ANKA, with flight tests carried out to this end.