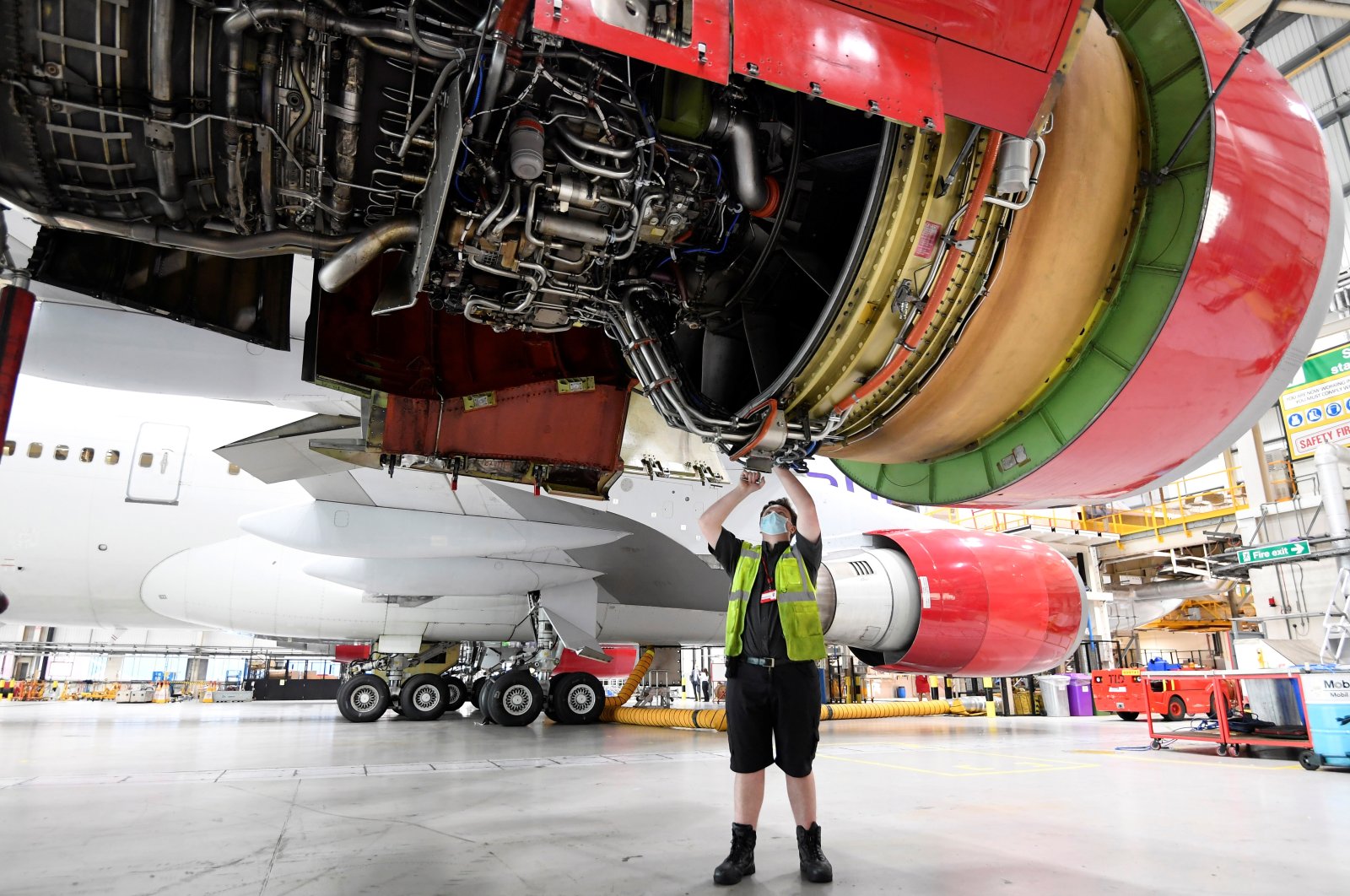 An engineer works on the Boeing 747 jumbo G-VROY, named "Pretty Woman," being retired from passenger service by Virgin Atlantic Airways, before its redeployment as freight and military carrier, in a maintenance hangar at Heathrow Airport, London, Britain, Dec. 11, 2020. (Reuters Photo)
by DAILY SABAH Dec 13, 2020 5:23 pm
RECOMMENDED

U.S. aircraft giant Boeing has conducted the first flight tests of a prototype of the MQ-25 unmanned tanker aircraft with the installed refueling equipment. The tests were carried out in conjunction with specialists from the U.S. Navy and were deemed successful.

The MQ-25 received one overhead container with a hose-cone system. The same ones are installed on carrier-based fighters Super Hornet and FIA-18 jet fighters. The first flight of the MQ-25 with refueling equipment lasted 2.5 hours. Experts have tested the effect of an overhead refueling container on the aerodynamics of an aircraft.

According to the media reports, the flight showed that the autonomous drone's aerodynamics were sound with a wing-mounted pod that it is expected to carry most of the time.

Boeing won a tender to develop the MQ-25 drone in 2018. The company was awarded a U.S. Navy contract to design, manufacture and test four vehicles. The MQ-25 received a trapezoidal fuselage and a normal swept wing.

The flight tests of the device will be carried out over a year and a half. Such checks will allow to obtain complete information about the operation of all drone systems, including the refueling one, as well as modify them. Boeing will then begin extensive testing of four MQ-25 prototypes, the first of which is to be handed over to the military in 2021.

The U.S. Navy ultimately hopes to order more than 70 MQ-25 drones. The robotic aircraft should not only free jet engines for their intended combat missions but also relieve human pilots from the need to perform a routine and often mundane mission. While this can lead to fewer pilots overall, it will also help keep people out of danger.