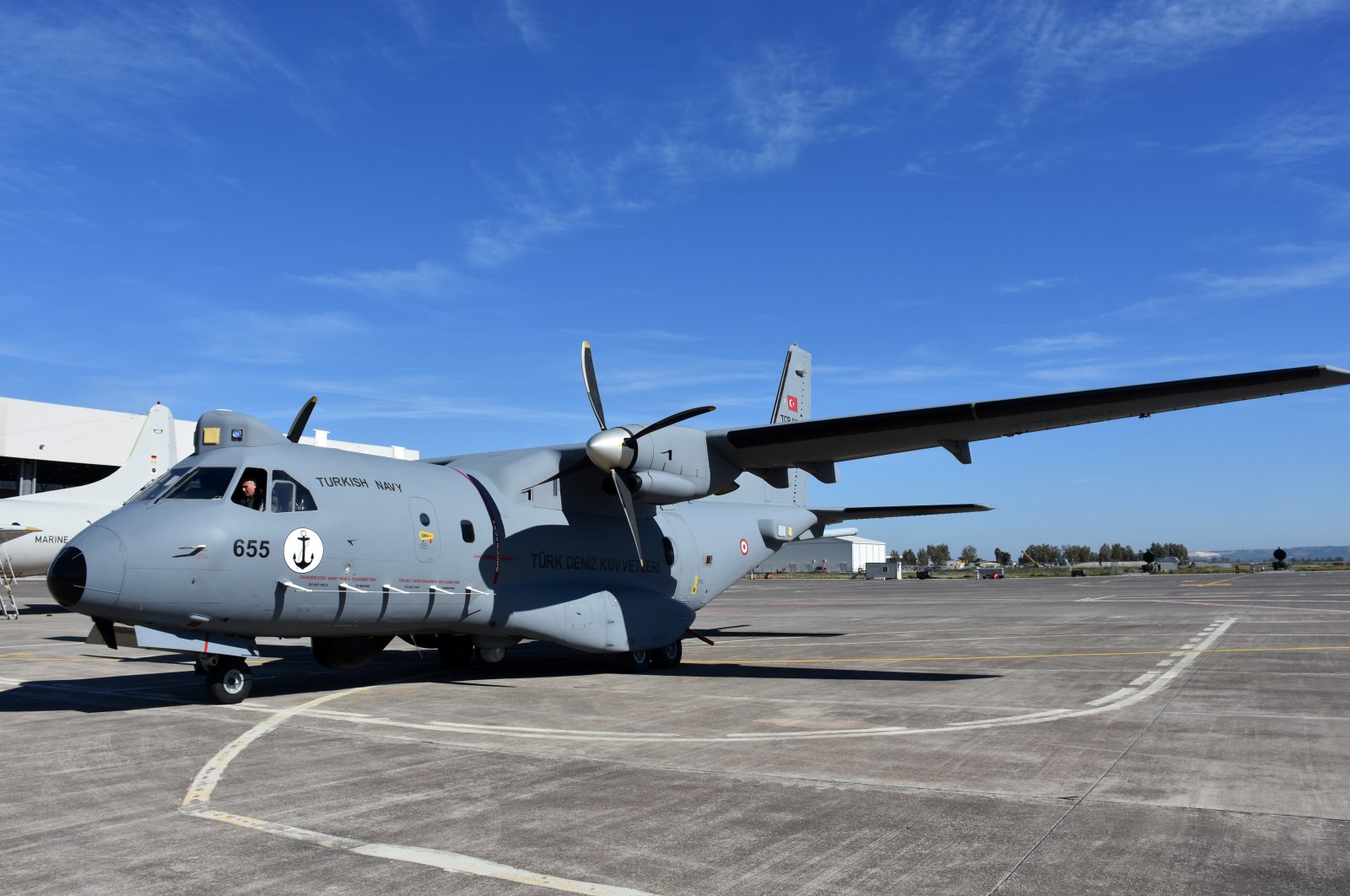 Turkey continues to use domestically built maritime patrol aircraft in missions across several regions, including the Black Sea, the Aegean, the Eastern Mediterranean and the coast of Libya.

The P-235 aircraft was produced as part of the Meltem-2 Project and was added to the Turkish navy's inventory in 2014.

In addition to the P-235, Turkey also used its TCG Salihreis frigate, Preveze-class TCG 18 Mart frigate and Gabya-class TCG Gaziantep frigate in the drill. The TCB 655 maritime patrol aircraft, which completed all of its planned sorties, was also displayed.

The Dynamic Manta drill – an annual advanced anti-surface and anti-submarine warfare exercise – began on Feb. 24 off Italy's Sicily Island and ended on March 6.

In the joint drill with the Italian ITS Todaro submarine, the French FS Provence frigate and the Spanish ESBS Cristobal Colon frigate, Turkey's P-235 provided air support for over four hours and then returned to Sigonella naval air station in Sicily.

The Turkish Naval Forces have six patrol aircraft capable of underwater aerial sensing, electronic warfare and submarine warfare. They are among the strategic elements of the Turkish Armed Forces (TSK) stationed in the Eastern Mediterranean and the Aegean Sea.