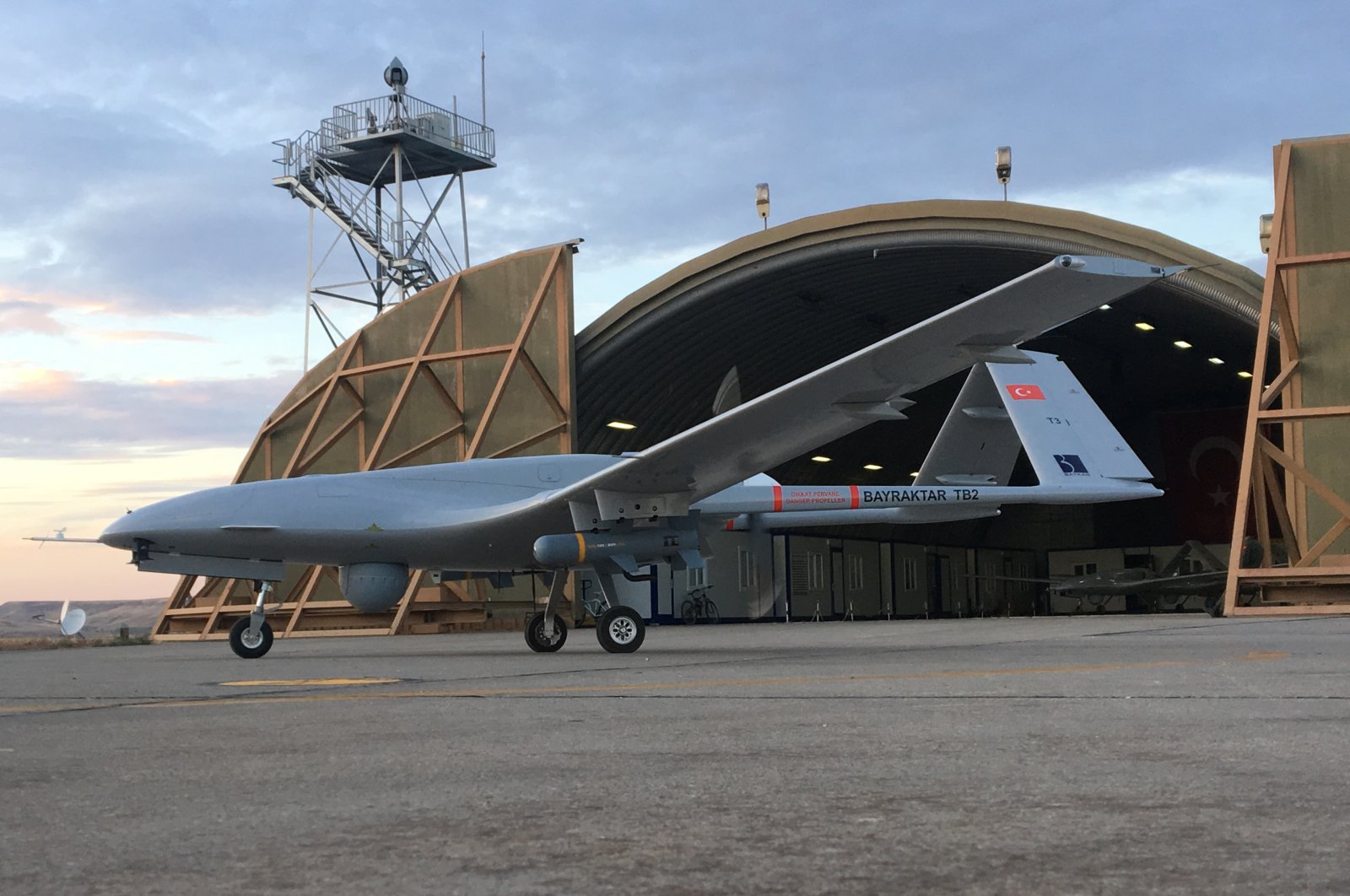 Turkey’s armed low-cost unmanned combat aerial vehicles (UAVs) that have proven their capabilities on the field are reshaping battlefields and geopolitics, a report said Thursday.

The drones were successfully used in several recent regional conflicts in which they were seen pinpointing and hunting down armored vehicles and air defense systems, including in Libya, Syria and the Nagorno-Karabakh war between Azerbaijan and Armenia. The drones also proved particularly useful in the fight against terrorist groups.

Smaller militaries around the world have been seen deploying inexpensive missile-equipped drones against armored enemies, proving it to be an advantageous new battlefield tactic, The Wall Street Journal reported.

"These drones point to future warfare being shaped as much by cheap but effective fighting vehicles as expensive ones with the most advanced technology," it said.

Last July during a virtual gathering of the Air and Space Power Conference, Britain's Defense Secretary Ben Wallace stressed the "game-changing" role of Turkish drones in modern warfare in the Middle East and North Africa.

"We need to look at the lessons of others. Look how Turkey has been operating in Libya, where it has used Bayraktar TB2 UAVs since mid-2019," said Wallace at the time.

According to the company, currently, 160 Bayraktar platforms are being put to use by Turkey, Qatar, Ukraine and Azerbaijan.

The TB2 is lightly armed with four laser-guided missiles. Its radio-controlled apparatus limits its basic range to around 200 miles, roughly a fifth of the ground the MQ-9 can cover, said the report.

"Yet it is utilitarian and reliable – qualities reminiscent of the Soviet Kalashnikov AK-47 rifle that changed warfare in the 20th century," praised the report.

"A set of six Bayraktar TB2 drones, ground units and other essential operations equipment costs tens of millions of dollars, rather than hundreds of millions for the MQ-9," said the report.

The Bayraktar TB2 first made an international name for itself in the Syria war early last year after the Turkish military launched Operation Spring Shield in northern Syria, backed by electronic warfare systems, ground troops, artillery and warplanes.

The report also highlighted the role of the drones in the Libyan civil war, which it said "helped turn the tide" in the conflict last spring.

Turkey backed the Tripoli-based government against putschist Gen. Khalifa Haftar and his forces.