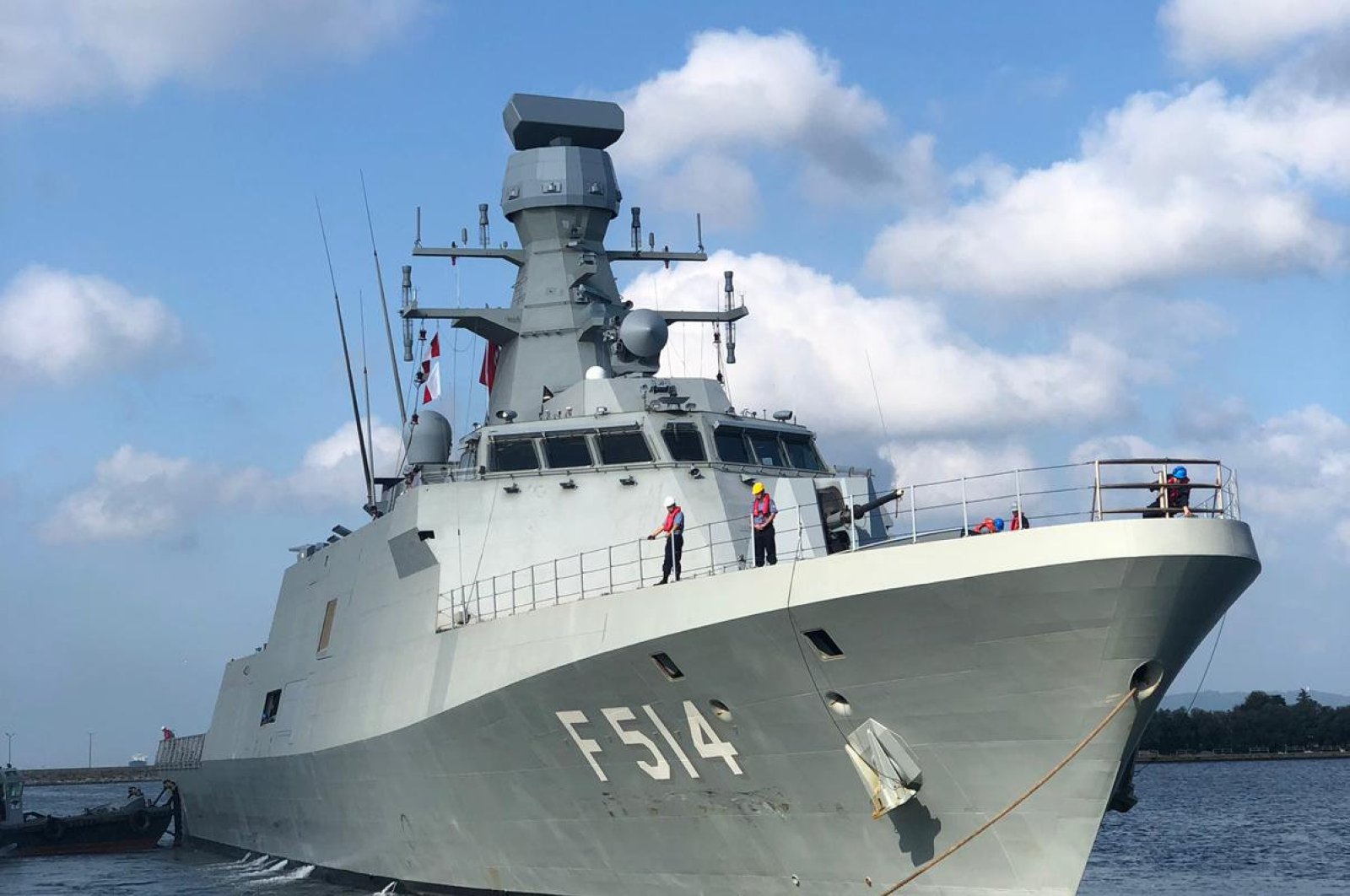 Istanbul Frigate, the first vessel of Turkey's I-class frigates that are based on the MİLGEM project, is expected to join the Turkish Naval Forces Command inventory in September 2023.

The MİLGEM project was initiated to locally design and build a fleet of multipurpose corvettes and frigates that will replace older ships.

The new class of frigates has seen the use of domestic technology and resources soar with more local subcontractors, as well as small and medium sized companies participating in the project.

The STM Defense Technologies Engineering and Trade Inc. has been building marine platforms and carried out modernization works at home and abroad.

It is the main contractor building the 5th MİLGEM vessel, the Istanbul Frigate (F-515). It signed related agreements with the Presidency of Defense Industry last April.

The STM has worked with approximately 300 system providers and more than 400 building material suppliers and manufacturers in projects it has undertaken so far. It is responsible for the new vessel's design, weapons, electronics and main propulsion systems.

The project has had Turkey's leading defense companies ASELSAN and HAVELSAN as its main business partners. It also has around 80 subcontractors work for more than 150 systems. Around two-thirds of those subcontractors are domestic while the rest are international companies.

The target locality rate of I-class frigates will be at least 75%, while this rate is around 72% in the platform systems, excluding the main drive system, on the Ada-class MİLGEM corvettes.

The majority of domestic suppliers working in the projects, other than STM's main business partners, are medium-sized or SME-level companies, two-thirds of which are industrial producers and the rest are technology-oriented suppliers.

The I-class frigates, first of which is expected to set for a trial run next January can also be exported abroad like Ada class corvettes, in line with the superior class-characteristics and relevant country usage requirements.

After the equipment tests out at the pool, port acceptance tests on the Istanbul frigate will begin in May 2022, followed by cruise acceptance tests in January 2023. The vessel will be delivered to the Naval Forces Command in September 2023.

Meanwhile, the projects with Pakistan which use Turkish systems create export opportunities for them as they are recognized on international platforms.