Kırıkkale province: Turkey’s defense industry hub that lent its name to a pistol 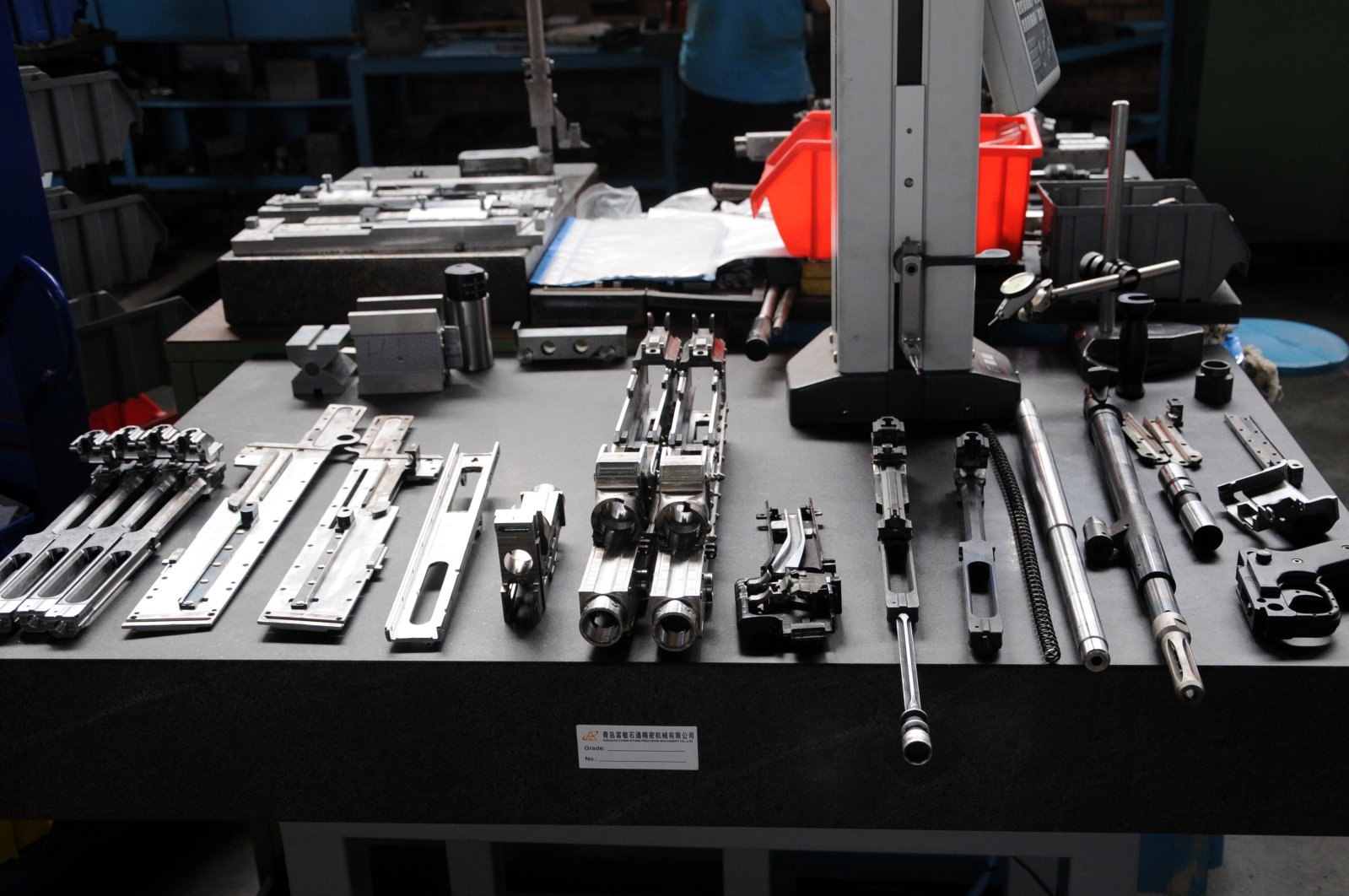 The central Turkish province of Kırıkkale has been dubbed a major defense industry zone over the years. (AA Photo)
by DAILY SABAH WITH AA
May 01, 2020 2:16 pm

Kırıkkale province in central Turkey near the capital Ankara inspired the name for a domestically produced pistol brand and has been the site of numerous successful domestic arms projects. It is now a defense industry hub, especially benefiting from private sector investments.

The city is home to the Mechanical and Chemical Industry Corporation (MKEK) that operates several factories. It is also where the country’s first fully domestic infantry rifle was also produced, along with Turkey’s first weapon-specialized Organized Industrial Zone (OIZ), established in 2014.

The defense industry’s history in the city began with a cartridge factory, which was the first industrial facility to be established in the province. The factory, which was used as the Military Rediff Warehouse for some time, was repurposed as a cartridge producing center in 1907 and was also used between 1921 to 1925 during the country’s War of Independence.

The aim of establishing the industry corporation was to make military factories operational and to provide a structure for qualified products that will appeal to both civil and military sectors to meet the needs of the Turkish Armed Forces (TSK) safely and steadily, to produce high-tech warfare weapons and vehicles domestically, and to create production facilities that will create infrastructure for this.

The city, where the MKEK has been rapidly expanded, even lent its name to the "Kırıkkale 7.65" pistol produced in one of its factories.

MKEK's contribution to the country's economy has reached significant dimensions with its investments and capital participation in the private sector, especially after 1960. With technology investments, new products were acquired and significant foreign currency savings were made, while the corporation continued to pioneer the defense industry.

The production of the infantry service rifle called the MPT-76 in the MKEK factory was the first project that was completely domestic and carried out by Turkish engineers.

The MPT-76 became the world's only weapon to pass over 50 tests successfully. The mass production began for the national rifle in 2016 after completing the tests in 2014.

The mass production of the MPT-55, another weapon domestically produced by the Turkish engineers and employees in line with the needs of the TSK, also began in 2017.

Most recently, Ismail Demir, the head of the Presidency of Defense Industries (SSB), told Anadolu Agency (AA) that the number of produced and delivered 5.56 mm caliber infantry rifles were over 65,000.

The MKEK is currently the only organization in the world that can produce weapons and ammunition in all calibers between 5.56-203 mm under one roof. It produces ammunition of different caliber required by security forces, howitzer, tank, mortar and artillery rocket ammunition. It has the ability to manufacture various infantry and machine guns, such as the G-3, MP-5 and MG-3 weapons systems belonging to the Korkut air defense system, the T-155 Storm and Panther howitzer in the Turkish security forces’ inventory.

Besides the MKEK, the Ammunition Reclamation, Development and Overhaul Center (MIGYEM) and the Turkish Armed Forces Munitions Disposal Facility were also established in Kırıkkale, along with the country’s first arms-specialized OIZ. In 2017, seven companies were allocated land in the industrial zone, while the number of companies operating in the area is expected to be increased further, creating employment opportunities for the industry.

All kinds of weapons, anti-aircraft guns, all diameter and model guns, long and short barrel guns, high-tech digital products for the defense industry, binoculars, night vision camera systems and defense industry equipment will be developed in the OIZ, along with the necessary software.