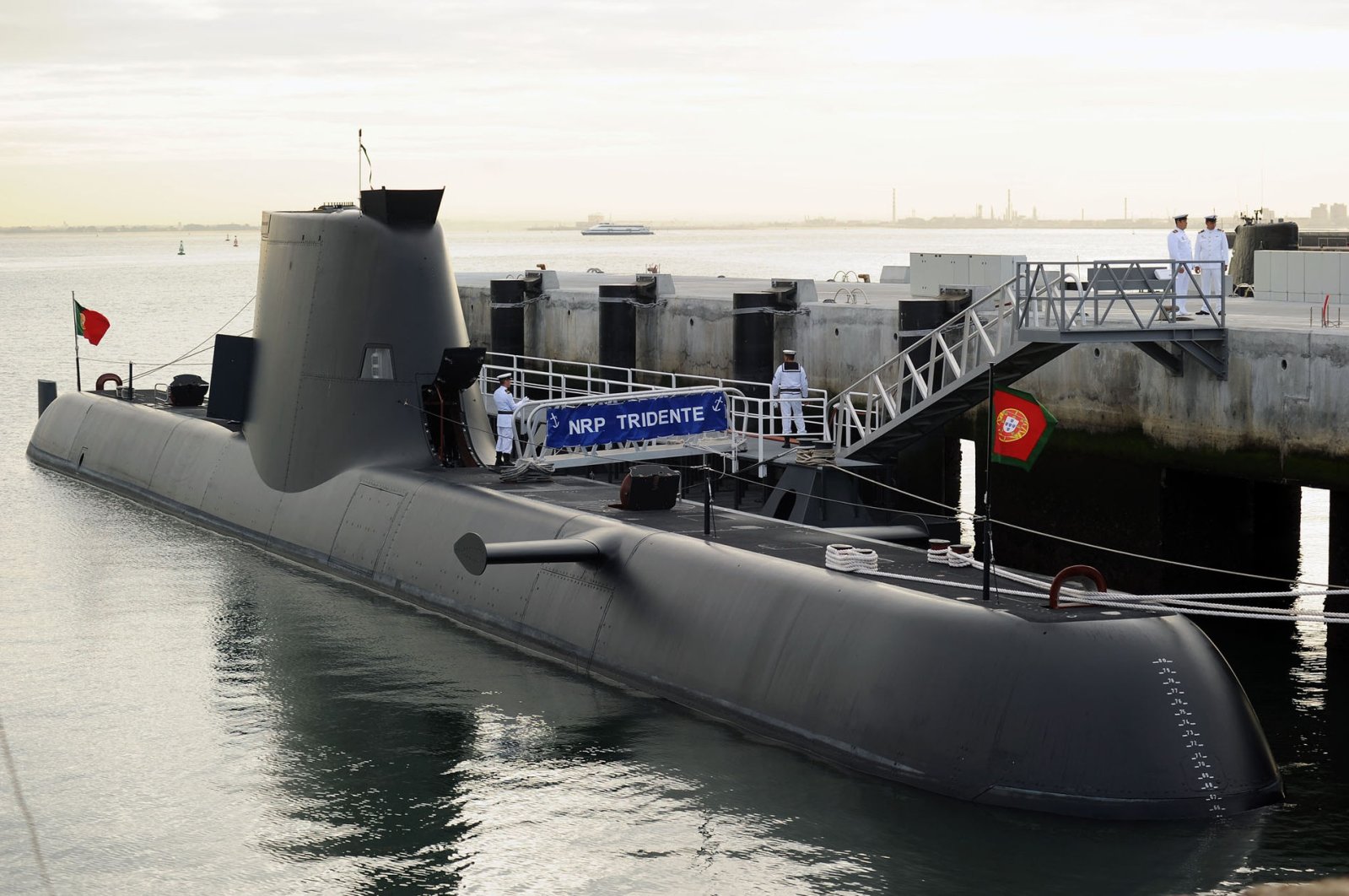 Germany reaffirms that its decision to limit arms export to Turkey does not apply to naval weapons and maritime exports, the country’s foreign minister Heiko Maas said Monday. Berlin is one of the world’s main exporters of armaments and also a top exporter to Ankara.

Answering a question with regards to Berlin’s arms exports to Turkey, Maas said: “Turkey no longer receives weapons from Germany that it could use in the Syria war. We only deliver maritime goods and submarines...”

Saying Turkey has taken on tasks in the NATO that protects the entire alliance, however, he noted that arms exports are no longer approved to the country over disputes between Ankara and Berlin on Syria.

Last year, arms sales to NATO ally, Turkey, totaled 242.8 million euros ($285 million), making up for almost a third of Germany's defense industry business. This made Turkey by far the number one importer of German weapons, at a time when the latest flare-ups in Syria has put weapons sales to Ankara under intense scrutiny. Germany has repeatedly announced that it limits arms sales to Turkey which launched an anti-terror operation in northern Syria that targeted both Daesh terrorists and the PKK terror group and its Syrian branch People's Protection Units (YPG).

Ankara has long criticized German authorities for not taking serious measures against the PKK, which is listed as a terrorist organization by Turkey, the U.S., and the EU, and waged a terror campaign against Turkey for more than 30 years, causing deaths of nearly 40,000 people, including women and children. Ankara has repeatedly criticized that the PKK and its Syrian affiliates continue to use Germany as a platform for their fund-raising, recruitment and propaganda activities.

Cooperation between Ankara and Berlin on arms exports and more specifically on the maritime sector includes several projects.

Being one of those projects, material for six Type 214 air-independent propulsion submarines, being built in Turkey in cooperation with the German firm Thyssenkrupp Marine Systems, is likely to make up the bulk of Turkey’s orders in 2019. The German government had approved the sale of parts for the submarines back in 2009 and the construction on the first boat in the class, the TCG Pirireis started in 2015.

Major Turkish defense contractors are taking part in the delivery of a majority of submarine systems. The submarines use systems developed by ASELSAN, HAVELSAN, MilSOFT, Defense Technologies Engineering and Trade Inc. (STM), Koç Information and Defense, Scientific and Technological Research Council of Turkey (TÜBITAK), and AYESAŞ, while local manufacturers such as Gürdesan, Sirena Marine, Arıtaş, I-Marine are also contributing to the construction process.

The German Rhein Metal Company has also established a joint venture with Turkey’s BMC Company which aims to establish joint production of armored vehicles, particularly the main battle tank, Altay. Though the Altay's prototype is powered by a 1,500 hp diesel engine from Germany's MTU Friedrichshafen GmbH., according to most recent statements by Turkish Defense Industries (SSB) Head Ismail Demir, the tank is also planned to be powered by a domestic engine.

Demir said in a June 2020 interview that there may be some delay in implementing the domestic engine for the first batch of the tanks, but it is set to catch up with the coming series of the tanks.

“The Altay will be a domestic product to a great extent and was already developed with a national design,” Demir added at the time.

In the last two decades, the Turkish defense industry has made remarkable progress in reducing its dependence on foreign products. Turkish arms imports fell by 48% between 2015 and 2019 compared to the previous five-year period, the Stockholm International Peace Research Institute's annual report showed in March 2020. Turkey has reached a domestic production rate of defense platforms and products of almost 70%. The development of the defense industry enabled through homegrown air, land and marine platforms has secured Turkey’s success in anti-terror operations both at home and abroad, namely in northern Iraq and Syria, without relying on imported defense products.