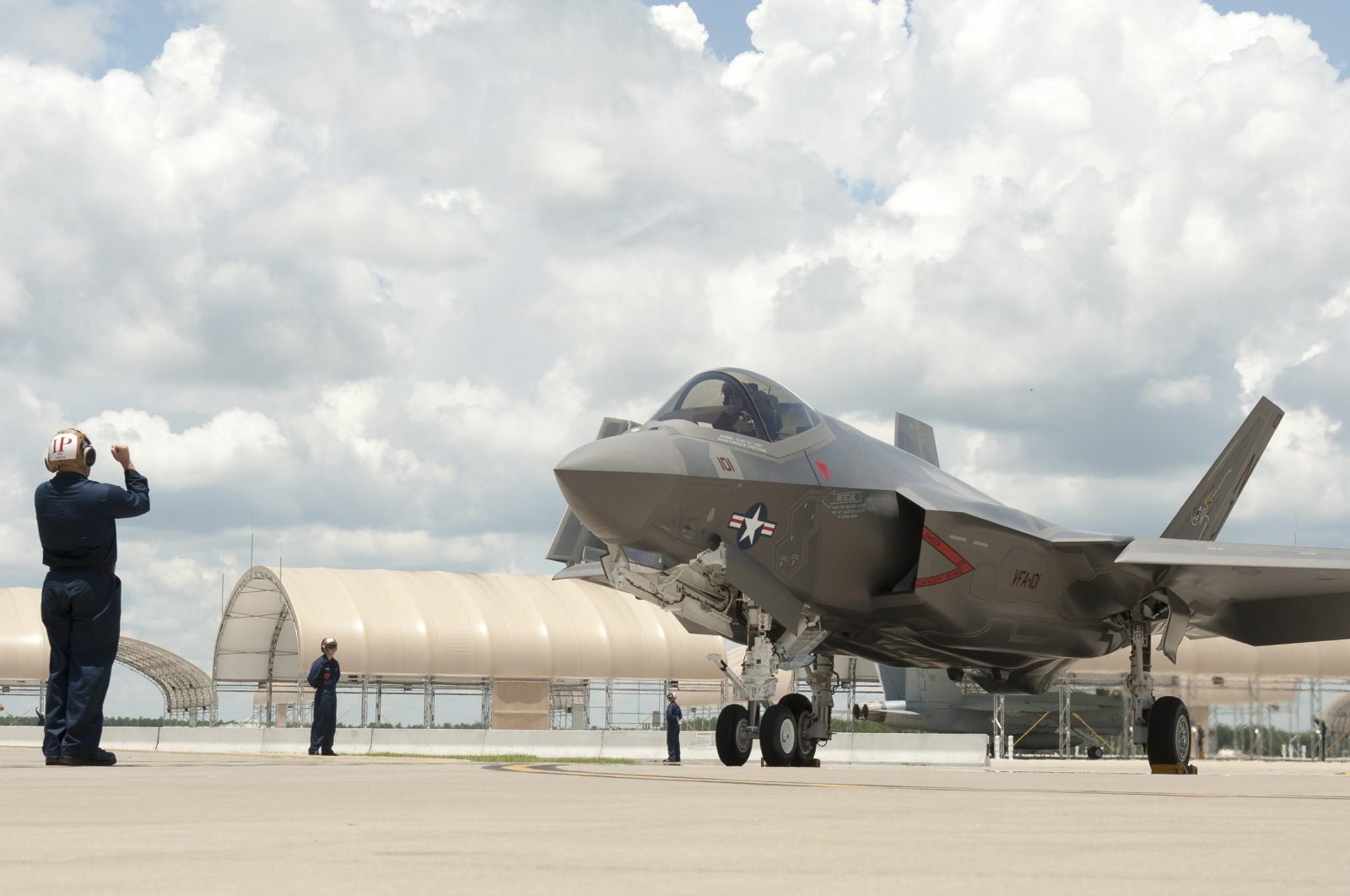 The new capabilities of the A/B/C variants of the F-35 Lightning II fighter jets under construction in Texas were presented to the press, New York, the U.S., Nov. 1, 2013. (Lockheed Martin via Anadolu Agency )
by DAILY SABAH WITH AGENCIES May 21, 2020 12:43 pm
Edited By Ayşe Betül Bal
RECOMMENDED

Defense Industries Presidency (SSB) head Ismail Demir on Wednesday said Turkey has constantly demonstrated its firm partnership in the F-35 program, despite being suspended from the program nearly a year ago and “can continue the production partnership,” while Lockheed Martin is slated to miss its delivery target for 2020 as the supply chain struggles to keep up with coronavirus disruptions.

The U.S.-based aviation company, most recently on Tuesday said it will slow production of its stealthy F-35 fighter jets at its Texas facility, possibly delaying delivery of 18 to 24 jets due to a parts shortage as the coronavirus hampers production across the jet’s vast supply chain.

Greg Ulmer, who runs Lockheed Martin’s F-35 program, told Reuters in an interview that “we’re going to slow the production rate down for about two to three months.”

The parts slowdown began in early to mid-April, when European suppliers began to feel the impacts of the coronavirus. Later, suppliers in the U.S. were impacted, Ulmer said.

Meanwhile, speaking at a videoconference panel held by the Defense Technologies Engineering and Trade Inc. (STM) with the participation of major defense company heads in Turkey, Demir noted on the F-35 issue that "unilateral movements related to the partnership have no legal basis, nor are they reasonable,” and that the country maintains its role of “loyal partner,” to continue manufacturing parts.

Demir argued that when the whole partnership structure between Turkey and the U.S. is considered, there is no basis for taking such a step on the F-35 program by giving the excuse of Turkey’s purchasing S-400s, which was the initial reason given by the U.S.

The defense chair further said Turkey’s departure from the program will add an additional cost of around $8 million to $10 million per jet.

In its latest annual report, the U.S. congressional watchdog Government Accountability Office (GAO) also warned that the U.S. decision to expel Turkey from the program is likely to compound its already beleaguered supply chain as some suppliers struggled to meet increased production demands already in 2019.

The GAO also noted that about 7,000 of its more than 10,000 airframe contractors' "key processes" do not "meet predefined design standards for ensuring product quality," and it continues to face supply shortages that are likely to be exacerbated by Turkey's removal.

The report further cited a warning from an anonymous F-35 program official who said it is not clear how prices from alternative suppliers would compare to those from Turkey, "but the official noted that alternative sources could be more costly."

Demir continuously stressed that Turkey is planning to deliver F-35 parts, while U.S. President Donald Trump has also confirmed recently that Turkey continues to produce key components of the jet.