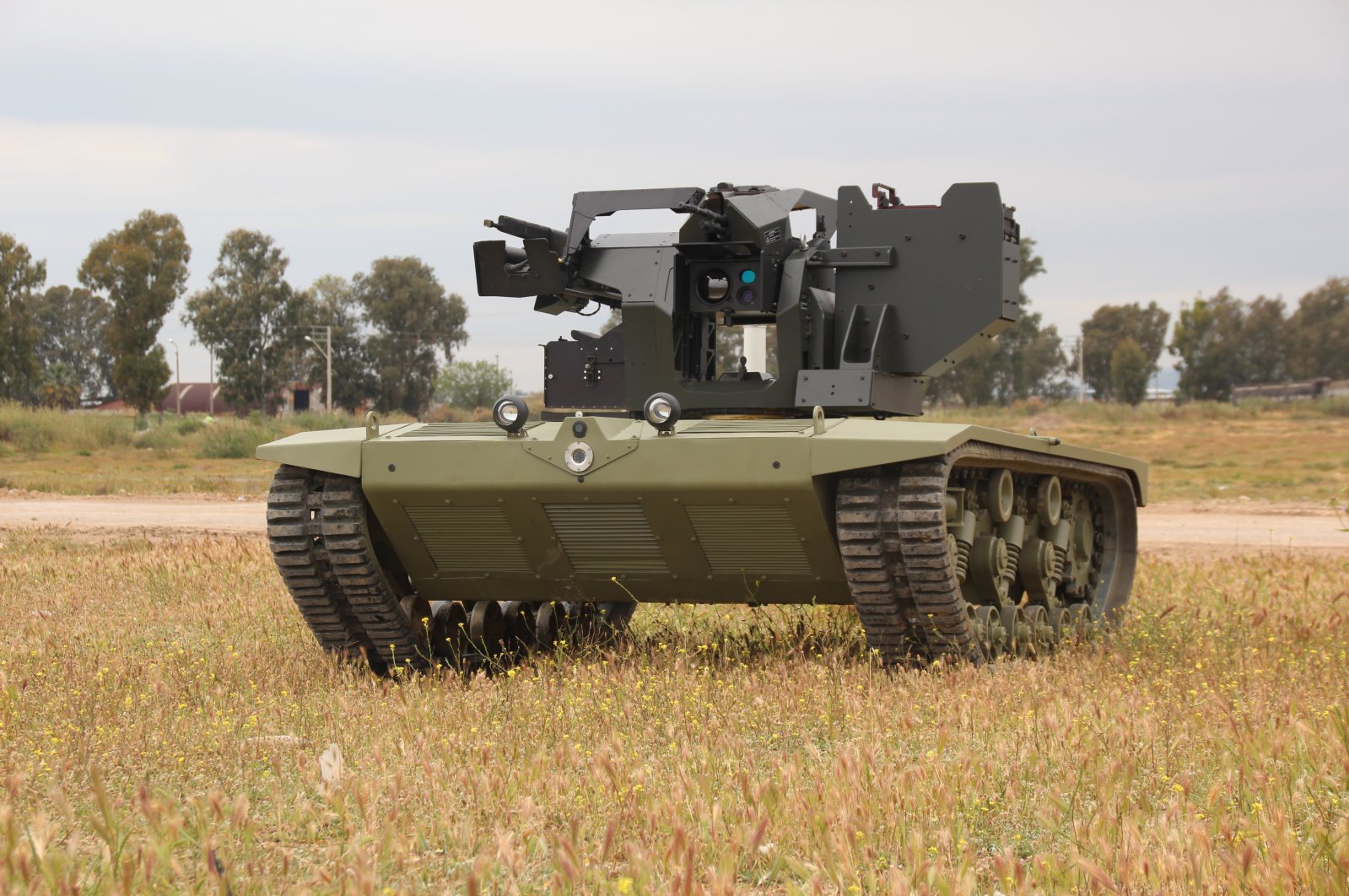 Remote controlled and autonomous vehicles will be able to serve with very low thermal trail features and electric and hybrid models. (AA Photo)
by DAILY SABAH
May 10, 2020 2:09 pm

Unmanned ground vehicles (UGVs) developed by the Turkish defense industry are set to join the country's weapons inventory as a deal for the mass production of "mini-tanks" was signed between the Defense Industries Presidency (SSB) and leading defense and tech company ASELSAN, the SSB Chairman İsmail Demir said.

Following the unveiling of prototype models of the light, middle-class, first-level UGVs, Demir said a contract had been signed with ASELSAN for the middle-class second level, adding that new robotic assistants would be offered for use by the Turkish security forces, which have already rolled out the effective use of unmanned aerial vehicles (UAVs).

The armed UGVs will be delivered to the country's land forces as part of a project forged in collaboration with Turkish company Katmerciler, Demir said on social media account.

“The project includes the development and mass production of UGVs, which perform reconnaissance, surveillance, target detection, mounts weapons systems and other systems needed. The vehicles can be commanded remotely and work autonomously with superior mobility,” he said.

ASELSAN has so far provided the Turkish Armed Forces (TSK) with various national and high technology products in the field of unmanned systems. Security forces have been using unmanned aerial, sea and ground vehicles, as well as bomb-dismantling robots for many years.

The armed UGV, which ASELSAN and Katmerciler have been working on for some time and has been often likened to a "mini-tank," was developed in line with end-user opinions and suggestions.

The remote-controlled, autonomous vehicles operate while giving off a very low thermal trail and come in electric and hybrid models. The vehicle, with its reinforced roaming systems and suspension, has superior performance in both off-road and road conditions.

The vehicles allow for stabilization in all driving conditions (including 60% inclines), have a high firing capacity, high speed and mobility, effective armor and a choice of weapon systems. With the integration of a satellite connection, the control range can also be made unlimited.

The vehicle will be able to send information about its environment and the targets it has determined to central command, mapping the region and monitoring the environment while on patrol. With the version integrated into ASELSAN's Sarp Stabilized Advanced Remote Weapon System, the vehicle will also be able to detect and destroy the target automatically.