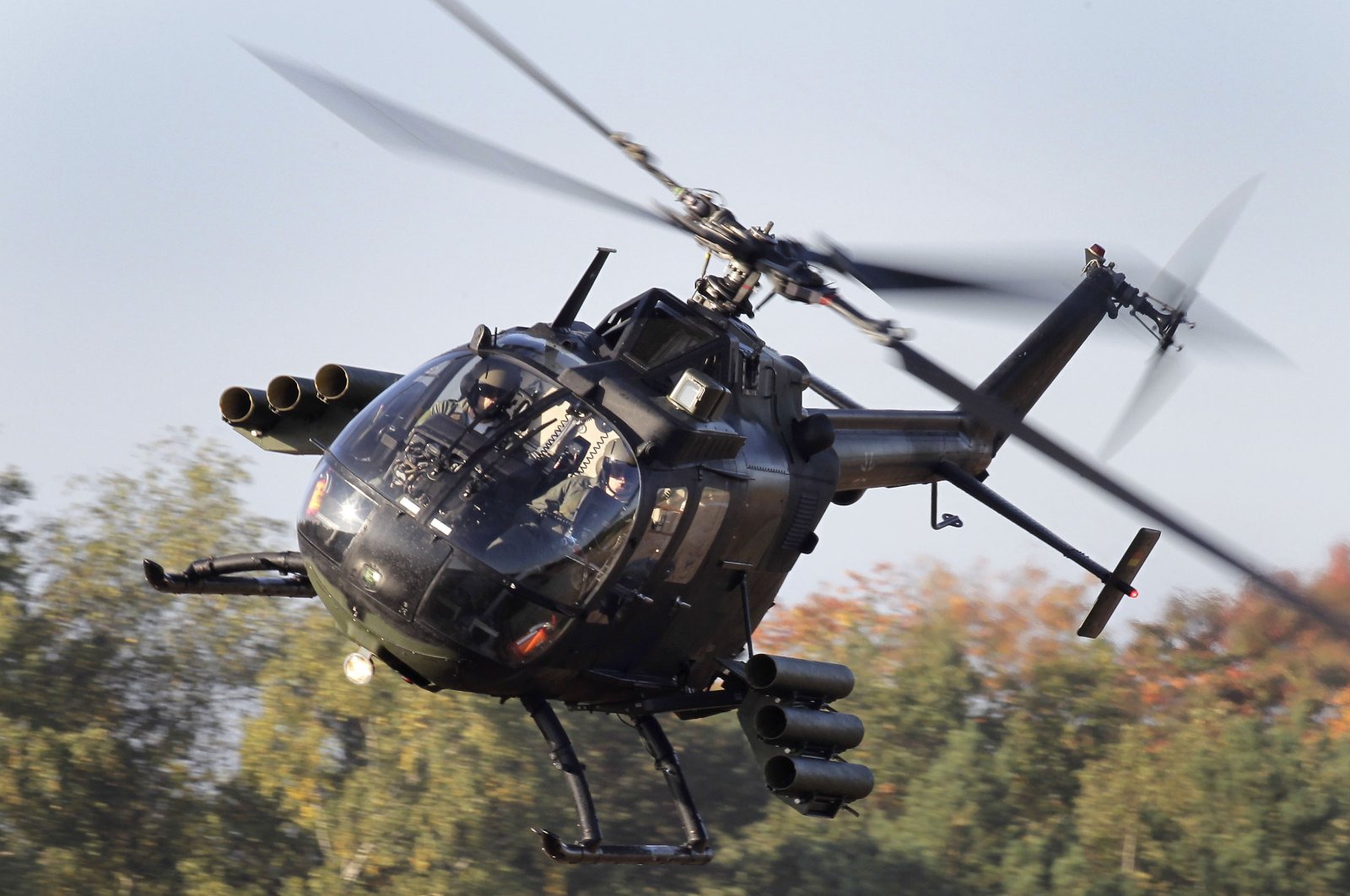 A BO105 anti-tank helicopter flies during a demonstration event held for the media by the German Bundeswehr in Munster near Hannover, Germany, Sept. 28, 2011. (AP Photo)
by German Press Agency - DPA Dec 25, 2021 12:06 pm
RECOMMENDED

After a last-minute approval of arms deals in the billions by Angela Merkel's departing government, Germany's weapons exports reached a record level in 2021, despite the government only acting in an executive capacity at the time.

The former government approved deals worth almost 5 billion euros ($5.6 billion) in its last nine days in office. That brought Germany's total weapons exports to a record 9.04 billion euros for the year, according to the Economics Ministry in response to a lawmaker's question, seen by German press agency dpa.

Egypt is the main recipient of German arms exports, despite criticism for human rights violations and its involvement in conflicts in Yemen and Libya.

Under the last-minute agreements, Thyssenkrupp Marine Systems may deliver three MEKO A-200 EN frigates to Egypt; Diehl Defence has been authorized to deliver 16 IRIS-T SLS/SLX air defense systems to Egypt; and ThyssenKrupp Marine Systems is allowed to export a type 218 SG submarine to Singapore.

The coalition between the Christian Democrats and Social Democrats was replaced by a new government earlier this month, following the September elections.

Details of the deals were conveyed just a day before Olaf Scholz was elected chancellor, although the exports' value was not known at the time.

It is now clear that the arms exports to Egypt run to 4.34 billion euros, despite the fact that the government was only acting in an executive capacity, when such major decisions are usually avoided.

The deals were done under former chancellor Angela Merkel, along with her Scholz, then vice-chancellor.

The lawmaker who posed the question, Sevim Dagdelen, a left-wing foreign policy expert, criticized Scholz, a Social Democrat, and slammed the leading party's criticism of arms exports to authoritarian regimes as inconsequential.