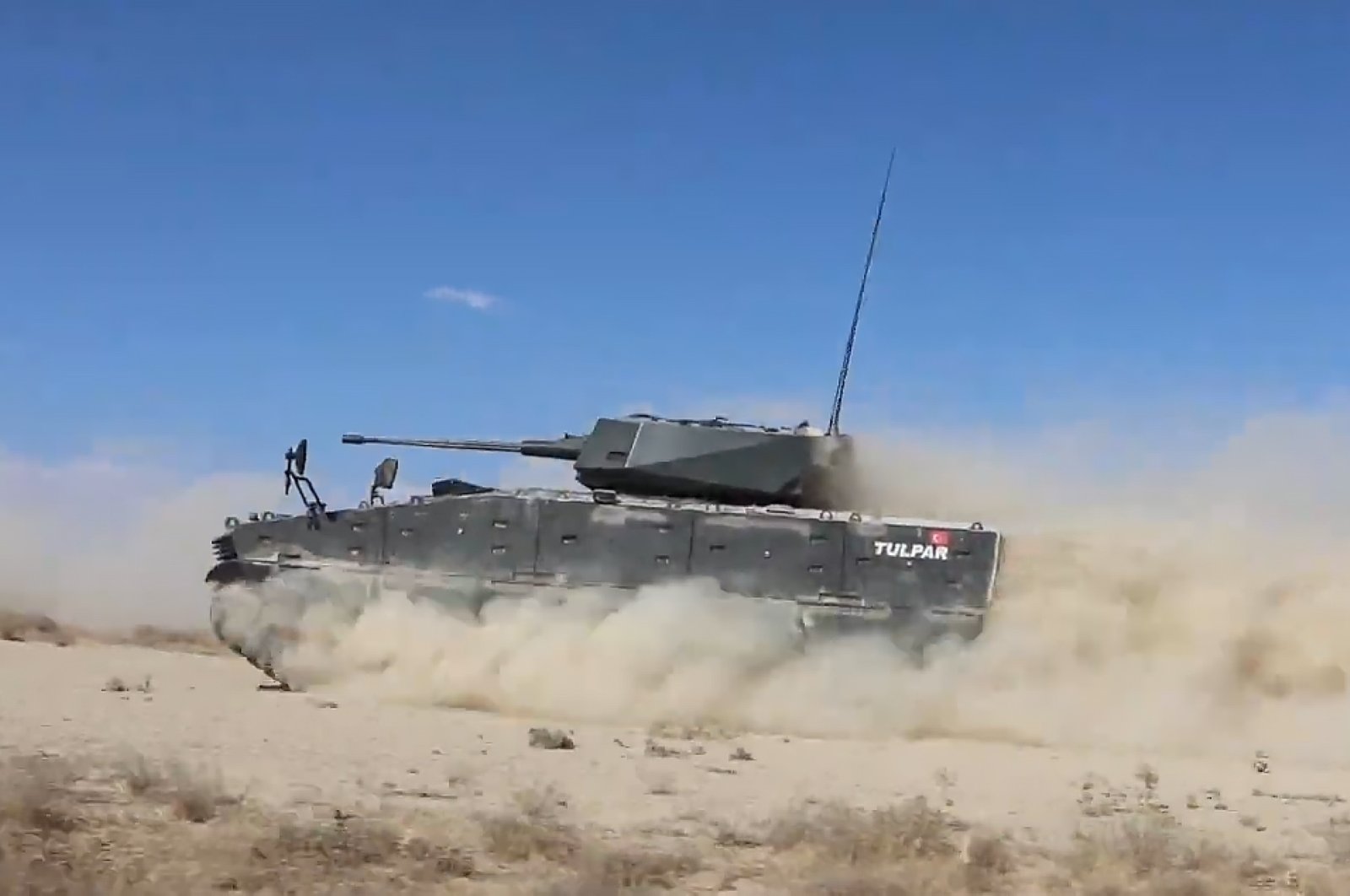 Tulpar is in a shooting test in Ankara's Şereflikoçhisar district, in an unknown date. (AA Photo)
by DAILY SABAH Oct 17, 2020 7:20 pm

Serdar Görgüç, the General Manager of Otokar, a Turkish defense company and automotive manufacturer, said that Tulpar had been developed in line with the new requirements of infantry and commando units serving in the field.

“From the Pacific to the Atlantic and South America, the operating time of these types of vehicles has almost expired. The Tulpar can meet the needs of all these countries in terms of technology, skills and cost. The test performance of the vehicles, which were developed to meet the needs of different countries in global markets, as well as feedback from potential users has been quite satisfactory,” Görgüç said.

Görgüç also noted that the vehicle had been designed by considering the capabilities and features equivalent to armored combat vehicles that are taking place in similar vehicle programs – especially in NATO countries.

The developers also hope the Tulpar will function as a multi-purpose and modular vehicle to fill the requirements to have a single platform for various types of operation.

The Tulpar takes its name from the legendary winged horse that protected warriors in the famous Turkish epic, Manas.