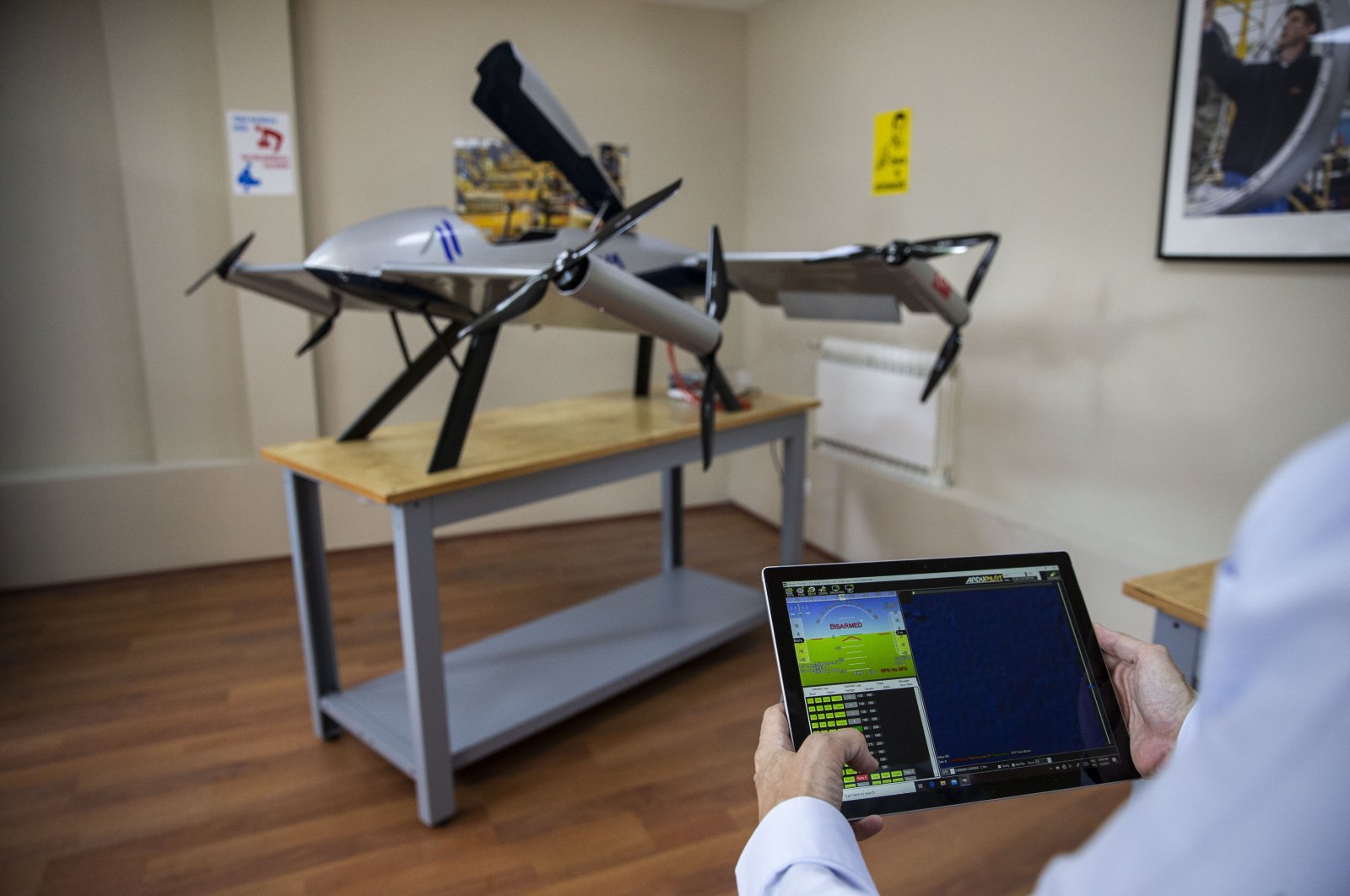 The UAV has been developed as part of efforts, coordinated by Turkey's Defense Industries Presidency (SSB). The SSB aims to develop new tools with different concepts for the security forces.

Gökalp said that the four-year-old company closely follows local and international developments in the aviation sector.

He added that they invest in new technologies "which is considered to make a difference."

"We aim to develop its critical systems, including flight and engine control and fuel systems, from the ground up. We have prepared an engineering road map and are carrying out research and development activities on innovative technologies," he said.

Gökalp said many large companies have developed combat drones in strategic, tactical and attack concepts, but Alesta has a different configuration than other UAVs.

"Our vehicle tiltrotors. It can land and take off vertically. When it switches to cruise mode, the wings move to the horizontal position. It means that (Alesta) has the advantage of both a helicopter and a fixed-wing aircraft," he said.

Alesta drones do not need a runway and can fly over longer distances in cruise mode.

"Keeping the drones stable during the transition mode and under heavy winds presented some serious engineering challenges and needed some clever technological solutions. We have a very experienced staff," Gökalp noted.

Turkey has realized its program of developing and producing drones over a short span of just 10 years. One of the most prominent, the Bayraktar TB2 armed drones, produced by the country's leading unmanned aerial platform developer Baykar, has been operationally used since 2015.

They have continued to support Turkey’s fight against terrorism in different regions while providing effective surveillance, reconnaissance and fire support. The Turkish Armed Forces' (TSK) use of these drones has brought significant successes in its operations in Syria, Iraq and Libya.