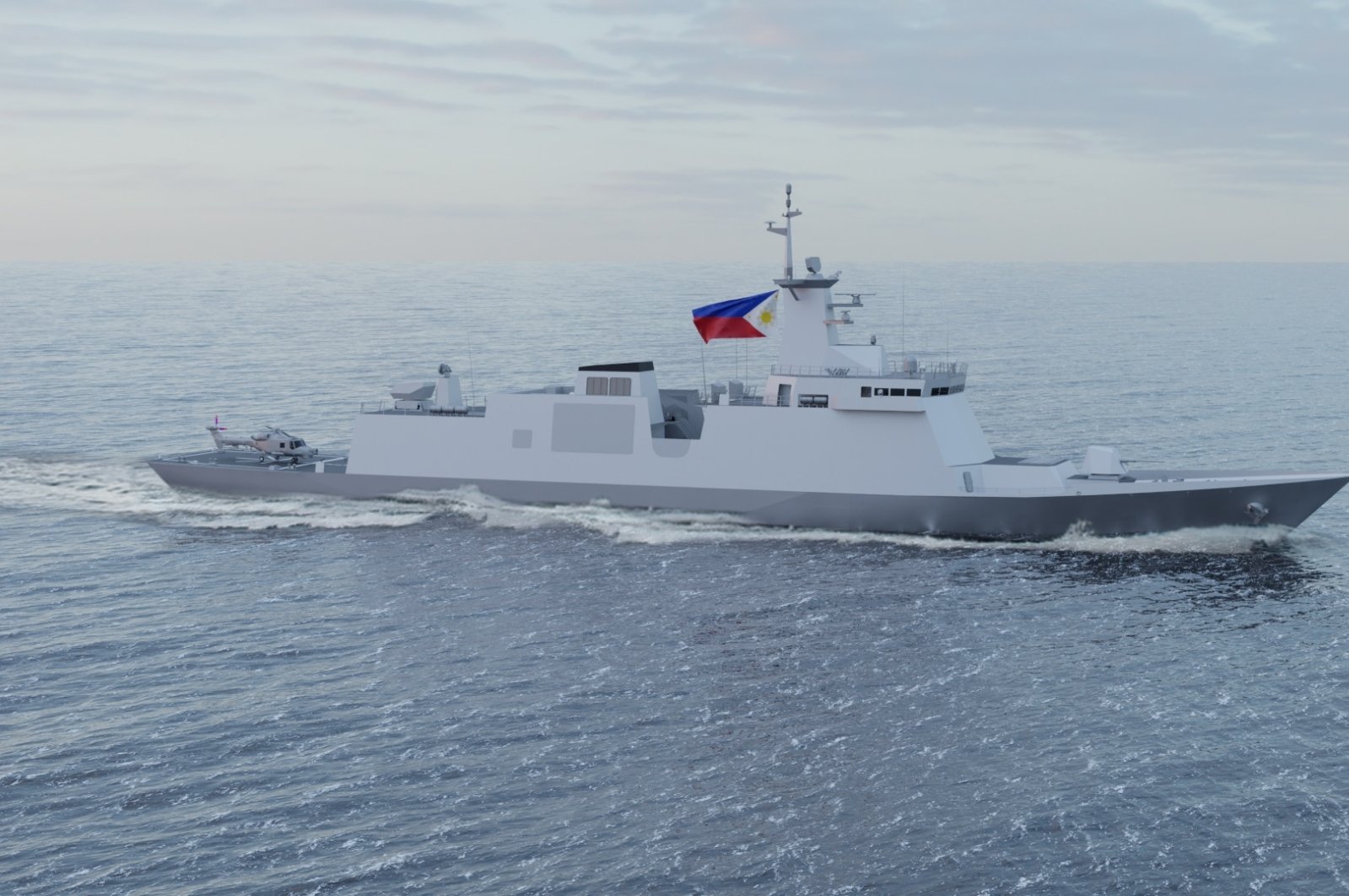 The new corvette design for the Philippine Navy is seen in this rendering image provided by HHI on Dec. 28, 2021.
by Daily Sabah with AFP Dec 28, 2021 12:33 pm
Edited By Ayşe Betül Bal
RECOMMENDED

The world’s largest shipbuilder also published a press release regarding the deal on Tuesday.

Tuesday's 28 billion pesos ($556 million) deal with the South Korean shipbuilding giant sees the delivery of the corvettes by 2026.

Corvettes and frigates are small, fast warships mainly used to protect other vessels from attack.

The South Korean shipbuilder’s corvettes tailored for the Southeast Asian country are set to be a multi-purpose surface combatant with 3,200-ton displacement, 116-meter length and 14.8-meter breadth (127-yard length and 16.2-yard breadth).

"This project will give the Philippine Navy two modern corvettes that are capable of anti-ship, anti-submarine and anti-air warfare missions," Lorenzana said in a speech at the signing ceremony in Manila.

The deal "will ensure commonality and interoperability with our existing assets," he added, as well as "ease of maintenance and repairs."

Nam Sang-hoon, chief operating officer (COO) of the of Naval and Special Ship business unit of HHI said in the company statement that he “feels proud of the Republic of the Philippines and the Republic of Korea Defense industry cooperation getting stronger day by day, and HHI will continue to cooperate as a reliable partner in the Armed Forces of the Philippine Modernization program.”

Manila has since acquired two former U.S. Coast Guard cutters and three landing craft from Australia, as well as coast guard patrol vessels from Japan, in an effort to bolster its presence in the South China Sea, where it faces a dispute with Beijing.

China claims almost all of the waterway, through which trillions of dollars in trade passes annually, with competing claims from Brunei, Malaysia, the Philippines, Taiwan and Vietnam.

Beijing has ignored a 2016 ruling by The Hague-based Permanent Court of Arbitration that its historical claim is without basis.