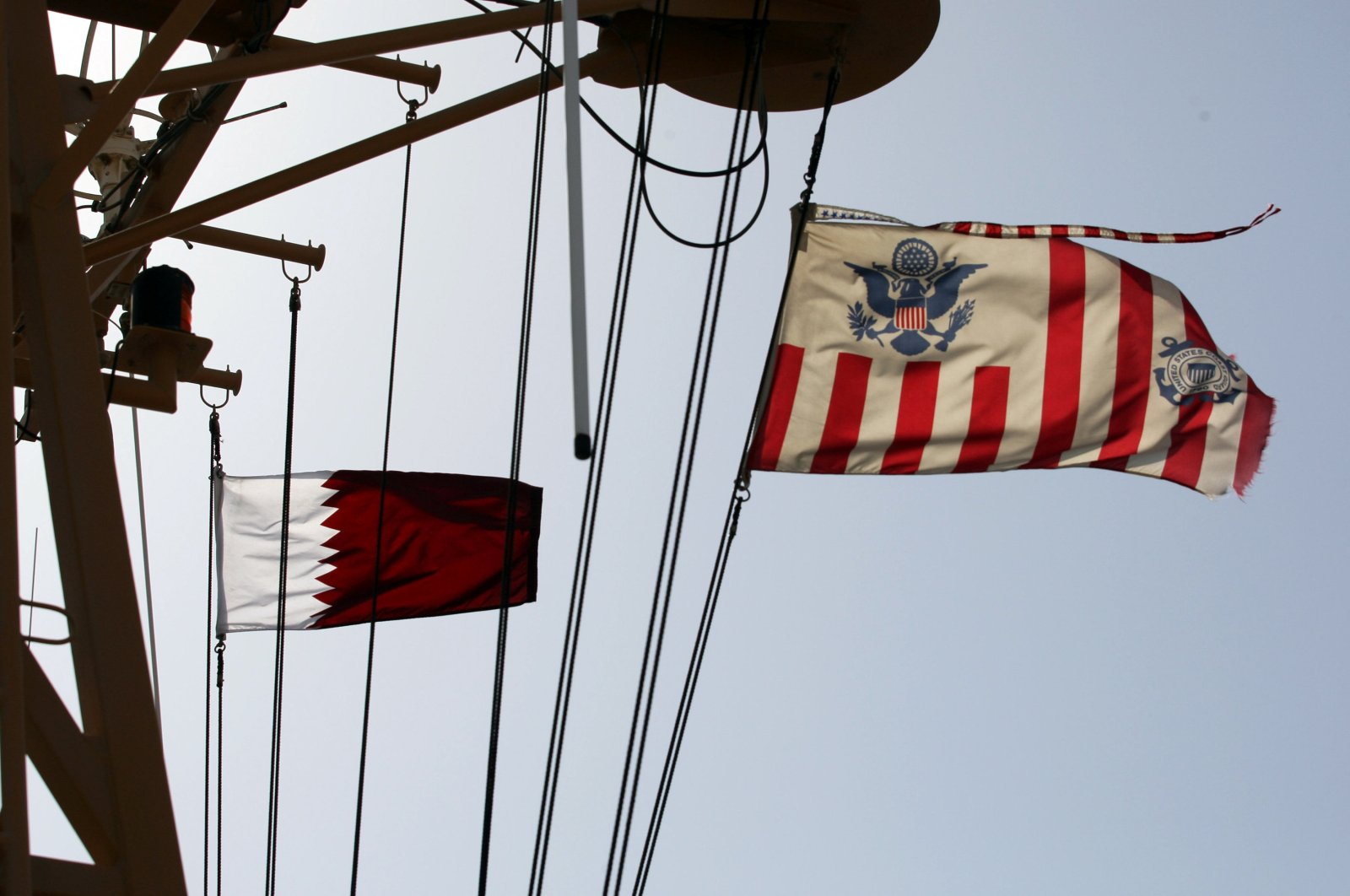 Qatari and U.S. Coast Guard flags flutter during a joint naval exercise by American and Qatari troops in the Arabian Gulf, Qatar, June 16, 2017. (Reuters Photo)
by Anadolu Agency Dec 02, 2020 11:13 am

Qatar and the United States signed a naval agreement Tuesday between their ministries of defense.

According to Qatar News Agency (QNA), the deal pertains to marine activities and port calls to the nation.

The signing ceremony was also attended by the president of the International Military Cooperation Authority, Brig. Gen. Abdulaziz Saleh Al Sulaiti, the charge d'affairs of the U.S. Embassy in Qatar, Greta C. Holtz, and a number of officers in the armed forces.

During the meeting, they reviewed military cooperation between the two countries and ways to enhance them.