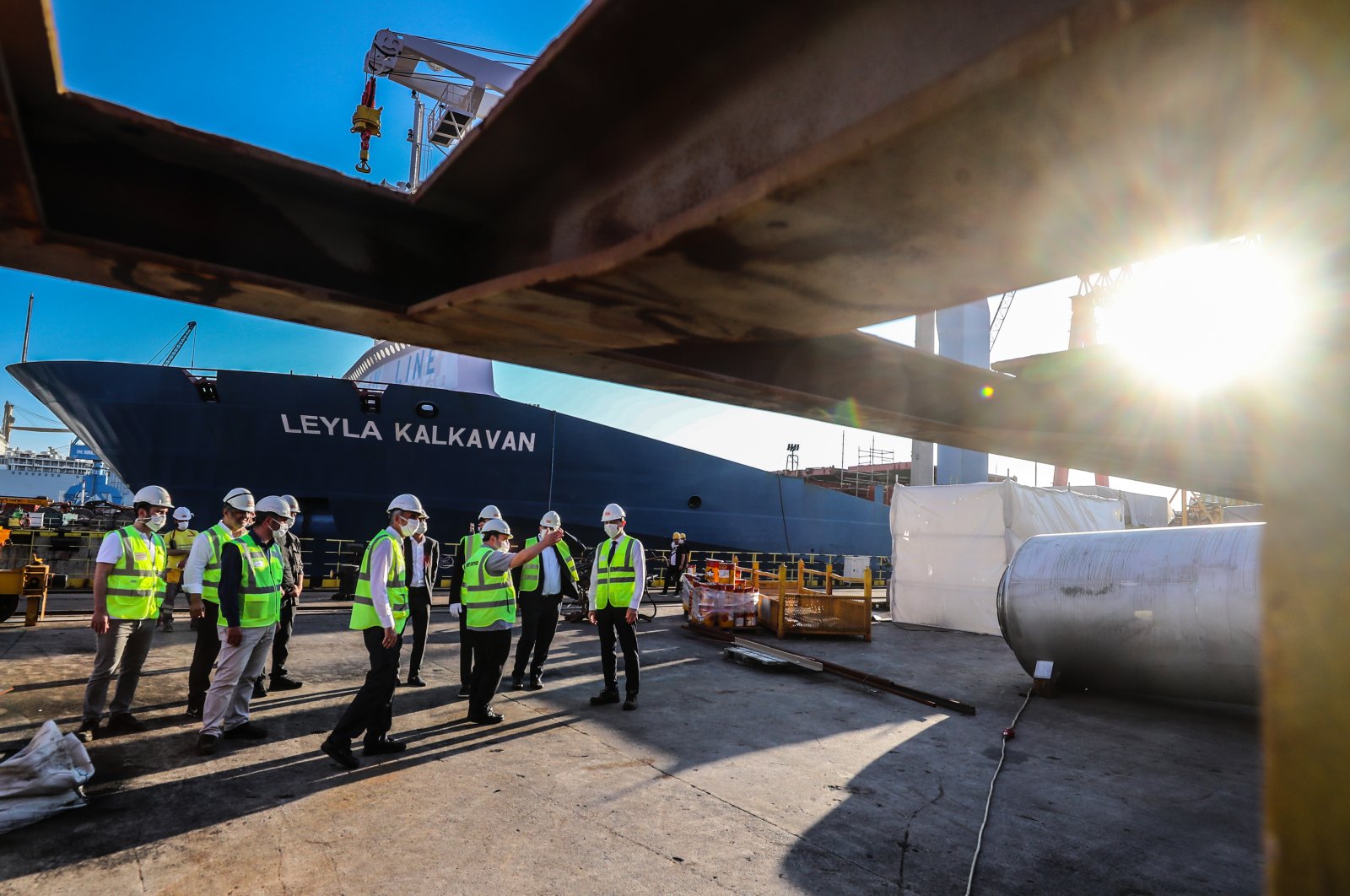 The TCG Anadolu will be delivered to the Turkish Naval Forces Command, having been 70% produced by Turkish companies, Varank said. The minister was speaking during his visit to the Sedef Shipyard in Istanbul’s Tuzla, where construction of the flagship-to-be is continuing.

The vessel is set to significantly increase the capabilities of the Turkish Armed Forces’ overseas military and humanitarian operations once it enters into the weapons inventory.

LHDs, which are small aircraft carriers, are characterized by a well deck allowing the use of several types of aircraft including Vertical/Short Take-Off and Landing (V/STOL) and Short Take-Off and Vertical Landing (STOVL) fighter jets, along with allowing for the transfer of large numbers of military personal and armored vehicles.

The TCG Anadolu will be utilized in the Aegean, Black Sea and Mediterranean operational areas, and, if necessary, in the Indian Ocean and Atlantic.

It can transport an entire amphibious battalion as well as the necessary combat and support vehicles to crisis regions without the support of a main base, executing landing operations with the help of landing vehicles it carries in its well deck.

Additionally, the TCG Anadolu – from which tactical aircraft capable of STOVL maneuvers, such as F-35Bs, can deploy – will be able to give the Turkish navy a medium-scale global force projection capability.

The TCG Anadolu will also host an infirmary/hospital complete with operating room, x-ray equipment, dental treatment units, intensive care and infection rooms with a capacity of at least 30 beds and will be able to serve as a hospital vessel in humanitarian operations.

The TCG Anadolu has a total displacement of 27,436 tons, is 231 meters in length and will be the largest naval platform in the inventory of the Turkish Armed Forces.

There will be three combat operation centers on the vessel, one of which can be allocated for NATO, and at least 1,223 personnel will be able to serve onboard.

Port Acceptance Tests started on the TCG Anadolu on July 1, and following the completion of the port tests and other naval tests, the vessel will be handed over to the Naval Forces Command in 2021.