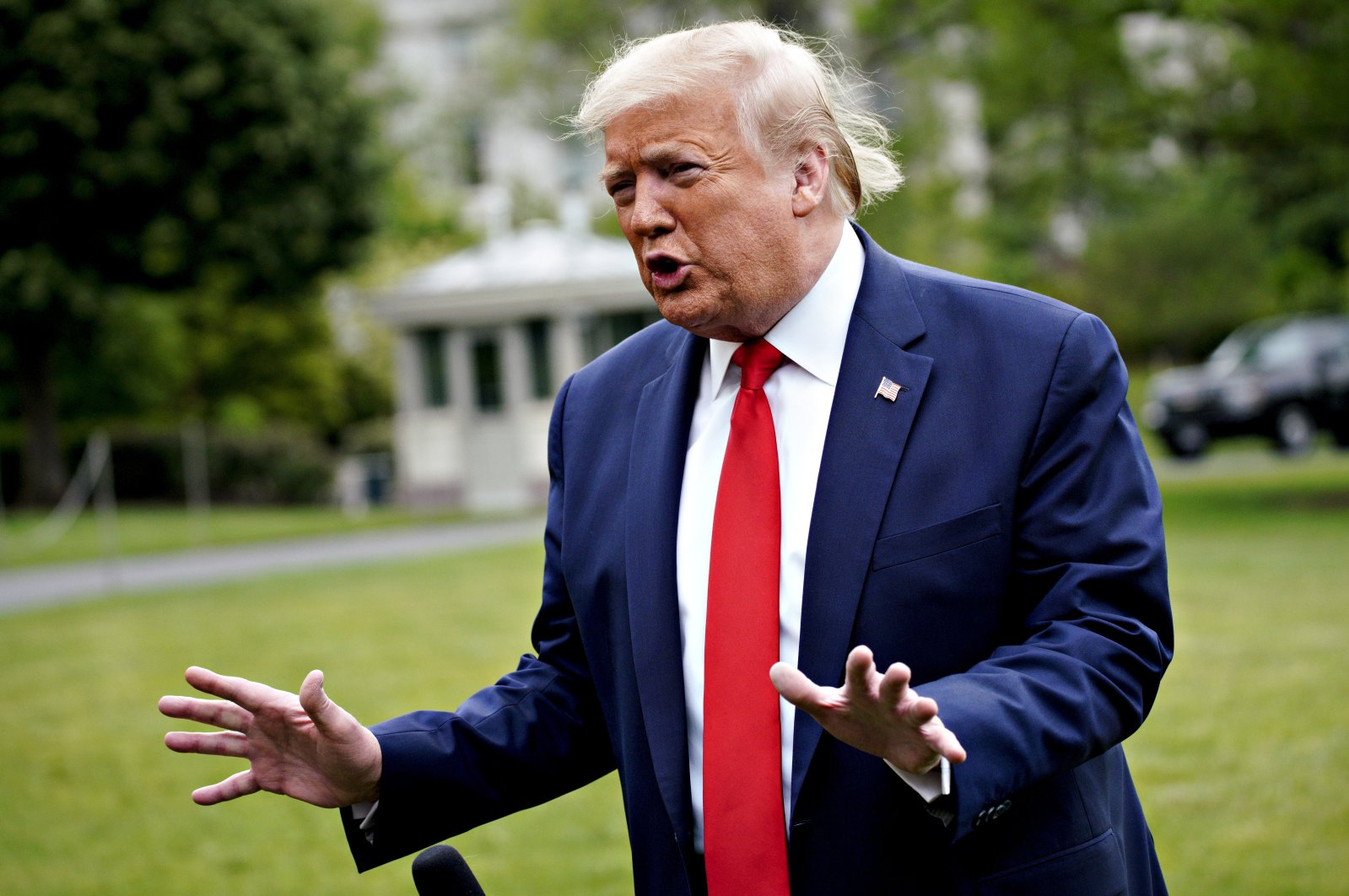 U.S. President Donald Trump on Thursday hinted he may move production for all components of the F-35 fighter jet to the United States, while also confirming that Turkey continues to produce key components of the jet despite being suspended from the program nearly a year ago.

Trump, whose remarks came in an interview with Fox Business Network’s Maria Bartiromo Thursday, said parts for the F-35 jet are being made all over the world and also cited challenges of global cooperation.

“It’s a great jet, and we make parts for this jet all over the world. We make them in Turkey, we make them here, we’re going to make them there. All because President (Barack) Obama and others — I’m not just blaming him — thought it was a wonderful thing,” he said. “The problem is if we have a problem with a country, you can’t make the jet. We get parts from all over the place. It’s so crazy. We should make everything in the United States,” he said.

Asked whether transferring production to the U.S. in full would be possible, Trump said: “Yeah, we’re doing it because I’m changing all those policies.”

"Look, we make F-35s — very important, the greatest jet in the world — where the main body of the jet is made in Turkey, and then it's sent here,” Trump said.

“Now we have good relations with President (Recep Tayyip) Erdoğan. ... What happens if we don’t have. Are they going to say 'we are not gonna give you this, and now we have to gear up,'" Trump added.

Turkey's Defense Industries Presidency (SSB) head İsmail Demir last week said the country is still producing and delivering parts for the F-35 jets despite being suspended from the program nearly a year ago.

"There was an understanding in the United States that nothing would be bought from Turkey for the F-35s after March 2020, but that approach is no longer there," Demir said. "Our companies continue their production and delivery," he noted, adding that Turkey remained a "loyal partner" of the F-35 program.

A U.S. congressional watchdog, the Government Accountability Office (GAO), in its latest annual report this week said the U.S. decision to expel Turkey from the F-35 program is likely to compound its already beleaguered supply chain issues.

The GAO said some suppliers struggled to meet increased production demands in 2019, and as a result, the program witnessed increased rates of late deliveries of parts due to shortages.

While the program made progress in lowering prices and increasing production, according to the GAO, about 7,000 of its more than 10,000 airframe contractors' "key processes" do not "meet predefined design standards for ensuring product quality," and it continues to face supply shortages that are likely to be exacerbated by Turkey's removal.

It said the program has identified new sources for 1,005 parts produced by Turkish suppliers, but the program is assessing the effect of 15 key parts not currently being produced at the needed production rate.