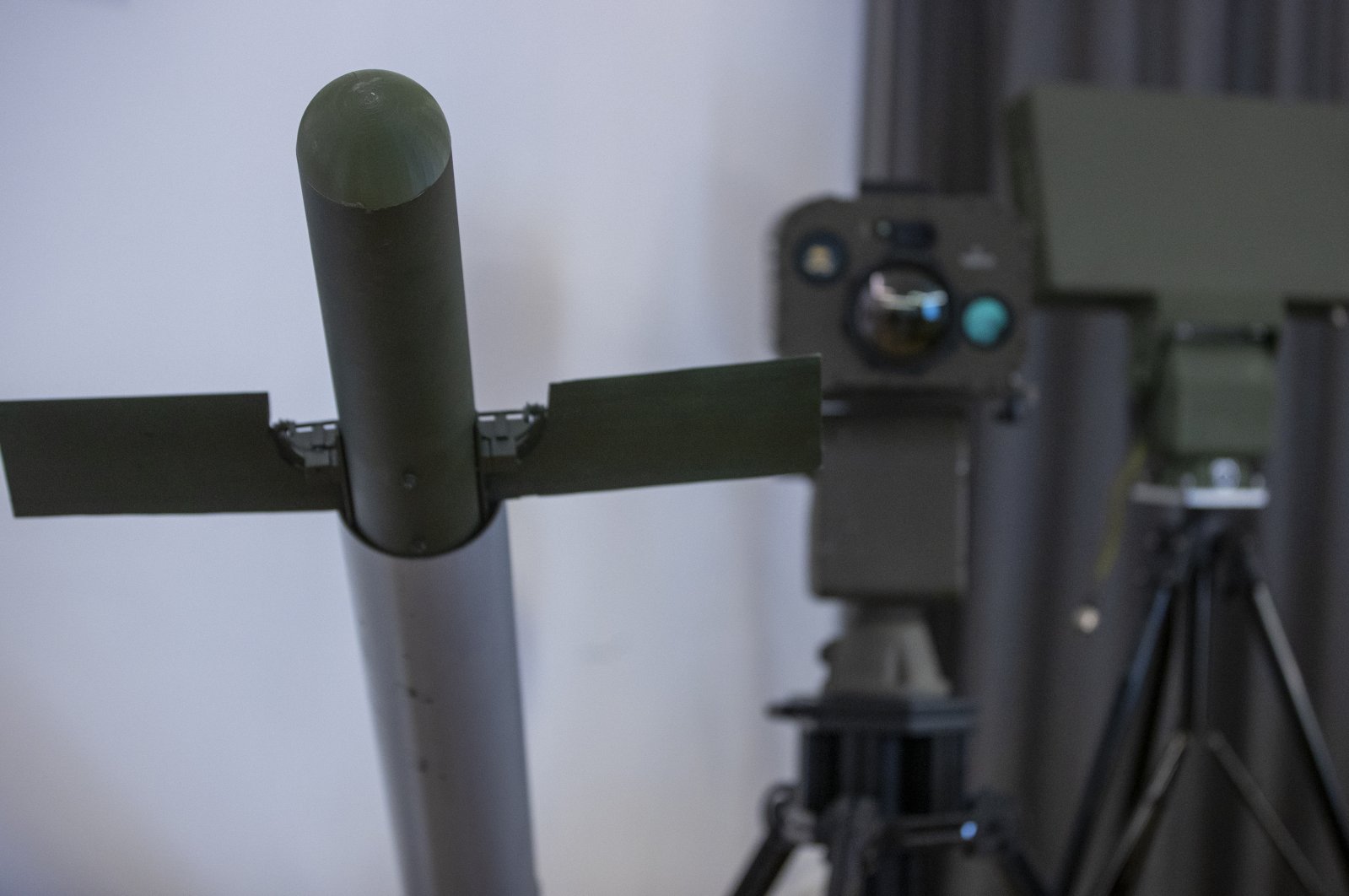 Turkey will soon witness a flight test of its new state-of-the-art multifunctional unmanned aerial vehicle (UAV), which can be utilized as a self-defense deterrent against drones or used in an assault, said a senior official of a Turkish manufacturing company.

The UAV is part of a wide range of drone detection and destruction systems developed by Havelsan and Transvaro.

Güray Ali Canlı, a member of the executive board of Transvaro, which manufactured Fedai, told Anadolu Agency (AA) that the device has a protection system developed to stop UAV/drone attacks, but the vehicle itself can be used for an attack in the future if needed.

He said their primary goal is to shoot down armed drones and UAVs, but by changing the warhead, Fedai can also be used as an anti-tank, anti-personnel defense system, or a vehicle capable of attack.

“The wing and follower tracking mechanism structure of the Fedai is different from all other products,” Canlı explained, adding that when the threat approaches, it explodes on the target with its own optical search system.

They will demonstrate shooting down a real drone at the end of the month, the Transvaro official informed, and added that the UAV is developed entirely by Turkish engineers.

He noted that due to the rapid development of such unmanned systems in recent years, it has become difficult to stop autonomous and swarm attack drones.

Havelsan Command Control Defense Technologies Business Development Manager Nezih Şişman just this week said they are looking to develop a system that can protect large campuses, critical facilities or infrastructure, organizations with scattered forces, like the gendarmerie, as well as critical locations such as the capital Ankara that is home to many important institutions.

He added that they took the vast STAR Refinery complex in western Izmir’s Aliağa as a prototype and started integration studies with its stakeholders for some defense plans.

The kamikaze drone uses certain target and identification information. It flies for a while and begins by visually scanning its target. As soon as it captures its target from a distance, it can destroy a single UAV or a swarm of UAVs at its location by detonating the warhead, according to Şişman.

Havelsan is responsible for the drone detection radar, its electro-optical suite, control consoles, the ability to detect threats and use related fusion algorithms.

Explaining how the idea of having Fedai for the country’s self-defense came about, Canlı said small UAVs can have a huge effect today.

“Many methods have been developed to bring them down, but the most effective is to shoot them in the air. Many studies have started across the world on this subject, from the Far East to the United States and Europe. We also examined these studies.”