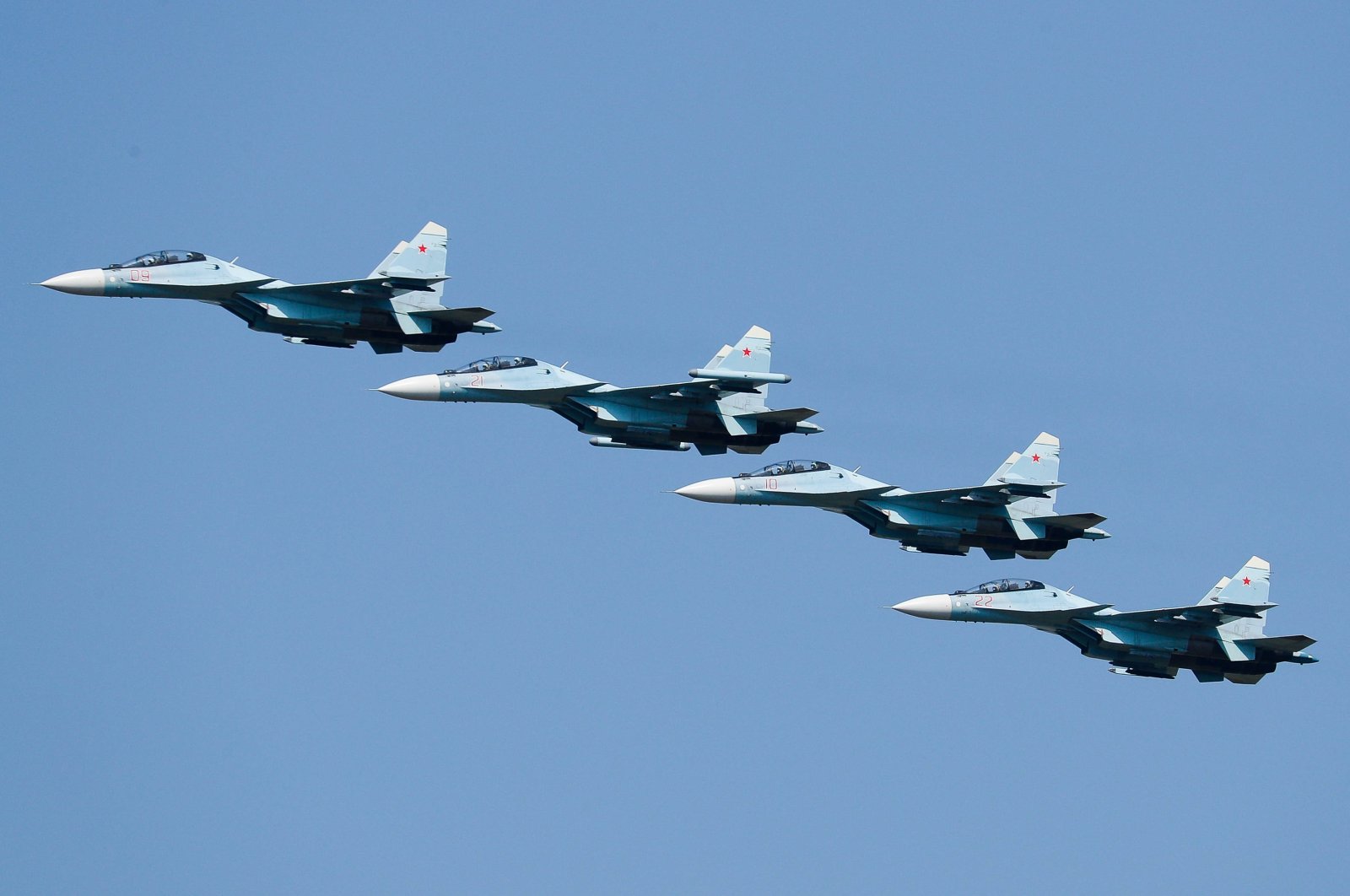 Turkey is considering more joint steps with Russia in the defense industry, including for fighter jets and submarines, President Recep Tayyip Erdoğan said Thursday, a day after meeting with President Vladimir Putin.

Talks with Putin in the Black Sea resort of Sochi focused on steps that would deepen defense cooperation between Turkey and Russia, including partnerships for aircraft engines, fighter jets and submarines, Erdoğan told journalists onboard the presidential plane.

“We had the opportunity to discuss comprehensively what steps to take in the production of plane engines, what steps to take regarding fighter jets,” he said, adding that other measures could include building ships and submarines.

“We spoke to Mr. Putin about building two more nuclear plants, besides Akkuyu. He agreed to work on the issue,” Erdoğan said.

Akkuyu is Turkey’s first nuclear power plant that is being built by Russia’s state nuclear energy firm Rosatom in the southern Mersin province.

The two countries signed a cooperation agreement in 2010 and began the construction in 2018. The initial unit of the plant is aimed to be completed by May 2023.

It will have an estimated service life of 60 years with an extension of another 20 years and will produce carbon-free energy around the clock.

Erdoğan’s remarks come a week after he reiterated Ankara’s intention to acquire a new batch of S-400 air defense systems.

Asked about Turkey’s plans to purchase additional S-400 systems despite threats of further U.S. sanctions, Erdoğan responded: “The S-400 process continues. There is no turning back.”

The president said he hoped to meet U.S. President Joe Biden at the G-20 meeting in Rome to discuss the F-35 project, including a $1.4 billion (TL 12.42 billion) payment Turkey had made for the F-35 jets it can no longer get.

Another meeting between the Turkish and U.S. leaders could also take place on the sidelines of a November climate conference in Glasgow, Scotland, Erdoğan said.

“We will discuss all relations including, military, political, economic, commercial,” he said.

Last week, Erdoğan was quoted as saying on his return from a visit to New York that U.S.-Turkish relations were not healthy and their current direction “does not bode well.”

However, after commenting on his plans to meet Biden next month he said on his return from Sochi: “There are some steps being taken that bode well.”