Turkey should be major cybersecurity ally for UK, expert says 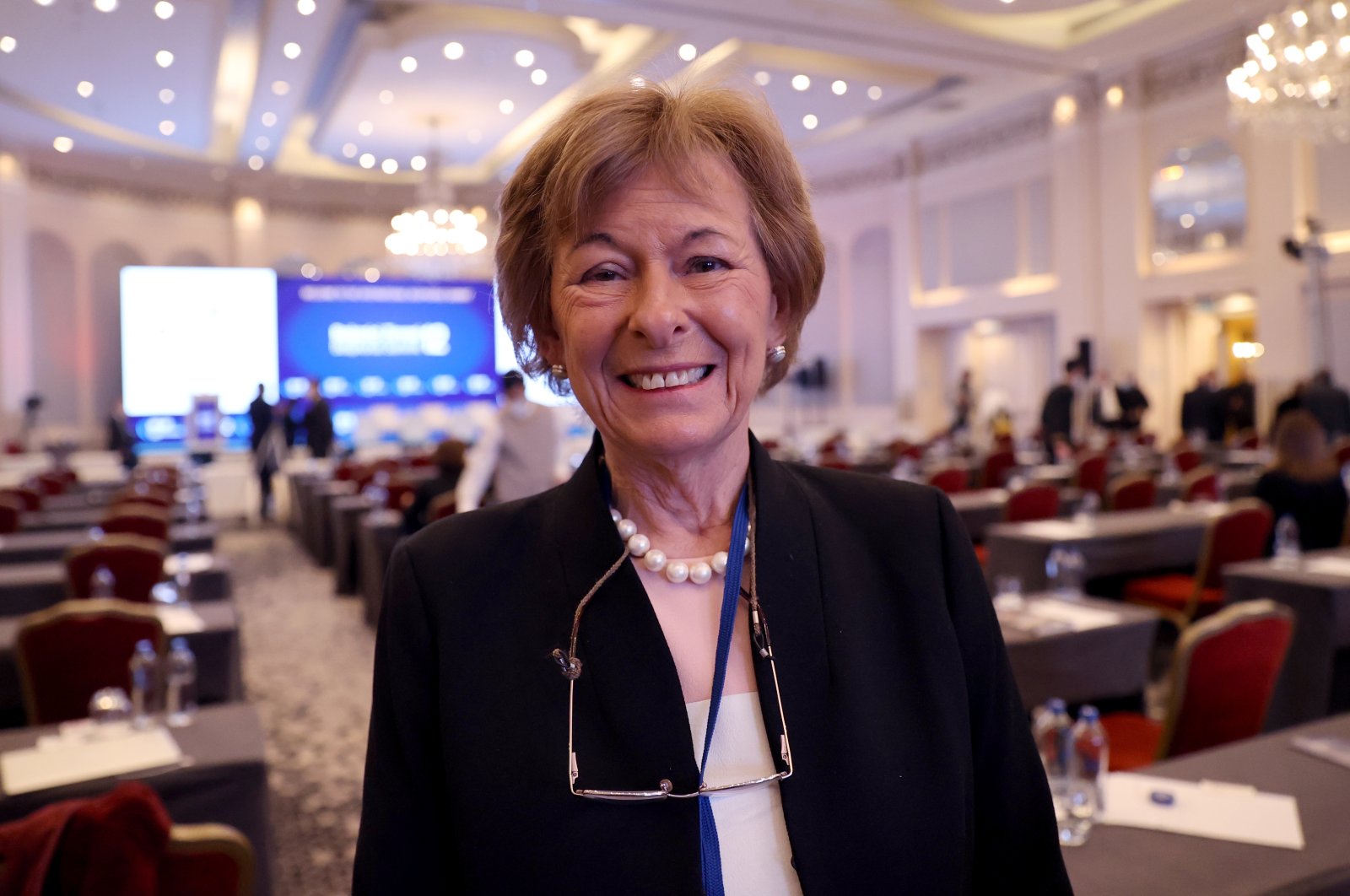 Having invested much effort in cybersecurity over the recent years, Turkey should be a major ally for the United Kingdom to cooperate within this field, according to a former British lawmaker.

“All over the world, countries are now appreciating the importance of devoting more of their defense budget to cyber protection,” said Lady Olga Maitland, who currently serves as the head of the London-based Defense and Security Forum.

Maitland noted that the U.K. served as one example of this, reducing the number of its soldiers from 83,000 to 72,000 and channeling the resources saved into cyber protection.

“Because at the end of the day, warfare has changed. It’s not just insurgencies but it’s also cyberattacks on critical infrastructure,” she told Anadolu Agency (AA) on Tuesday.

Pointing out China’s massive efforts and enormous power in this area, she described its behavior as “digital authoritarianism.”

While Beijing’s capabilities are still no match for the U.S., it is rapidly catching up, she underlined.

“It is a new factor we've got to take into account,” she added.

Adding that Russia was also an important actor with major capabilities, she said it “doesn’t have the same strength and capacity as America, but they have a total ruthlessness.”

This means that nothing is holding such countries back from making other nations vulnerable, she added.

According to Maitland, Turkey was wise to enhance its capacity in cyber protection, especially in setting up its own national cybersecurity center.

“The U.K. is willing to offer its knowledge and capacity with its fellow NATO countries, and with friendly countries with whom we share the same values, and Turkey is clearly important in this regard,” she said.

Turkey should not be left to fend for itself, she underlined and added that the U.K., now being outside the European Union, could now pursue more flexible business ties.

Touching on drones she said these could be a great asset in civilian operations, as well.

“Drones are a fact of life. They are very flexible. They’re not expensive to produce, they can get under the radar, and they’re very good for reconnaissance,” she said.

However, she added, in the absence of a proper defense system or software to protect such unmanned aircraft, they are of little use and not enough to secure a country.

“So that’s why I think the Turkish government got it right in putting so much effort into cyber warfare,” she said.

She also pointed out that the two countries have a long history of cooperation.

“We have great respect for Turkey’s armed forces, even during World War I. We recognize the courage of the Turkish Mehmets (troops) and facing the English Johnnies, whereas we were on different sides.”

"We never lost that respect. So, there is a mutual interest today," she stressed and reiterated, "without doubt, Turkey should be the U.K.'s ally in cybersecurity."