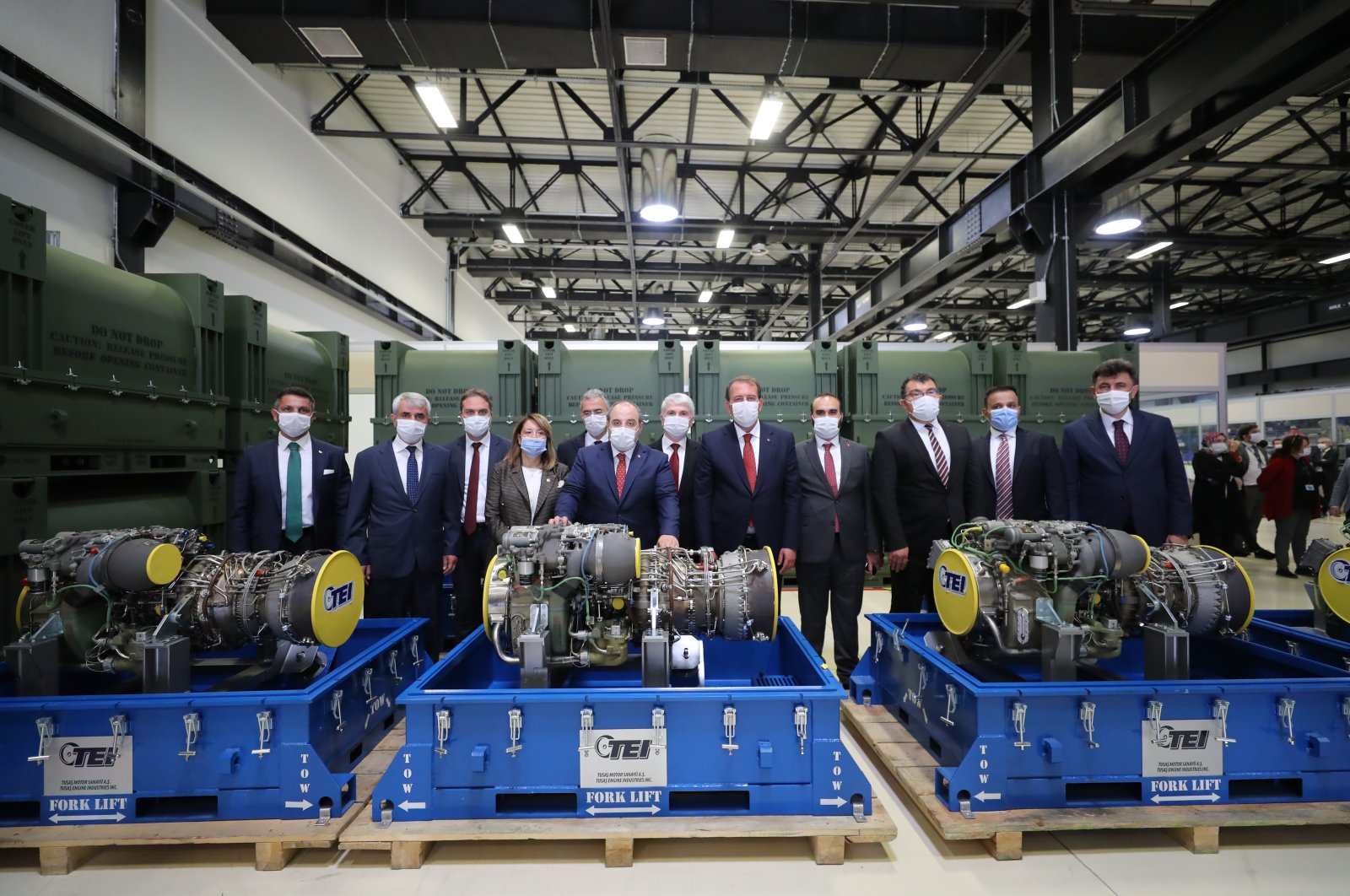 The prototype testing of Turkey’s first domestically designed medium-range missile engine TEI-TJ300 was carried out Friday in the Turkish Aerospace Industries' (TAI) compound with the participation of Industry and Technology Minister Mustafa Varank.

The Medium Range Anti-Ship Missile (MRASM) air-breathing engine TEI-TJ300, produced through the cooperation of TAI, leading defense contractor Roketsan and the Scientific and Technological Research Council of Turkey (TÜBITAK), was tested in TAI's compound in Turkey's central province of Eskişehir.

Varank, giving a speech at the testing ceremony, referred to the development of the engine by Turkish engineers as an important step in terms of what the country has achieved so far in the defense industry.

The turbojet engine TJ300 was originally designed to be used in medium-range ship repellent missiles, while with different configurations, it can also be used with several other platforms.

The TJ300 is an engine that can produce a force of 1,300 newtons and nearly 400 horsepower, despite its compact diameter.

The system was developed to achieve sufficient impulse in seconds. It is able to function in underwing wind without the need for a self-starter system.

The TJ300 missile engine was designed to be compatible with air, naval and land defense systems.

Varank, meanwhile, drew attention to Turkey's testing capabilities, which are also completely domestic. He said although many countries can produce in these sectors, if they lack proper testing environments, they cannot test the products without foreign support, resulting in further dependency.

The core of the engine of Turkey's first indigenous multi-role helicopter, the T-625 Gökbey, was also tested at TAI's compound, Varank recalled.

Gökbey's engine will be delivered to TAI this year, Varank said, adding, "They will start working on the integration of the engine to be used in Gökbey after this delivery."