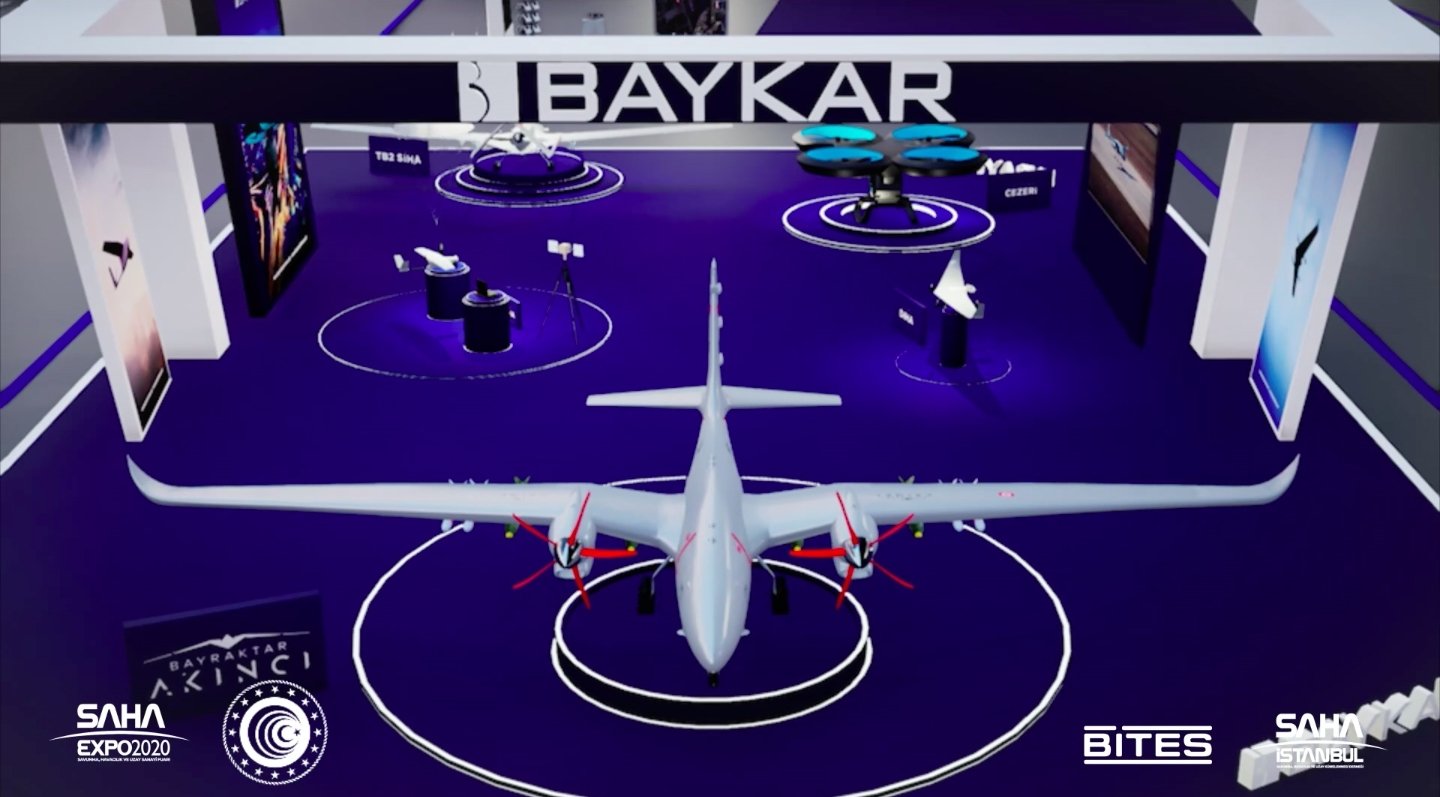 Turkey's largest defense fair SAHA Expo will start virtually on Monday with the participation of many major local industry players as well as professionals from abroad.

Organized by SAHA Istanbul Defence and Aerospace Cluster Association, the 3D virtual event will be held using the XperEXPO, an application developed by Turkish technology firm BITES, an affiliate of defense giant Aselsan.

According to the organizer, it will be the world's first 3D virtual defense fair.

The first week of the five-month event – between Nov. 9, 2020 and April 9, 2021 – will host videoconferences with 300 participants, including Roketsan, Baykar, FNSS and Turkish Aerospace Industries (TAI).

Over 400 products will be on display during the fair. The event will exhibit several major defense products, including Baykar’s Akinci and TB2 unmanned combat aerial vehicles (UCAV) and the domestically developed T129 Tactical Reconnaissance and Attack Helicopter (ATAK).

Among others, Turkey’s first locally designed engines, TUSAŞ Engine Industries' (TEI) TJ300 and PG50, will be exhibited at an event for the first time.

The turbojet engine TJ300 was originally designed to be used in medium-range ship repellent missiles, while with different configurations, it can also be used with several other platforms. It can produce a force of 1,300 newtons and nearly 400 horsepower, despite its compact diameter.

The TEI-PG50 engine is Turkey's first two-stroke aviation motor. It offers more power and a higher power/weight ratio than competing UAV engines in its class.

On the other hand, firearms manufacturer Sarsılmaz's SAR 762 MT and SAR 127 MT guns will also be displayed for the first time.

As part of the event, firms and officials from several countries will conduct business-to-business meetings.

The fair had originally been scheduled an in-person event in Istanbul Nov. 9-13, but due to the COVID-19 pandemic, the event will be held online.

The SAHA Istanbul Defence and Aerospace Cluster Association plans to organize the exhibition physically at Istanbul Expo Center on Nov. 10-13 next year.