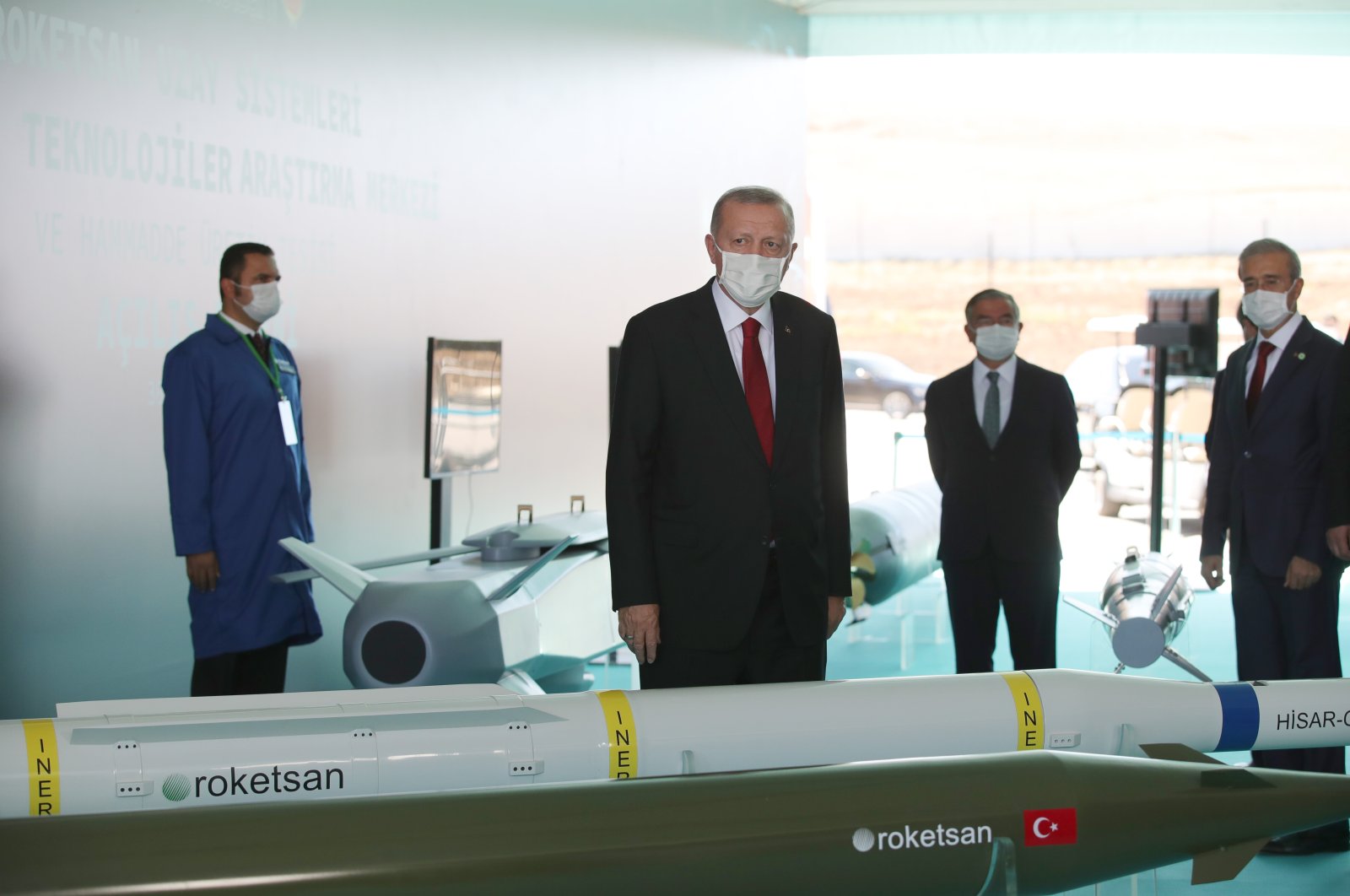 Turkey is set to launch the first space trials of its liquid-propellant rocket engine technology, President Recep Tayyip Erdoğan announced Sunday as part of the latest move in the country’s drive for self-sufficiency.

“We are now in the space league in terms of domestic, national projects. I would like to announce the good news that we are set to begin the first space trials of our domestically developed liquid-propellant rocket engine technology,” Erdoğan said during the inauguration ceremony for Roketsan’s Space Technologies and Advanced Technologies Research Center and Explosive Chemicals Raw Material Manufacturing Plant in the capital Ankara.

Early this year, Erdoğan promised the launch of a national space program in 2020, allowing the country to join the ranks of China, the United States, India and Russia.

The inauguration ceremony came as the country celebrated Victory Day, marking the 98th anniversary of the country's victory in "the Great Offensive," a battle that paved the way for the country’s independence.

Erdoğan particularly stressed that the Micro-Satellite Launch System project would be run within the space tech facility and would enable Turkey to place microsatellites weighing 100 kilograms (220.5 pounds) or less into low-Earth orbit.

The project, which aims to ensure Turkey’s independent access to space and the ability to launch microsatellites, plans to be completed by 2025, but Eroğan said he hoped it would be completed much sooner.

In his speech, the president also pointed to the success already achieved in the country's defense industry.

Erdoğan said for the last 18 years, they had rolled out efforts to get Turkey's paralyzed defense industry on its feet. “We have maintained a policy of not taking any products from abroad that we can produce on our own terms,” he added.

“Turkey is pursuing over 700 defense projects at the moment,” Erdoğan said, adding that the number of companies in the defense industry had approached 1,500.

“Turkey has managed to reduce its external dependency in the defense industry from 70% to 30%. The volume of defense projects has reached $60 billion, while defense exports have exceeded $3 billion,” he noted.

Atmaca to enter inventory by year-end

Erdoğan also pointed to the country’s first domestically manufactured maritime missile, the Atmaca, which he said would enter the security forces’ inventory by the end of the year.

“The Atmaca has placed our country among just five in the world that can produce anti-ship missiles. I hope that by the end of the year, we will add it to the inventory of the Turkish Armed Forces (TSK); it makes us proud that many countries are interested in meeting us to buy the missile,” Erdoğan said.

Noted for its long-range, low-track and high-target striking sensitivity, the maritime missile is ready for service on modern naval platforms and is expected to herald a new era in the field of surface-to-surface missiles.

The anti-ship missile, whose development was launched back in 2009, completed tests in November 2018. A deal for its mass production was signed between the Defense Industries Presidency (SSB) and Roketsan in 2018.

The missile has a range of up to 250 kilometers (155 miles), hovers low above water and can reach its targets both on a linear and a vertical plane. With this feature, the missile can reach a higher altitude when it approaches a target ship, landing on the vessel from directly above. The target of the missile can also be changed even after launch and is highly protected against electronic jamming.

Erdoğan also stressed that with the missile and rocket warhead systems being produced locally, Turkey would “break our external dependence to a considerable extent.”