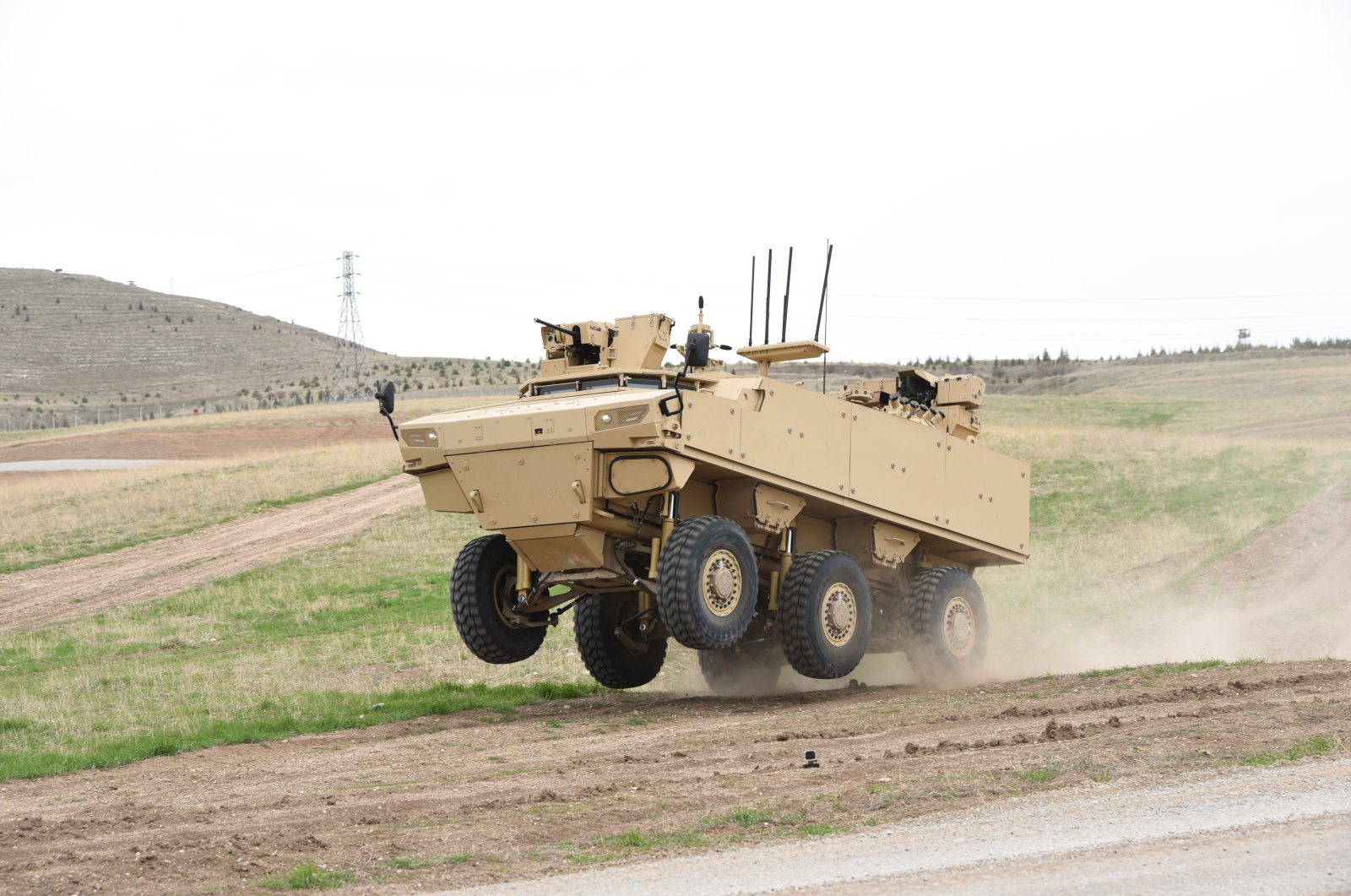 Turkish defense contractors are set to put some of their products on display for the first time at one of the largest global defense events due to open its doors next week.

Held in the metropolitan city of Istanbul, the International Defense Industry Fair (IDEF 2021) is scheduled to take place Aug. 17-20.

The event will be organized under the auspices of the Presidency of the Republic of Turkey in coordination with the Turkish National Defense Ministry, Defense Industries Presidency (SSB) and Armed Forces Foundation (TSKGV).

Among them, prominent contractor Katmerciler will be displaying two of its new armored vehicles for the first time.

One of them is Eren, a 4x4 tactical urban warfare vehicle, which was designed as a smaller-scale vehicle than the company’s tactical wheeled armored 4x4 vehicle Hızır.

Eren is intended to add strength to security forces in the fight against terrorism, especially in urban operations.

The vehicle features a low silhouette, a narrow and short body structure and a short turning radius that promise high maneuverability and performance in residential areas. The vehicle is notable for its high performance on snow-covered surfaces, superior climbing and side slope capabilities and high approach and distance angles.

As in urban use, it offers comfort and ease of use in “off-road” conditions. The vehicle, which can shoot at moving and hit moving targets with a remote-controlled stabilized weapon system, has an automatic target tracking system.

Along with Eren, Katmerciler will also showcase an upgraded version of its Hızır, dubbed the most powerful combat vehicle in its segment.

Among others, combat vehicle manufacturer FNSS will be displaying its PARS IV 6x6 Special Operations Vehicle.

Part of the Mine Protected Vehicles (MKKA) project, PARS IV 6x6 is said to have the highest protection level in its class.

It was “designed as a vehicle with effective protection against improvised explosive devices (IED) and with a survivability infrastructure including high mine and ballistic protection along with the latest technology mission equipment."

The IDEF 2021 will also host panels on different topics such as space studies, future technologies, and digital transformation.

Last year, the event was joined by over 1,000 participants and visited by 76,000 professionals from 71 countries.

The 2021 edition of the event was planned for this May but postponed due to the pandemic measures.