Turkey to strengthen its navy with new vessels 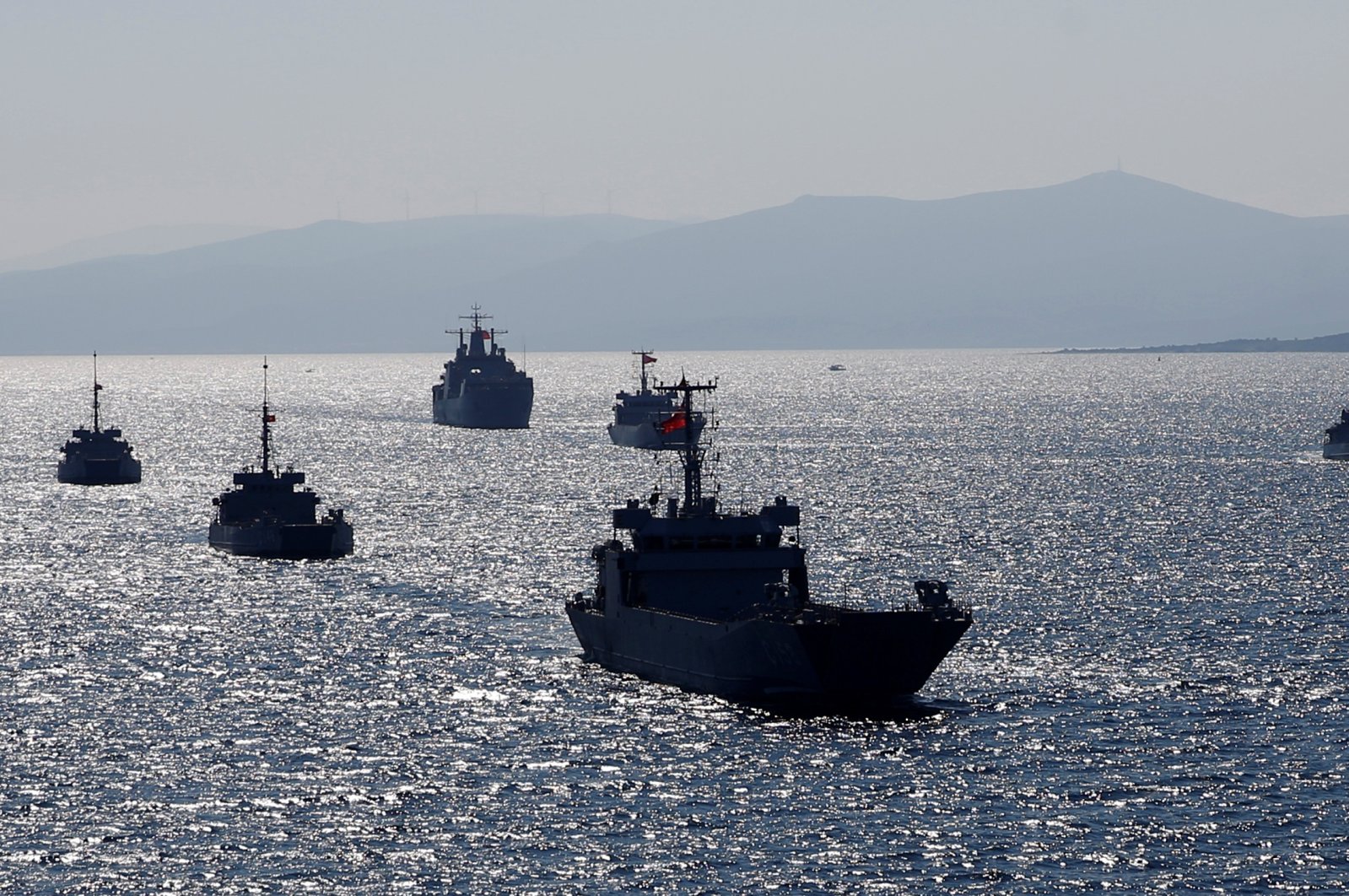 The TCG Anadolu, under construction at Sedef Shipyard in Istanbul’s Tuzla, is a Landing Helicopter Dock- (LHD) type amphibious assault ship. LHDs, which are small aircraft carriers, are characterized by a well deck, allowing the use of several types of aircraft including Vertical/Short Take-Off and Landing (V/STOL) and Short Take-Off and Vertical Landing (STOVL) fighter jets, and also enabling the transfer of large numbers of military personal and armored vehicles.

The submarines that are under construction are also expected to significantly boost the Turkish navy’s capabilities in the Aegean and the Mediterranean seas.

The country is constructing a fleet of six new Type-214 air-independent propulsion submarines as part of a contract signed with German ThyssenKrupp Marine Systems in 2009. The submarines are set to join the Turkish Naval Forces Command between 2022 and 2027. The construction of the first submarine, the Pirireis, began five years ago.

Equipped with weapons for underwater, surface and land targets, the submarines are capable of firing many types of torpedoes and missiles as well as laying mines.

Leading local defense contractors are taking part in the delivery of a majority of the submarine systems. The submarines use systems developed by ASELSAN, Havelsan, MilSOFT, Defense Technologies Engineering and Trade Inc. (STM), Koç Information and Defense, the Scientific and Technological Research Council of Turkey (TÜBITAK) and Ayesaş. Meanwhile, local manufacturers such as Gürdesan, Sirena Marine, Arıtaş and I-Marine are also contributing to the construction process.

Demir said the fleet replenishment vessel (DIMDEG) construction project is continuing, along with the construction of Istanbul Frigate, the first vessel of Turkey's I-class frigates that are based on the national shipbuilding project MILGEM.

“The construction of various vessels in different classes and types of torpedo boats continues. When these are put into service, our power at sea will increase,” he added.

Demir stressed that those vessels should, of course, not be evaluated as just naval platforms but are rather significant with all other systems that will be equipped, from air defense to torpedoes, all kinds of weaponry elements and electronic warfare elements.

“Thus, it is important to have a complete operational environment and to support it with local production, to be on the field with national designs,” in order to have the operational capability “in line with the interests of our country," he said.

Demir said work in all areas of the defense industry – along with work in rocket technology, space and aviation or electronics – is essential for the development of the country, as each area, like the power of the land forces or power of the naval forces, supports the others.

In today's environment, Demir said all technological advances – such as cybersecurity and electronic warfare, and satellites that the country would send to space – “should be in front of us as a road map,” and the country is racing against time to accomplish these goals.