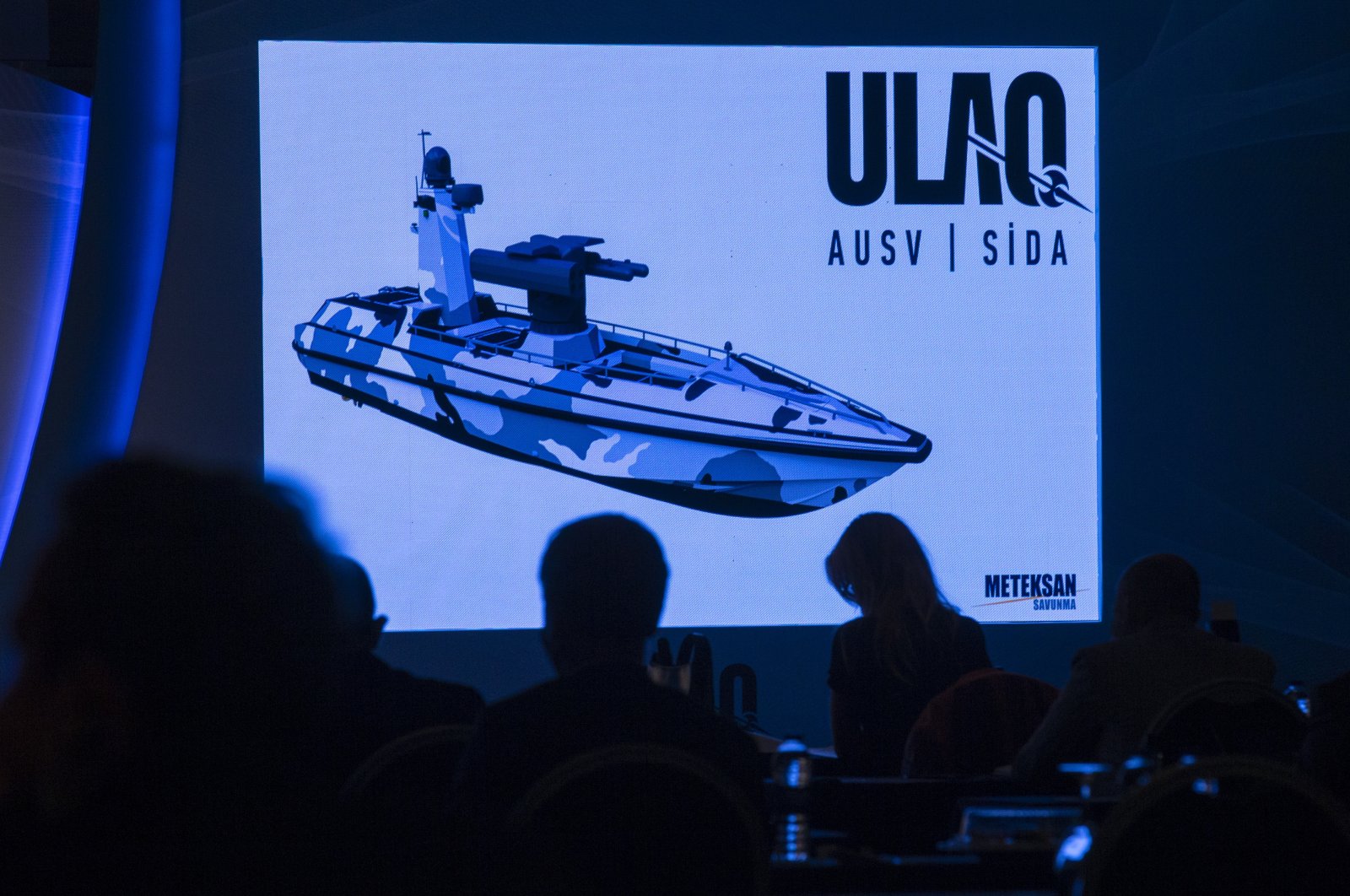 The prototype of the AUSV, the first product of the ULAQ series, is set to be completed by December.

The AUSV will have a cruising range of 400 kilometers (249 miles), a speed of 65 kilometers per hour, day and night vision capabilities and a national encrypted communication infrastructure.

The vehicle can be equipped with different types of payloads, such as electronic warfare, jamming and different communication and intelligence systems, as well as missile systems to meet the various operational needs of Turkish security forces.

Besides its ability to operate alongside other AUSVs with identical or different designs, the marine vehicle was designed to perform joint operations with other unmanned and manned aircraft.

The remote-controlled unmanned marine vehicle will be equipped with superior and state-of-the-art capabilities with artificial intelligence and autonomous features.

Ares Shipyard General Manager Utku Alanç, speaking during the press conference, said they began building the AUSVs to perform tasks such as reconnaissance, surveillance and intelligence, surface warfare, asymmetric warfare, armed escort and force protection. These unmanned marine vehicles will also provide strategic superiority for tasks at sea in the maritime area surrounding Turkey, dubbed the "Blue Homeland," including the Aegean and the Eastern Mediterranean, he added.

Alanç noted that apart from launching and being commanded from the land, the AUSV can also be launched or commanded from floating platforms, such as aircraft carriers, frigates and landing ships.

“Thanks to the flexibility of usage, it will bring enormous additional capabilities to our country in the field of operation,” he added.

Alanç said that the firing tests of the first AUSV will be carried out in the first quarter of 2021 with national missile systems developed by the leading Turkish defense industry firm Roketsan, namely the Cirit pedestal-mounted laser-guided missiles and the long-range anti-tank missile UMTAS.

“We are proud to share the good news that unmanned marine vehicles for intelligence gathering, mine hunting, submarine defense warfare, firefighting, humanitarian aid and evacuation will be ready for production after the prototype AUSV, which is the first phase of the project we started in the field,” the Ares Shipyard chairperson emphasized.

Also speaking at the press conference, Meteksan Defense General Manager Selçuk Alparslan stated that they will equip the platform developed by Ares Shipyard with domestic and national payloads such as communication, radar, electro-optics, electronic warfare and sonar systems.

He emphasized that, after meeting the needs of the Turkish Armed Forces (TSK), the vehicle also bears significant export potential considering the needs of the friendly and ally countries of Turkey. “The ULAQ, which is a completely domestic and national platform, will be a system superior to its global counterparts and will contribute to the defense of the Blue Homeland,” he added.