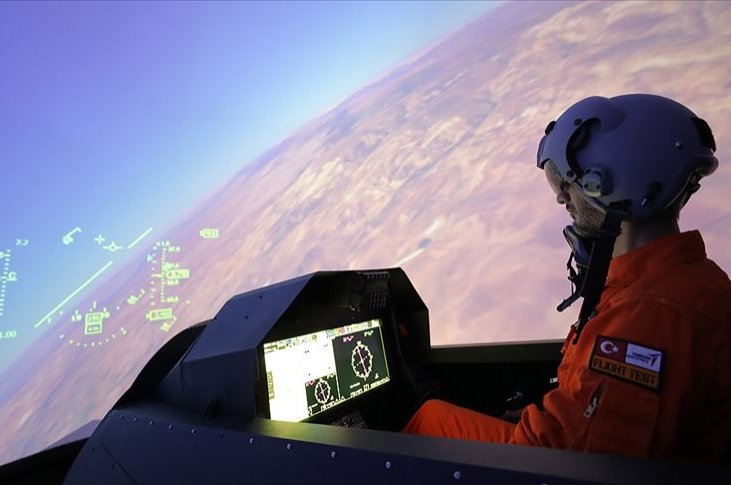 The company is completing several projects using domestic sources from design to production, like that of the Hürjet project itself.

Within the scope of the program, a simulator called Hürjet 270 was developed. Equipped with artificial intelligence (AI) infrastructure, the simulator will contribute to the ergonomics of the jet's design by taking feedback from test pilots. It will also collect data for future training simulators.

The simulator, which consists of less costly parts of the original aircraft while still containing its latest technological developments, will also be able to instantly detect errors encountered by pilots during test runs, a first for the defense industry. Thanks to its real-time software, size and features, along with its wide viewing angle, existing risks will be identified and eliminated during the development phase.

The integration of the simulator's avionic and flight control software, screens, cockpit components and communication equipment was completed by TAI’s Prototype Office.

The company aims to produce two prototypes with one capable of flying by the end of 2022.

Speaking on expected contributions from the Hürjet engineering simulator to the project, Doğan said: “We have to develop the flight control algorithm and software and the avionics software before the plane is produced and assembled. The 270-degree engineering simulator we developed for Hürjet provides us with a greater capability to make flight control algorithms, software and avionics software with the input of test pilots.”

“TAI engineers have performed very well not only in terms of aircraft development but also in terms of developing such infrastructures,” he added.