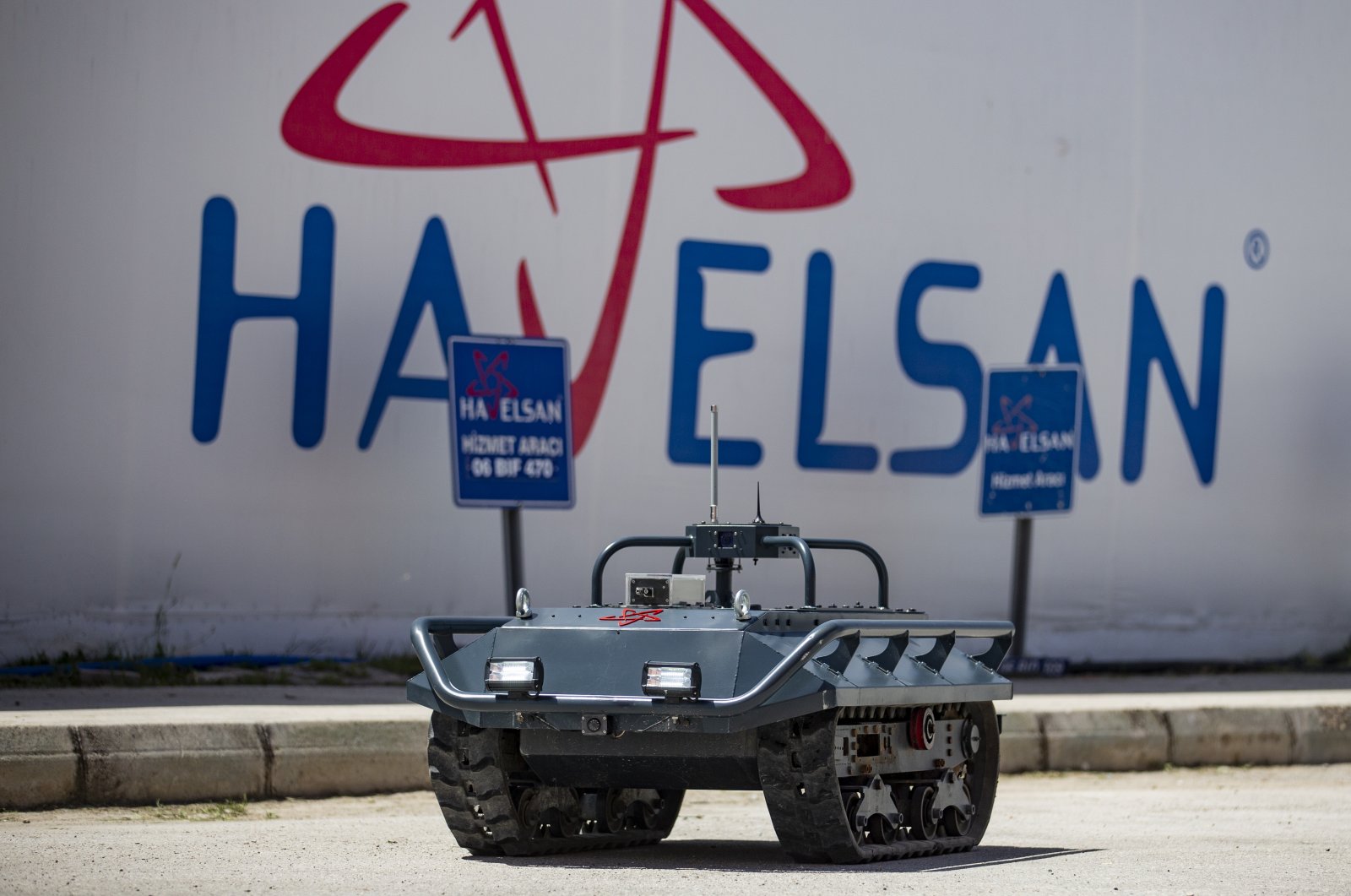 Turkey’s leading defense company HAVELSAN has completed the development of its unmanned ground vehicle (UGV) and has turned its attention to developing herd intelligence for unmanned land, air and underwater vehicles to allow them to operate in a coordinated way.

HAVELSAN Education and Simulation Technologies Vice General Management has been working on autonomous systems since 2018. In this context, research and development (R&D) projects were carried out in the fields of Swarm Robotic Flying Systems and Robotic and Autonomous Land Systems.

The medium-level UGV prototype was designed and developed in a short period of time in 2019 as a result of those projects.

The unmanned vehicle was developed as a robust unit, with its compatibility with the physical environment as well as its engine control system, battery monitoring system, environmental sensors such as LIDAR and RADAR, data fusion unit, artificial intelligence module, health condition monitoring system, and camera and imaging systems.

The HAVELSAN UGV has a length of 150 centimeters, a width of 100 cm, a height of 60 cm and a weight of 350 kilograms. The vehicle, powered by an electric motor, can reach a speed of up to 7 kph.

Mehmet Akif Nacar, the deputy general manager of the HAVELSAN Education and Simulation Technologies Department, told Anadolu Agency (AA) that the company has achieved important developments in the field since the initial exhibition of the UGV at the International Defense Industry Fair (IDEF) held last year in Istanbul.

Nacar stated that they are carrying out R&D studies with their own resources on autonomous systems and aim to develop autonomous vehicles in four different categories: land, air, surface and underwater.

The defense and software company has also started tests related to herd intelligence and has developed an algorithm, Nacar said.

“Rather than the autonomous operation of a single vehicle, we aim to develop herd intelligence” that will allow a group of vehicles to operate in a coordinated way, he said.

Various tests, including those related to tasks, were carried out on the ground vehicle, especially regarding operations in adverse outdoor conditions such as snow, mud and rain.

Nacar said the vehicle performed well in all conditions and they are now working on developing new systems using similar technologies in unmanned aerial, underwater and surface vehicles.

Stating that they are carrying out studies on autonomous vehicles with the concept of “joint operations,” Nacar said: "We will do this phase by phase. It is an important technological development. We will start with unmanned ground vehicles, then we will continue with air and water vehicles. Since we will use the same protocols, algorithms and systems in all of them, we will be able to plan them as a single system that can communicate with each other and coordinate with their subsystems.”

He added that the ground vehicle is very close to mass production following the qualification tests.