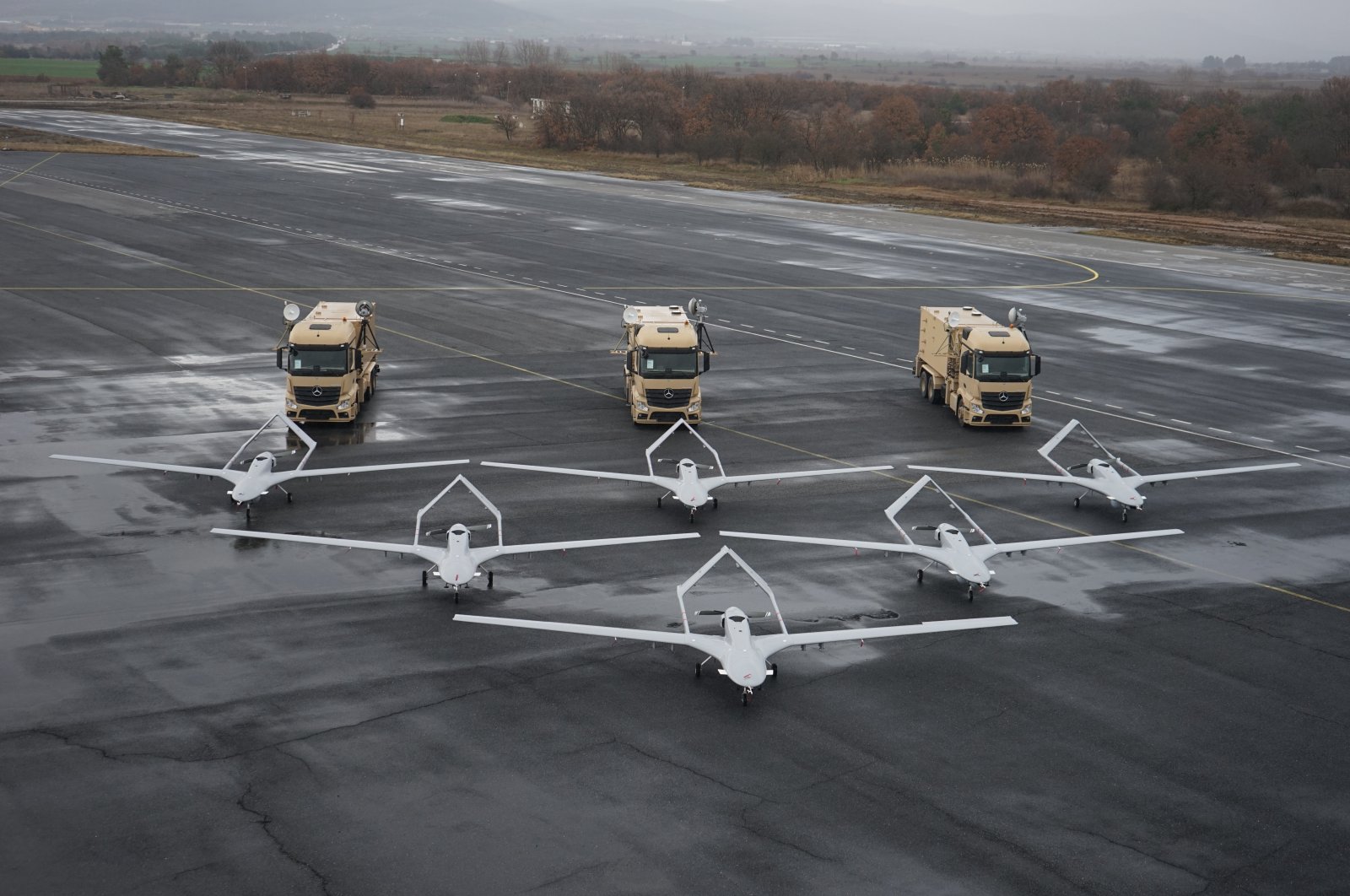 Referring to Turkey’s recent use of domestically made unmanned aerial vehicles (UAV) in Syria and Libya, along with electronic warfare (EW) systems, the U.K.'s defense secretary, Ben Wallace, said, “Even if half the claims are true, the implications are game-changing.”

Wallace on Wednesday was giving a speech at the Air and Space Power Conference, during which he highlighted the future of defense technologies, air and space power being the forefront, in an age of ever-changing and rapidly improving technologies in a constant competitive environment.

“We must think about what comes next,” Wallace said as the global picture has now changed and threats are coming from all different angles. For example, today it’s the coronavirus, tomorrow “it could be a high-level cyber strike,” he pointed out.

The U.K. defense secretary stressed the urgency and importance of working with regards to the air and space environment of the future, how it might be even in 2050, highlighting the evaluating of the use of such technologies by other exemplary countries.

“We need to look at the lessons of others. Look how Turkey has been operating in Libya where it has used Bayraktar TB-2 UAVs since mid-2019,” Wallace said, noting that those UAVs “have conducted intelligence, surveillance and reconnaissance and targeting operations against frontlines, supply lines and logistics bases.”

“Or consider Turkey’s involvement in Syria and its use of electronic warfare, lightly armed drones and smart ammunition to stop tanks, armored cars and air defense systems in their tracks,” Wallace further noted.

Most recently in February, prompted by an Assad regime attack that martyred 34 Turkish soldiers and injured dozens of others in a de-escalation zone in northwestern Syria, just across from Turkey's southern border, domestic drones, namely the Baykar Makina’s Bayraktar TB2 and Turkish Aerospace Industries Inc.'s (TAI) ANKA-S, ended up causing significant damage to Assad regime elements, hitting everything from tanks and air defense systems to howitzers as well as military bases and chemical warfare depots.

Turkish drones in Syria have played a significant role in the country’s operations, providing surveillance and close air support (CAS) by destroying regime targets with smart ammunition either being delivered by the drones or from afar with their guidance. The Turkish Air Force's F-16 fighter jets also conducted air operations from the country’s own air space, often with the guidance of drones, to avoid being involved in direct combat with the Russian Air Force and to abide by the Sochi agreement, establishing air superiority and providing both CAS and Suppression of Enemy Air Defense (SEAD) missions.