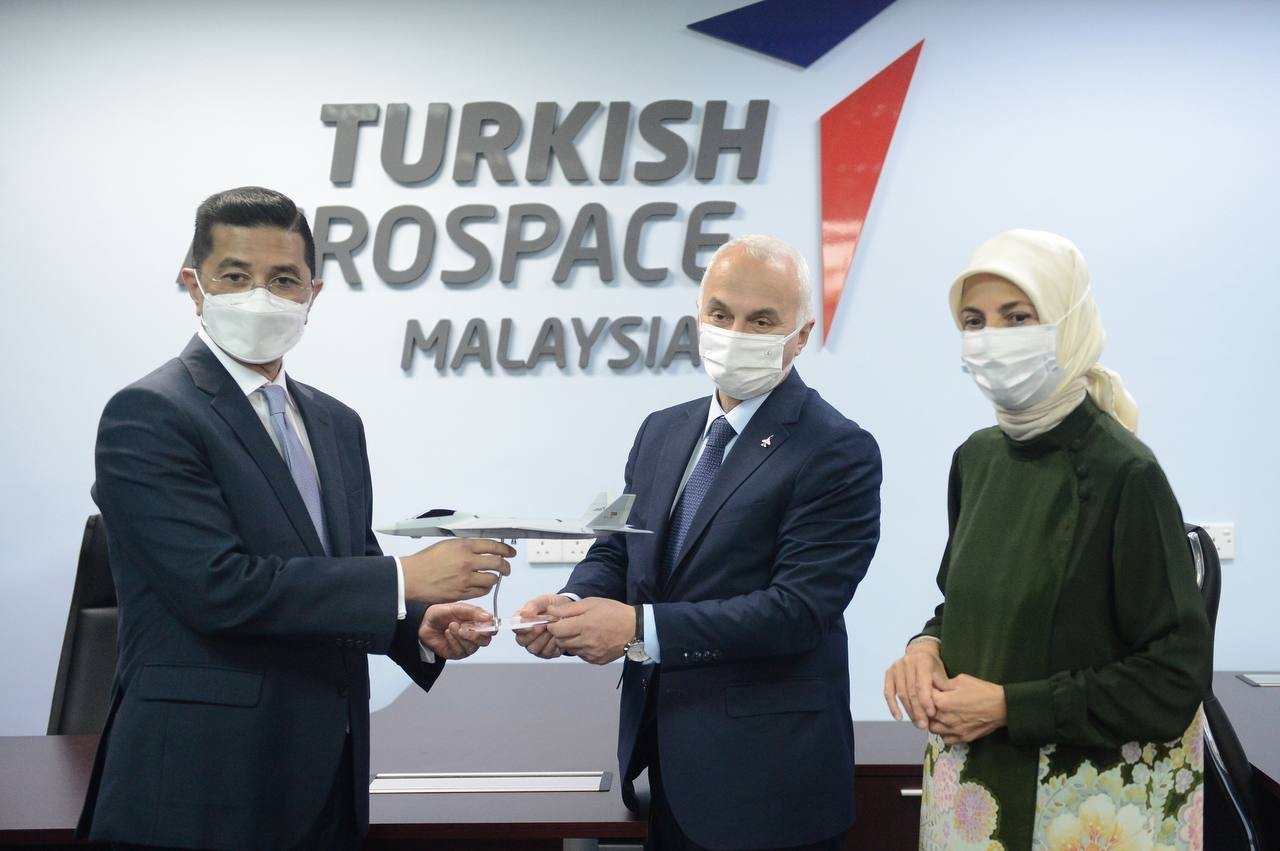 The office at the Cyberview Futurise campus in western Selangor state is the company's first engineering and design office in Southeast Asia.

TAI said it is committed to continuing its investments and collaboration in Malaysia for the development of new generation technologies, particularly in the field of the defense and aviation industry.

The company has expanded its reach further by establishing more than 10 technology offices around the world.

Turkish and Malaysian engineers will carry out joint studies in a number of areas such as unmanned aerial vehicles (UAVs), jet trainers, helicopter projects, and modernization programs for the global aviation ecosystem.

Addressing the opening ceremony, Malaysia's International Trade and Industry Minister Mohamed Azmin Ali said the move is an opportunity for the two countries to combine their joint expertise to secure workflow for the benefit of the Turkish and Malaysian aerospace industry.

"Turkey has one of the fastest developing defense and aerospace sectors in the world and has achieved many firsts for the Muslim world," Azmin Ali stated.

"The competitive cost of doing business in Malaysia will undoubtedly be beneficial for both parties to raise the nation's local expertise as well as certification status," Rahman said.

Also speaking at the ceremony, TAI head Temel Kotil said the company will host important studies for Malaysia and Turkey to develop joint projects in the field of aviation, space and defense.

"We aim to expand our experience in these fields within the scope of joint projects with Malaysia and to strengthen the global aviation industry, especially in our regions," Kotil underlined.

Merve Kavakçı, Turkish ambassador to Malaysia, said: "We have strong political and commercial relations with Malaysia. We are resolutely seeking further progress through new collaborations in the field of defense industry."