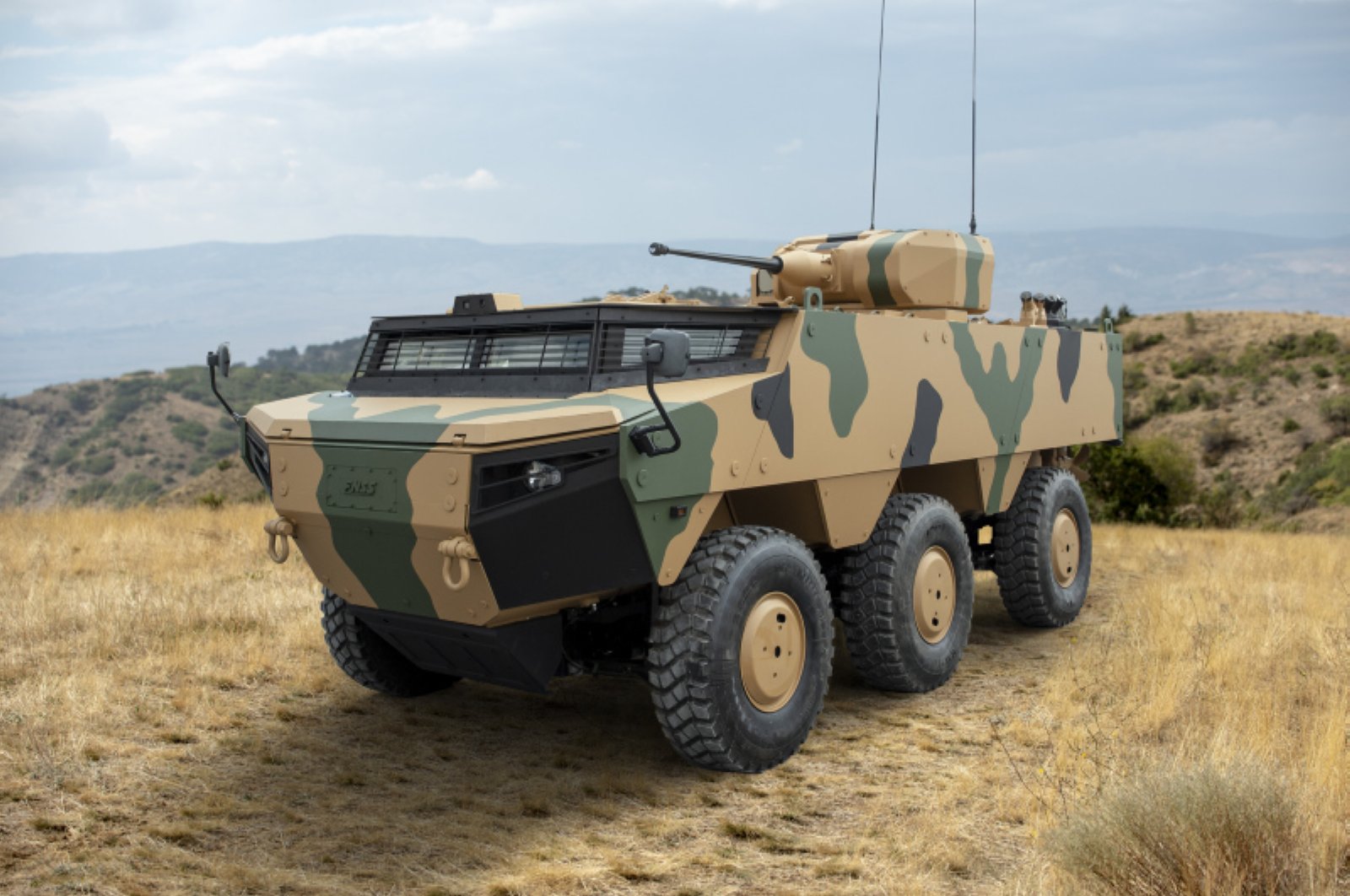 The latest batch of vehicles is the first one to use the OMTAS turrets developed by the country’s leading defense company ROKETSAN.

The FNSS Chairman Nail Kurt said that those 26 vehicles have been delivered to date within the scope of the weapon carrier vehicles project previously inked between the Defense Industries Presidency (SSB) and the FNSS.

"The last two of these were delivered with OMTAS turrets,” Kurt said and have thus entered the army’s inventory as anti-tank vehicles.

Kurt also noted that the company took all measures to prevent any delay in the delivery of products due to the effects of the COVID-19 pandemic.

He added that Pars 4x4 vehicles, which have also been developed under the scope of the same project are expected to be delivered with OMTAS missiles.

The qualification tests have started at full speed for the Assault Amphibious Vehicle (AAV), Kurt went on saying, noting that they are expected to be completed over the course of the next year.

"Mass production will be completed by the end of 2021 and the beginning of 2022 and 27 vehicles will be delivered," he said.

Speaking on the company plans over the course of the rest of the year, during a press meeting, Kurt said that they expect a 15% decrease in sales, which is not entirely because of the COVID-19 outbreak but rather due to delays in expected and signed projects.

Talking about the effects of the outbreak he added that it will take up to one year for the impact of the virus to become apparent and that it is too early to come to any conclusion about it. He also added that the effects should not only be considered negative.

Pointing out that an ecosystem has been developed in the defense industry in the last 30-35 years and it had gained serious momentum in recent years, Kurt said, "It should not be lost, because it will be very difficult and costly to get up and running again. Precautions to maintain this ecosystem and ensure sustainability are required,” he said.

The defense company chairman has also given information about the firm’s activities abroad and stated that they do not foresee any change in export plans.

The company currently has a project that includes the installation of a facility, along with an ongoing project in Oman, he said adding that Malaysia is also very interested in the Pars 4x4 and the Nurol Makina's Ejder Yalçın 4x4 armored combat vehicles.

The modernization and upgrade of the armored combat vehicle Adnan are needed in the Southeast Asian country, Kurt noted and its search for 8x8 vehicles continues as well.

Pointing out that the FNSS has signed a new contract for the medium weight class tank KAPLAN MT in Indonesia, Kurt stated that they expect to receive larger orders over the course of up to two years of period.

The KAPLAN MT prototype was first exhibited at the 13th International Defense Industry Fair held in May 2017. The first prototype was sent to Indonesia in September 2017.

The diesel-engine powered tank has a fully automatic transmission and is able to carry three crew members –a driver, a shooter and a commander.

With a maximum speed of 70 kilometre per hour (kph), the vehicle has a range of 450 kilometers.

Ballistic guards protect the tank's body and the vehicle has add-on armor. In addition, the tank's belly is guarded against mines.

It also has a secondary weapon in the shape of a 7.62 mm coaxial machine gun.

Kurt stated that there is a need for a new generation armored combat vehicle and weapon turret weighing more than 30 tons, which have also found their place in the company portfolios.

A tender for a project in South Korea is still continuing, Kurt informed as they expect it to be completed in the first months of 2020. He also hinted that they are hopeful on projects regarding South America and some Turkic republics.

He further added that they have projects for unmanned land vehicles in line with the demand.