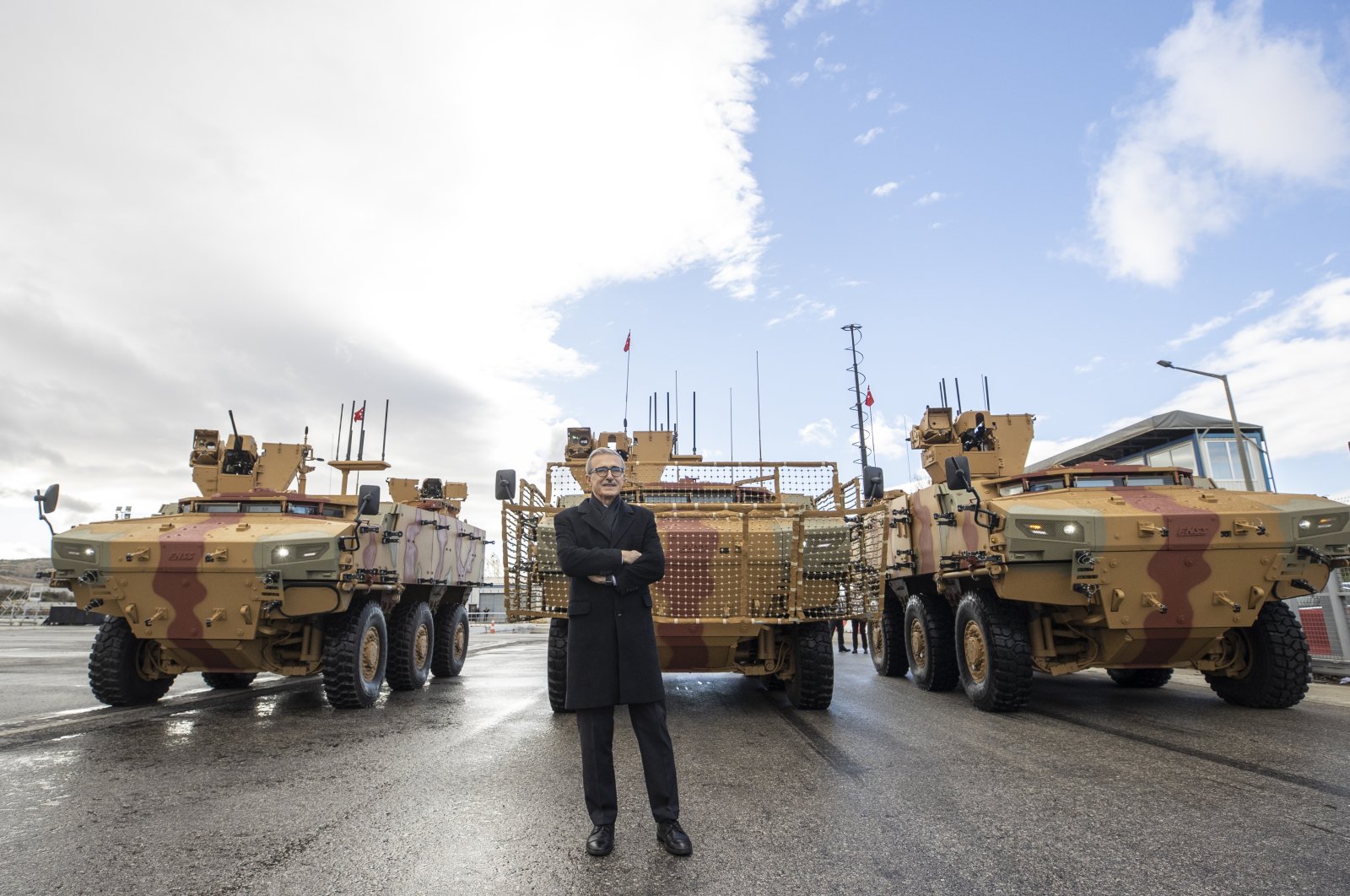 The PARS IV 6x6 Special Operations Vehicles developed within the scope of the "6x6 Mine Protected Vehicle Procurement Project" signed between the Presidency of Defense Industries (SSB) and leading Turkish land vehicles manufacturer FNSS, entered the inventory of security forces with a ceremony held Tuesday.

The ceremony was held at the FNSS facilities in Ankara’s Gölbaşı.

SSB Head Ismail Demir, in his speech there, stated that the defense industry has a wide-ranging inventory in the land vehicles sector to meet the needs of the Turkish Armed Forces (TSK), security forces and friendly and allied countries abroad.

“Today, we are holding the delivery ceremony of our PARS 6x6 Mine-Proof Vehicles, which have been meticulously prepared from the beginning to end,” he said, noting that the PARS vehicles provide security forces with the ability to move under high armor protection and to meet the high-capacity image, voice and data communication needs of these elements in the operational environment.

“It is designed as mine, improvised explosive device (IED) and ballistic protective vehicle. We are proud to have a defense industry that designs, develops and manufactures such a vehicle, which is a first in the world with other technical features,” he said.

Nail Kurt, general manager of FNSS, also speaking at the ceremony, said the vehicle has completed its 25,000 kilometers (15,534.27 miles) of driving in difficult conditions.

“With the delivery of the vehicle to the TSK, a new generation combat vehicle in the 6x6 class will be included in the inventory of our army for the first time and will be an important power multiplier.”

The PARS IV 6x6 Mine Protected Vehicle was designed as a vehicle beyond existing vehicles with its fire capability for special operations and mission equipment with new technology.

The vehicle, which has a modular armor structure, completes the passive protection elements thanks to the integrated IED kit and the RPG network that can be easily disassembled and mounted by the user.

Active mixing/blinding systems with acoustic warning, which are sensitive to supersonic sounds and integrated with gun turrets, 360-degree dual-user fog mortars and CBRN (Chemical, biological, radiological and nuclear defense) system are also included in the vehicle as active protection elements.

Three different weapon types can be used in the turrets, the weapon of which can be easily changed by the user if needed.