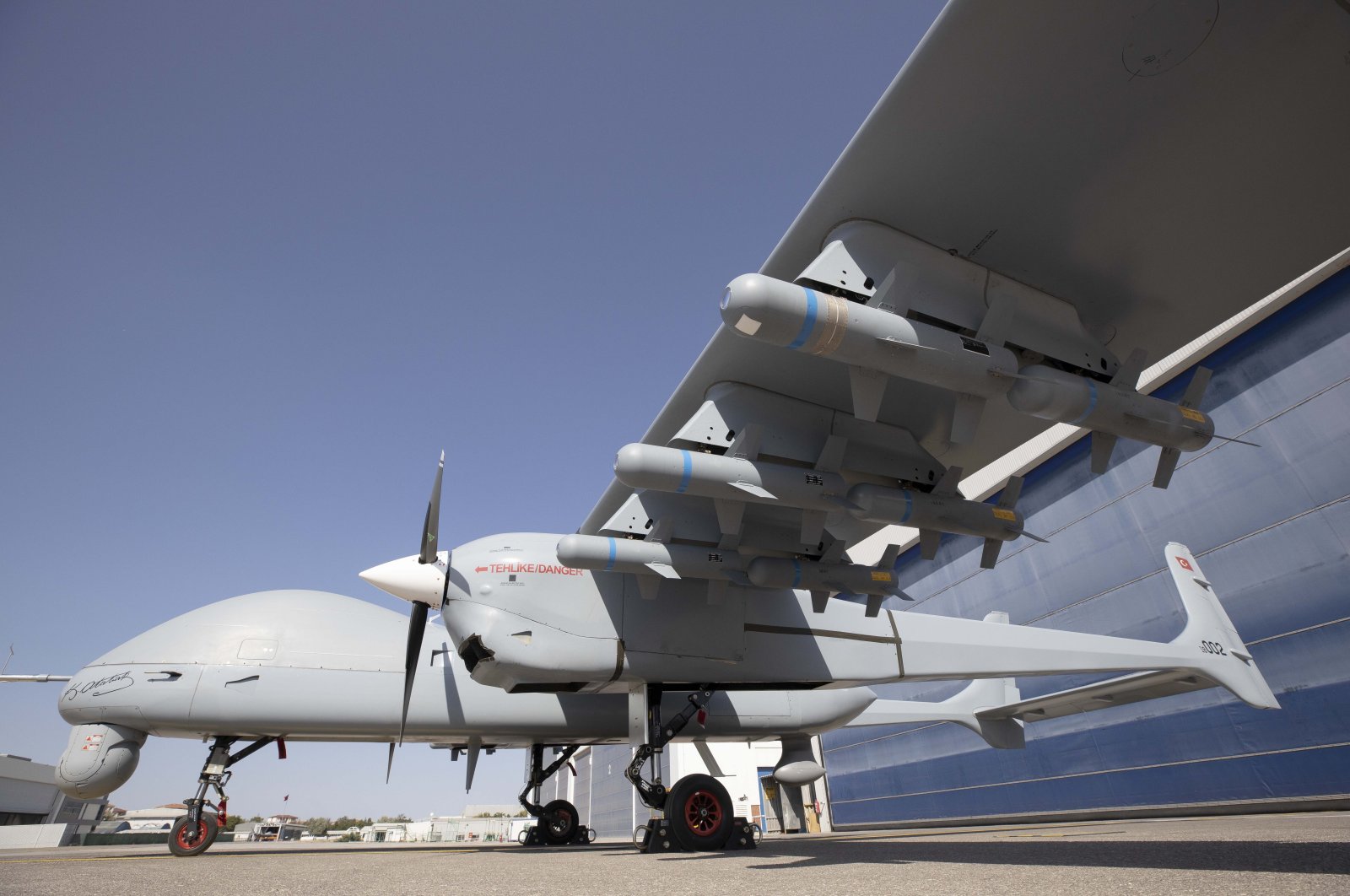 Aksungur, a domestically produced medium-altitude, long-endurance unmanned aerial vehicle (UAV) developed by Turkish Aerospace Industries (TAI), completed a 28-hour-long flight Thursday. It was the first time the aircraft flew with a payload at an altitude of 20,000 feet (6,096 meters).

TAI confirmed the new achievement on Twitter. "Aksungur, the domestic and national product of our country, flew for the first time with full ammunition, 12 MAM-L (Smart Micro Munition), at an altitude of 20,000 feet for 28 hours," the statement read.

TAI also shared a video of the flight.

The UAV most recently broke a record during its 59th test flight by staying in the air for 49 hours, TAI announced on Sept. 2.

Loaded in all six stations, Aksungur performed the 28-hour mission with 12 MAM-Ls for the first time.

The MAM-L, developed by leading Turkish defense contractor Roketsan, came to the fore after media and defense sources reported that Turkish drones used smart ammunition to neutralize enemy targets, including tanks, howitzers and Russian-made air defense systems, during its counterterrorism operations and retaliatory moves against the Bashar Assad regime in Syria.

Aksungur previously carried and test-fired MK-82 ammunition with a Teber guidance kit weighing around 250 kilograms. It was the first drone to use Teber. The Teber guidance kit, also developed by Roketsan, converts conventional bombs into precision smart ammunition.