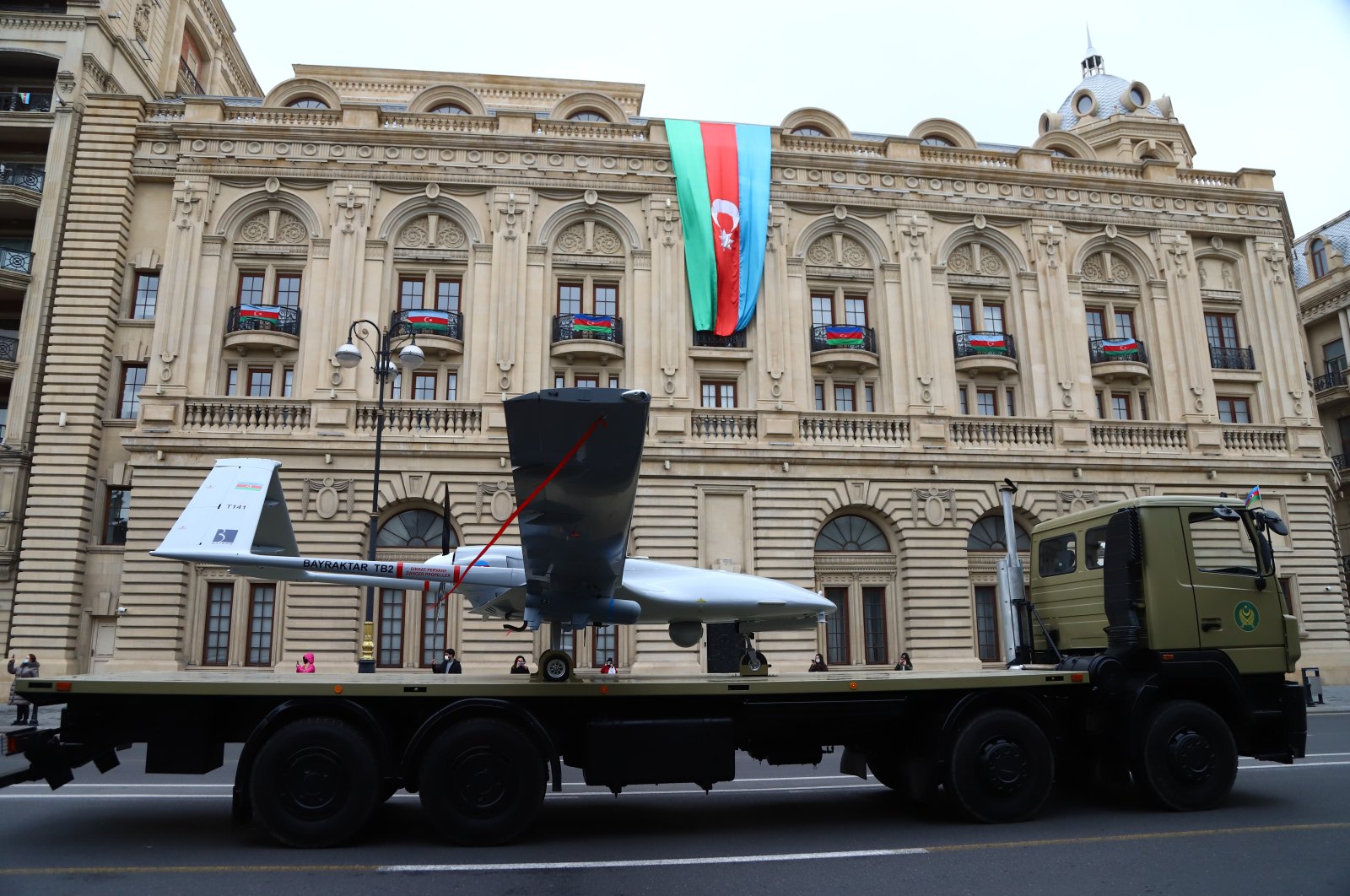 An Azerbaijani army Bayraktar TB2, a medium-altitude, long-endurance combat unmanned aerial vehicle, is displayed during a military parade to mark the victory in the Nagorno-Karabakh conflict, in Baku, Azerbaijan, Dec. 10, 2020. (AA Photo)
by DAILY SABAH WITH AA Jan 04, 2021 1:08 pm
RECOMMENDED

Neizhpapa also said Ukraine will use the drones both in sea and land operations, adding that his country will reach a production capacity at NATO standards thanks to Ada-class corvettes jointly produced with Turkey.

The official’s remarks come after defense officials from the two countries signed an agreement in December that will see Ukraine acquiring another batch of Turkish UAVs and also buying corvettes built under Turkey’s MILGEM (National Ship) marine platforms project.

The corvettes will be produced using Turkish technologies at the Okean shipyard in the Ukrainian city of Mykolaiv, the shipyard said late last month.

The ties between the two countries, particularly their defense partnership, have been enhanced in recent years, proven by multiple bilateral visits of the two states’ officials.

The CEO of Ukrainian aircraft producer Antonov, Oleksandr Los, said earlier that the company aims to cooperate with the Turkish aviation industry for the production of AN-178 aircraft.