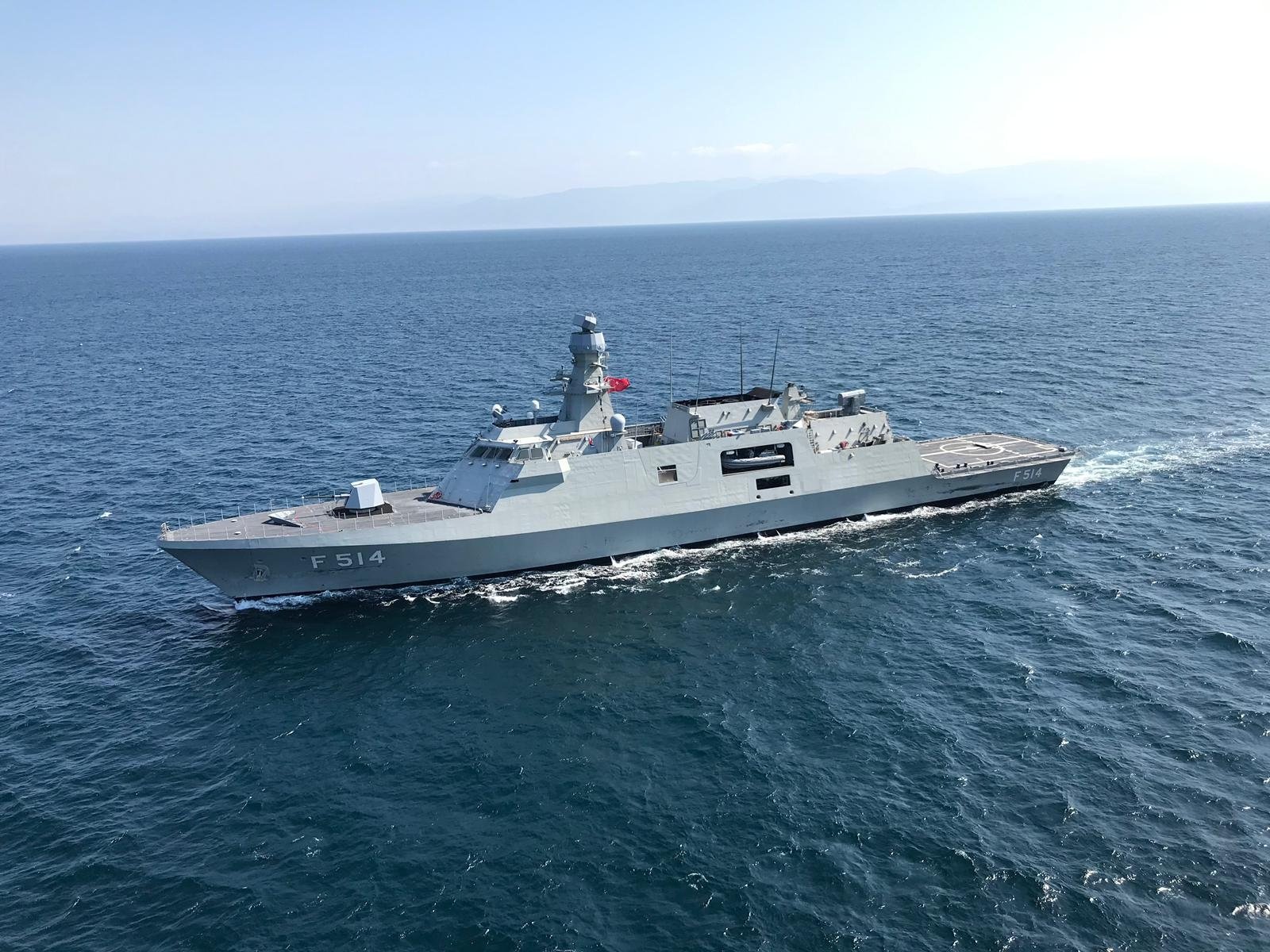 Ukraine is preparing to add another batch of Turkish unmanned aerial vehicles (UAV) and also acquire Turkish-made corvettes to further strengthen its navy thanks to new agreements between the two countries.

Defense officials of the two countries signed the deals during a visit to the capital Kyiv by Ismail Demir, the head of the Presidency of Defense Industries (SSB), the authority said Friday.

"Defense industry cooperation between Turkey and Ukraine continues to rise," the SSB wrote on Twitter.

To help improve the capabilities of its naval forces, Ukraine is said to be looking to purchase corvettes built under Turkey’s MİLGEM (National Ship) marine platforms project.

Ukraine has worked to rebuild its navy amid tension with rival Russia in the Black Sea and the Sea of Azov.

Speaking ahead of a meeting using the quadriga format between the foreign ministers and defense ministers of Ukraine and Turkey in the capital Kyiv, Ukrainian Defense Minister Andriy Taran said Turkey can help Ukraine meet its main goal of becoming a NATO member.

“Turkey is a key NATO member and can help Ukraine in this regard. Therefore, we are open to increasing cooperation in all areas,” said Taran.

He said they have decided to acquire Turkish-made UAVs after Ukrainian President Vladimir Zelenskiy decided to modernize the country’s army.

“There is no need to convince anyone that Turkish UAVs are the most effective modern weapons. Everyone saw this in Syria, Libya, and most recently in the fighting in Nagorno-Karabakh,” Taran said.

“I and our President personally witnessed the high effectiveness of the Turkish Bayraktars we bought. In addition to purchasing, we want to produce and transfer technology together in Ukraine. Ukraine can share its own technologies with Turkish companies, this is a project for the common good of everyone,” he added.

The Ada-class corvette, meanwhile, can carry out the determination, location, classification, identification, and destruction of air, surface and underwater targets as well as provide naval gunfire support.

The MİLGEM project was initiated in 2000 to locally design and build a fleet of multipurpose corvettes and frigates that will replace older ships.

In addition to avoiding any potential threats, corvettes can perform maritime operations such as maritime surveillance and patrols, coastal and infrastructure protection, and the supervision and surveillance of exclusive economic zones.

Turkey has built four corvettes so far in line with the program, namely the TCG Heybeliada, the TCG Büyükada, the TCG Burgazada and the TCG Kınalıada, while the fifth vessel, the first MİLGEM I-class frigate of its kind, the Istanbul Frigate, is still under construction and is expected to boost the country’s national capacity, paving the way for further export opportunities.

The Pakistan Navy signed a contract in July 2018 to acquire four MİLGEM-class ships from Turkey. Two ships will be built in Istanbul and two others in Karachi thanks to a technology transfer.

The ties between the two countries, particularly their defense partnership, have been enhanced over the recent years, proven by multiple bilateral visits of the two states' officials.

They recently signed a “goodwill” agreement concerning the defense industry and a “military framework agreement” during Ukrainian President Volodymyr Zelenskiy’s visit to Turkey in October.

Details of the agreements were not provided; yet, Zelenskiy said the deals paved the way for “new opportunities.”

“Cooperation in the defense industry is important for the development of our strategic partnership, and I am happy that we are strengthening it today,” he said.

President Recep Tayyip Erdoğan hailed relations with Ukraine and said both countries had enhanced their ties in many fields, including defense, thanks to an approach geared toward satisfying both sides equally.

Under an agreement signed during the visit, Turkey pledged to provide TL 205 million ($26.78 million) to help Ukraine meet its military needs.

In October, speaking to Ukraine’s parliament, Zelenskiy touted the current level of cooperation between his country and Turkey, including in technology and the defense industry.

He stressed that Kyiv's relations with Ankara have reached unprecedented levels.

Ukrainian aircraft producer Antonov CEO Oleksandr Los earlier said the company aims to cooperate with the Turkish aviation industry for the production of AN-178 aircraft.

Çavuşoğlu and Akar met Ukrainian Prime Minister Denys Shmyhal on Friday as part of a two-day official visit for preparations of the ninth Turkey-Ukraine High-Level Strategic Council meeting and to attend the "Quadriga" meeting, which will be held in the 2+2 format with the participation of foreign and defense ministers.

Speaking at the meeting, Akar said Turkey and Ukraine have had strategic partnership relations since 2011 and stressed that the bilateral relations are “excellent.”

Referring to bilateral cooperation in the defense industry, Akar said that if this increasing cooperation becomes more advanced in the coming period, it will benefit both Turkey and Ukraine.

“Had a fruitful meeting with PM Denys Shmyhal of Ukraine. Our trade volume is nearly $5 billion; our goal is $10 billion. Free Trade Agreement will help to reach this goal,” Çavuşoğlu said on Twitter.

“Will further our cooperation in every field from energy to defense industry,” he added.

“We are one step away from the tunnel where the light appears to complete the free trade agreement, we can complete (the agreement) very soon,” Kachka said.

On the sidelines of Zelenskiy’s visit in October, Erdoğan said the two countries were committed to making the FTA deal.

The two countries have agreed to work to boost the bilateral trade volume, initially to $10 billion and then to $20 billion, significantly higher than the $5 billion seen in 2019.

The leaders have called for negotiations on a free trade agreement that have been ongoing since 2012 to be concluded this year.