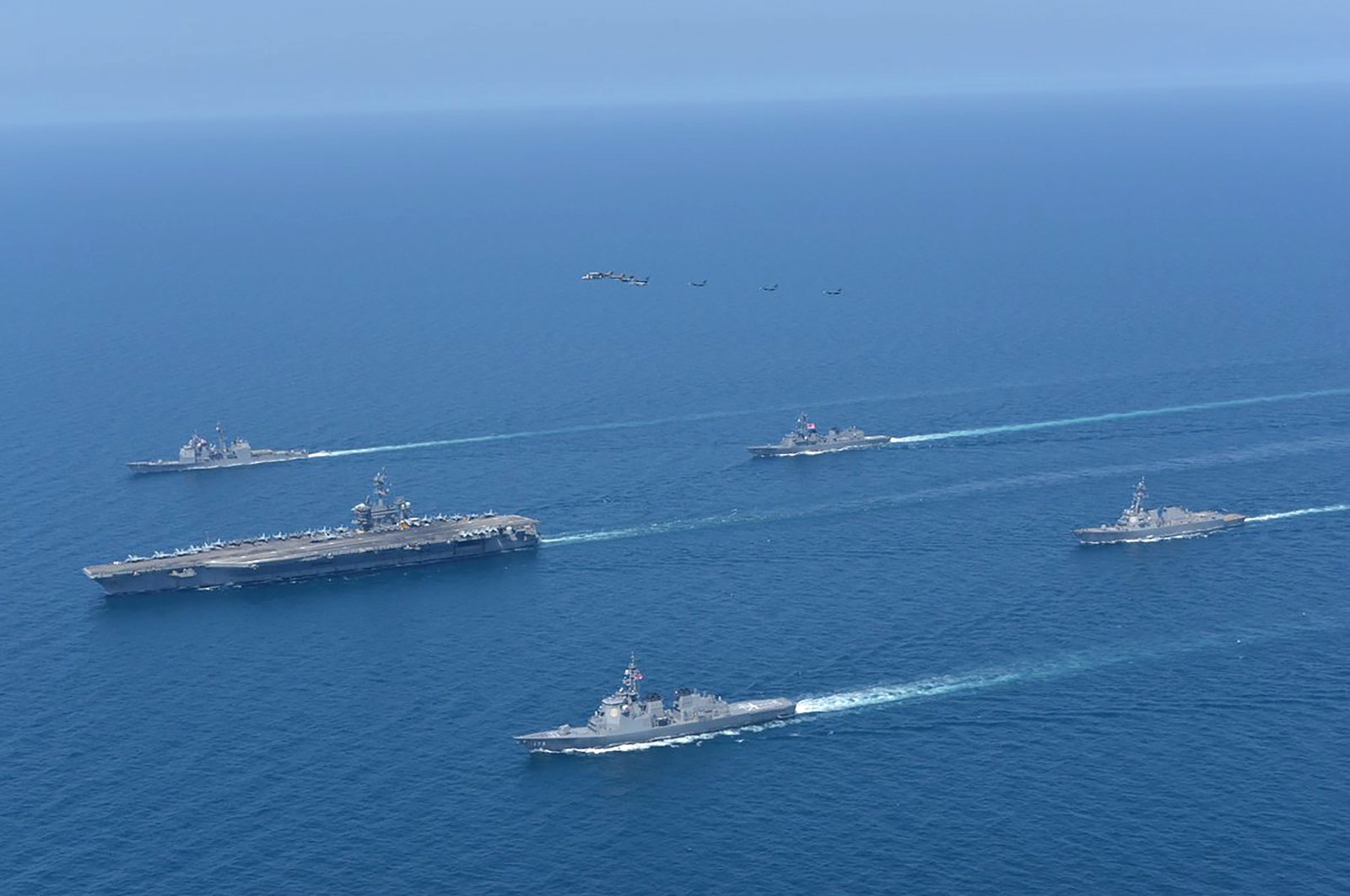 Cooperation between the U.S. and Tokyo has gained momentum to make Japan's military more deterrent in response to the rising regional and global role of China.

Japan's Defense Minister Nobuo Kishi met with U.S. Defense Secretary Lloyd Austin in the past week, and the two tackled China's attitude towards the Russia-Ukraine crisis, balance in the Indo-Pacific region, and the Taiwan Strait, seen as Beijing's weak spot.

The military structure in Japan is not categorized as an army, but as self-defense forces, but it ranks fifth in the global firepower standings between India and South Korea.

Established in 1954, the Japanese Self-Defense Forces (SDF) has a pacifist nature in line with Article 9 of the Constitution rejecting the use of war to settle disputes. It includes some 250,000 active personnel and 60,000 others in reserve.

In line with a bilateral deal between Washington and Tokyo, the Japanese government has been covering service, application, labor, and training costs of the U.S. military within the country since 1978. Earlier this year, the two countries increased the "host country support" budget to some $8.9 billion over five years.

There are more US soldiers in Japan than anywhere else on the globe, with some 55,000 personnel operating in the island country; the U.S. also has about 85 military facilities in Japan.

In response to regional threats, Tokyo planned to buy Aegis Ashore missile defense systems, but in 2020 it gave up on this, citing the high cost of the system.

The government also aims to increase the number of Aegis destroyers to 10; if this goes as planned, Japan will rank second after the U.S. in terms of destroyers with Aegis missile systems.

Notably, the Japanese government plans to deploy to-be-procured Global Hawk drones to the northern Misawa Military Base to keep an eye on the military activities of North Korea.