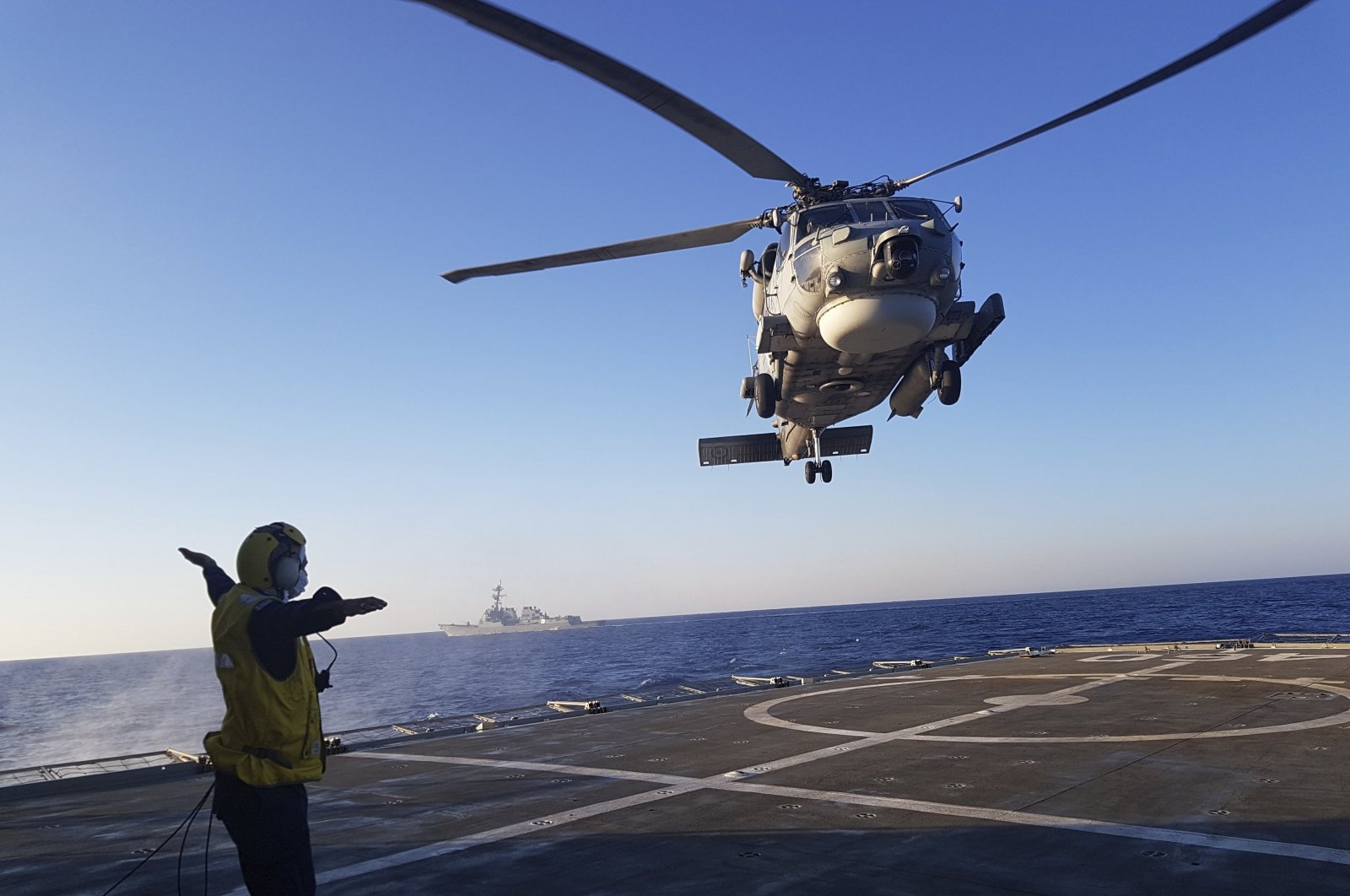 Amid heightening tensions in the Eastern Mediterranean and the Aegean, Greece has turned toward new arms purchases to strengthen its navy.

Although Athens’ potential deals put the country on the agenda of global arms suppliers and helped the country build a closer relationship with them, experts argue that defense expenditures are another burden for the Greek economy, which has been struggling with a deep economic crisis for many years and has frequently experienced domestic protests.

The country’s economy had already been leaning on the European Union for support when the COVID-19 pandemic dealt another blow that hit the tourism sector hard, the crucial backbone of the Greek economy.

Greek Prime Minister Kyriakos Mitsotakis announced that they are planning to buy 18 warplanes, four frigates and four helicopters while reinforcing the military with 15,000 new military personnel. Athens also reported that the country plans to spend 10 billion euros ($11 billion) on defense spending in the next 10 years.

Greece’s defense spending reached an all-time high in 2009, totaling around $10.6 billion according to an Anadolu Agency (AA) report released Wednesday, which cited data from the World Bank. Meanwhile, in 1977 the share of defense spending in the country's gross domestic product (GDP) was recorded at its highest level, at 5.9%.

The recent plans were also highlighted in international media. Many interpreted it as an arms race with neighboring Turkey.

According to Phillip Inmann’s report published in The Guardian in 2015, high defense spending of Greece “propelled by years of antagonism with its neighbor Turkey.”

The defense expenditure’s share in the country’s GDP was 2.1% in 2011 amid the crisis, while it was an average of 1.6% for EU member NATO countries at the time.

Though it was related to the disputes in the region, Inman's Guardian article stressed that "the Greek government is reluctant to reduce army spending and this is due to the political pressure exerted by Germany and France on the country.”

Turkey and Greece have been at odds over numerous topics, but the recent issue of gas exploration in the Eastern Mediterranean has especially heightened tensions between the two neighbors. Greece seeks to block Turkey's exploration of energy resources in the region, which Ankara says is well within its rights. Athens has attempted to restrict Turkey's maritime territory, trying to box it into its shores based on a small number of Greek islands' proximity to the Turkish coast.

France has strongly backed Greece and the Greek Cypriot administration in a growing standoff with Turkey over hydrocarbon resources, despite reiterated calls from Turkey to solve the dispute via diplomatic means and in terms of fair sharing principle, with which all sides’ rights will be protected.

Arda Mevlütoğlu, a specialist in aviation, space, defense policies and technologies, meanwhile, told AA Wednesday that Greece has largely suspended its comprehensive and ambitious armament program initiated after 1996 following the 2009 financial crisis and that the economy has just started to bounce back in the last five years with the rescue packages and measures.

However, even during the crisis period, the ratio of defense expenditures to GDP was 2.3% with some $5 billion, he added.

“In the post-COVID-19 period, we can predict that more cost-effective modernization and procurement projects will be carried out, similar to the past 10 years, instead of very extensive or expensive purchases,” Mevlütoğlu said, adding that although these were expected to come to the agenda, “the time and form of the announcement of this package is for political purposes and content.”

Regional competitiveness with Turkey along with initiatives by Ankara is a determinant factor in Greece’s political-military perception and planning, Mevlütoğlu stressed. The EU's attempts to provide “a new geopolitical identity” to Greece pushed the country into a place where it sees itself as a front or forward line of defense against Turkey, he added.

Athens also seems to be developing its military alliance with other regional countries like Egypt and Israel, he said, highlighting that Greece is preparing to establish and maintain an ambitious force, especially in terms of air and naval forces.

The country is already an appetizing market for the global defense industry, while France, Germany and the U.S. rank as the most prominent suppliers.

"In the Eastern Mediterranean focus, it can be expected that the U.S., which has tightened its relations with the Greek Cypriot administration and Greece even more, will increase its sales to this country and in this context, the sale of F-35s will come to the agenda in the short term,” Mevlütoğlu said, noting that Israel may be added to the list as well.

“As a matter of fact, Greece has recently rented Heron unmanned aerial vehicle (UAVs) from Israel. Purchases of different systems may follow,” he said.

Greek media previously said the possible sale by France of Rafale fighter jets could be on the table, signaling an increasingly strong alliance between Paris and Athens.

However, he noted, “The Greek economy, like many other countries, faces a very difficult winter,” and that the government is currently relying on the support provided by the EU's bailout fund as well as tax cuts to boost domestic demand.