3M people lose jobs in Canada in 2 months due to COVID19, unemployment hits 13% 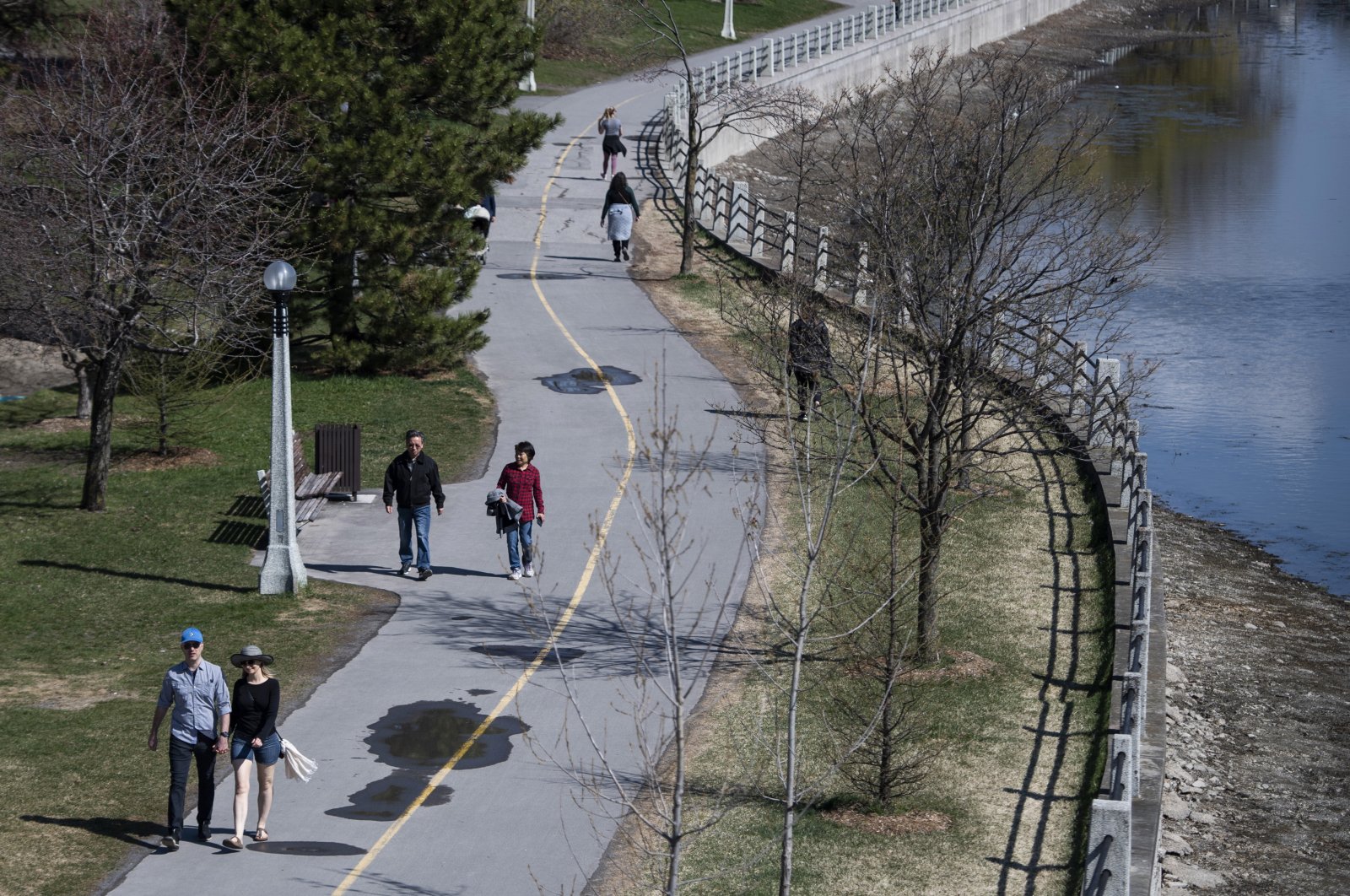 People walking along the Rideau Canal Western Pathway take advantage of warm weather in the midst of the COVID-19 pandemic, in Ottawa on May 3, 2020. (AP Photo)
by French Press Agency - AFP May 08, 2020 6:19 pm
RECOMMENDED

Canada shed 3 million jobs in the last two months due to the coronavirus lockdown, causing the unemployment rate to shoot up to 13 percent in April, the government reported Friday.

That rate more than doubled, following a relatively small increase the previous month when restrictions started to be put in place, its statistical agency said.

The new rate is second only to the 13.1% observed during a recession in 1982 but lower than analysts had forecast.

Statistics Canada said the figure would have been much higher had it included a large number of people who wanted to work but could not job-hunt "presumably due to ongoing business closures and very limited opportunities to find new work."

All of this has led to 6.7 million Canadians applying for unemployment benefits or government aid, and just over one in five Canadian households reporting difficulties meeting financial obligations.

'Nothing to cheer about'

Although worst-case projections failed to materialize, "when you're rounding the number of jobs lost to the nearest million, there's nothing to cheer about," commented CIBC analyst Avery Shenfeld.

The employment declines over the past two months were observed in all provinces, but Quebec – which has recorded the highest number of COVID-19 infections and fatalities – led all of them with 821,000 jobs lost.

Youths aged 15-24, recent immigrants, low-wage workers and those with the least job security – temporary or non-unionized, for example – suffered the most job losses.

Statistics Canada noted, however, that most of the newly unemployed were temporarily laid off, meaning they could return to work when restrictions are lifted.

In March, it said, almost all job losses were observed in the services sector, whereas the following month goods-producing industries saw proportionally larger losses, led by construction and manufacturing.

Within the services sector, employment losses continued, led by wholesale and retail trade, and accommodation and food services.

Some sectors managed to avoid the carnage. Utilities, public administration, and finance, insurance and real estate, for example, were "relatively less affected by the COVID-19 economic shutdown," said Statistics Canada.

Large firms and institutions appeared to have been able to keep workers on the job better than small businesses.

This time, said Statistic Canada, "as economic activity resumes industry by industry following the COVID-19 economic shutdown, the time required for recovery will be a critical question."