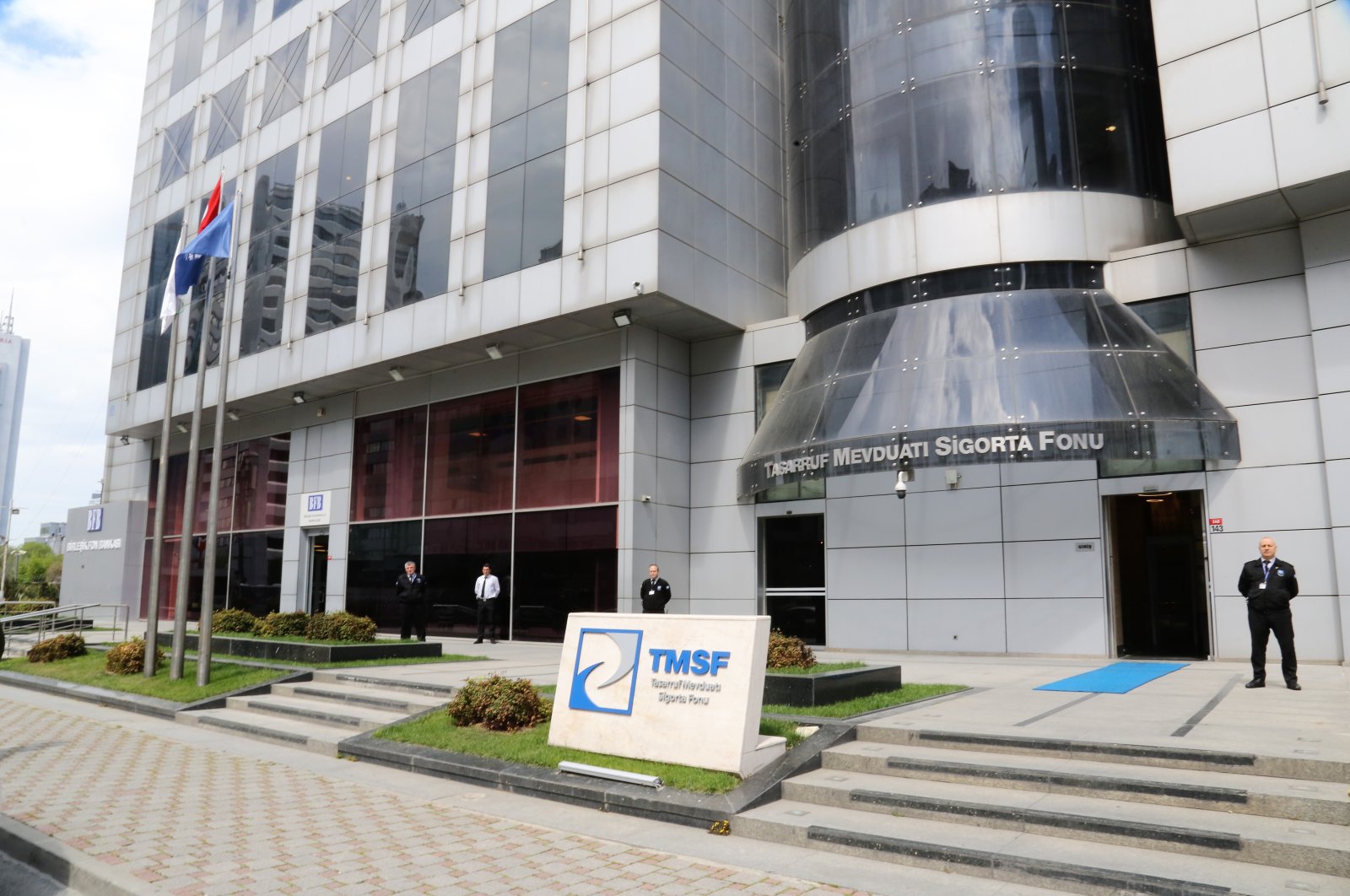 The headquarters of Turkey’s Savings Deposit Insurance Fund in Istanbul, Turkey. (Photo courtesy of TMSF)
by Alen Lepan Jul 14, 2020 11:24 am

The total asset size of the 796 companies currently run by the state trustee fund hit TL 61.2 billion by March-end, while their turnover and profit reached TL 33.5 billion and TL 2.53 billion, respectively, by the end of 2019

As four years have passed since the failed coup attempt of July 15, 2016, hundreds of companies that were seized and handed over to Turkey’s Savings Deposit Insurance Fund (TMSF) due to their links to the Gülenist Terror Group (FETÖ) have been achieving noteworthy results ever since.

The state fund currently runs 796 companies, whose owners or executives were taken into custody and detained due to their ties to FETÖ, the group that staged the defeated coup d’etat, which left 251 people killed and nearly 2,200 injured.

The seized companies were transferred to the TMSF with a court decision.

In an exclusive interview with Daily Sabah on the fourth anniversary of the failed coup attempt, Muhiddin Gülal, the chairman of TMSF, spoke of the performance since trustees were assigned to run the companies.

Located in 38 provinces across Turkey, the companies operate in 40 different industries, with most of them being furniture, gold and textile, Gülal said.

The fund has been assigned as an audit trustee to 117 of these 796 companies. An audit trustee supervises the operations of the board of directors in terms of fitness for the purpose, allowing it if it deems appropriate and performing preliminary audits within this scope.

“These companies realized $796 million in exports in 2019 and contributed to the national economy by carrying out $170 million worth of exports in the first quarter of 2020 despite the coronavirus pandemic,” he added.

The largest among these are Erciyes Anadolu Holding — one of Turkey's largest conglomerates formerly known as Boydak Holding— Koza Ipek Holding and Aydınlı Group, one of the country’s largest ready-to-wear retailers.

Based in the central province of Kayseri, Erciyes Anadolu Holding alone employs some 12,292 people. The group saw its asset size rise by 59% to TL 13.45 billion as of the end of March, compared to TL 8.47 billion in September 2016, when the conglomerate was transferred to the fund, Gülal noted.

The group, which is primarily known for its furniture brands Istikbal and Bellona, owns 30 companies operating in eight industries, including textiles, chemicals, steel and energy.

According to Gülal, the group’s loans, which stood at $383 million at the time it was transferred to TMSF, dropped to just $83 million. Erciyes Anadolu Holding paid around TL 718 million in taxes in 2019, the chairman said.

Koza İpek Group purchased shares of Koza Gold Corporation from Australian Normandy Mining in March 2005. The mining company has seen its gold production of 8.2 tons in 2018 reach 11 tons in 2019, registering a 34.5% increase.

Its Ovacık Gold Mine in the Bergama district of western Izmir province, is seen as a key factor in turning Turkey’s big gold potential into economic gain and is the first gold mine operated in the country.

Aydınlı Group, which owns the brand rights of fashion companies Pierre Cardin, Cacharel and U.S. Polo in Turkey, as well as a number of other countries, has seen its asset size reach TL 4.76 billion as of the end of this year's March, up 95% compared to TL 2.44 billion in January 2017, the date TMSF had appointed a panel of trustees.

TMSF Chairman Gülal also spoke of the performance during the coronavirus pandemic.

Turkey confirmed its first COVID-19 infection on March 11, and soon after, many factories halted operations. Gülal said they had paused operations in several industries, including chemicals and furniture.

He noted that they had primarily focused on protecting employment, adding that 19,716 of their employees benefited from the short-term allowance, one of the measures the government had introduced in March to offset the fallout from the pandemic and related lockdowns.

Under the allowance, the government has paid 60% of staff salaries for a period of three months. The allowance was recently extended to the end of July.

The TMSF chairman said the companies run by the trustees have entered rapid recovery amid normalization as the country lifted coronavirus lockdown measures.

“In this context, when we look at the measures taken and the policies implemented, there is an expectation that the recovery in the economy will be in a ‘V’ shape. As you know, the ‘V’ type economic recovery model means the fastest recovery after contraction,” he noted.

Gülal also stressed Turkey could become one of the leading production centers both in terms of location and labor, adding that they have seen an increase in demand during the pandemic.

He particularly stressed the high demand that came in for goods of Akın Çorap, one of Turkey’s top five socks producers.

Employing over 1,000 people, the company has a production capacity of 110 million pairs of socks yearly.

“We have recently sent 50 containers of goods to France and Spain for the first time. It will seriously increase Akın Çorap’s exports. We are also working on demands coming in from other countries,” he added.

Gülal also noted there were plans for opening Erciyes Anadolu to the U.S. and said negotiations continue on opening Istikbal and Bellona stores in shopping malls.

“We have come a long way and plan to open our stores by the end of the year. Erciyes Anadolu’s exports total $408 million. We aim to raise this to $500 million. We believe we will capture that when we open up to the U.S. market,” he noted.

Among others, one of the pioneers in supplies of industrial, agricultural and consumer products, Naksan Plastic, aims to further grow in the Middle East, Gülal said.

Since it took over, the TMSF had planned to sell companies with proper balance sheets while liquidating the non-operational ones.
Gülal said there were many companies that were experiencing losses when they were handed over to the fund, adding that they helped their recoveries and now plan to sell them quickly.
The TMSF had planned to speed up sales processes in 2020, however, the pandemic has adversely affected the process, he added.
“We have completed preparations for the sale of some assets as of autumn. We want to end the bidding processes before the year is out,” Gülal said.