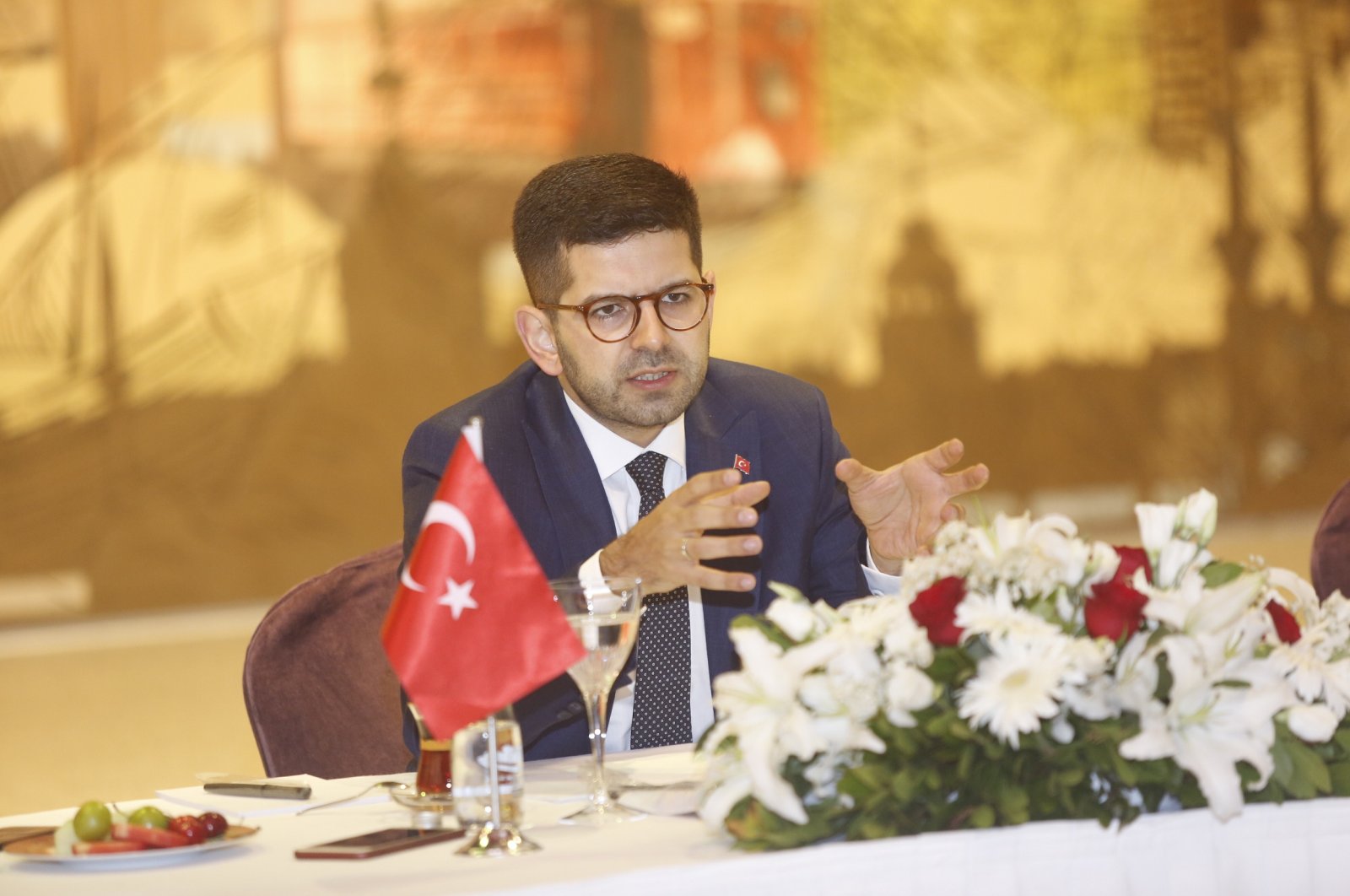 In addition to 52 new projects, there are also 82 potential investment projects, of which 70 are in the research/feasibility stage as of June this year, Investment Office Chairman Dağlıoğlu said

As evaluations regarding foreign direct investment (FDI) projects in Turkey continue, there are 52 new projects regarding which investment decisions have been taken, according to the head of the presidency’s Investment Office.

“The total investment value of these projects is about $4 billion, and the promised employment is around 10,500,” Ahmet Burak Dağlıoğlu told press members during a meeting in Istanbul Friday.

Projects are coming from 17 countries, including the U.S., Germany, Spain, the Netherlands and India, Dağlıoğlu said, adding that they constitute18 different sectors, among which are chemical products, iron steel and other metals, energy, motor vehicles, transportation vehicles and mining.

“Thirty-six of these projects are greenfield investments, and the remaining 16 are expansions of already-existing investments in Turkey,” he noted.

Turkey’s Investment Office was restructured in 2018 with a series of reforms, Dağlıoğlu explained, noting that their priority is being close to each potential investor and to find a place on the companies’ agendas to analyze their needs and demands to create the best solution and investment environment.

The FDIs in Turkey, which had retained almost a horizontal course until the 2000s, caught an upward trend in 2003.

Though with the COVID-19 outbreak, among others reasons, the investments worldwide tend to decrease, as revealed by multiple reports, each country will be differently affected from this process, Dağlıoğlu said, adding that during the pandemic they have applied with requests for information from companies that had never been in the game before.

Turkey can still attract investment. Given that its foreign sales are not entirely dependent on natural resources yet it exports sophisticated and diversified products, Dağlıoğlu said, the pandemic process will affect Turkey differently, as well.

Dağlıoğlu also stressed that of the 82 projects that are seen as potential investment opportunities, 70 are in the research/feasibility stage as of June this year.

“The total value of the potential projects is around $4.76 billion with a promising employment of nearly 15,800,” he added.

The total amount of FDI in Turkey has reached $219 billion between 2003 and April 2020. Meanwhile, the Investment Office has enabled 224 investment projects in the country with a total value of $23 billion, according to Dağlıoğlu. Around 48,000 jobs were projected within the scope of these projects.

Dağlıoğlu, speaking on the operating methods of the Investment Office to address the different needs of the firms, said the office works with profiling types based on several factors, with geographic profiling being one of them.

Among the current investors, which are from European countries, that have always been fundamental business partners for Turkey, Turkic countries, the U.S., Gulf countries and Asian countries, including China, Japan, South Korea, Malaysia and Singapore, are the ones who have increased their share in the total investments in recent years.

Speaking on the pandemic’s impact on investment activities, Dağlıoğlu noted that the Investment Office prioritizes online meetings to keep business activity on track, carrying out a series of online meetings and organizing webinars, especially in the last two months.

“The continuity of the activities of our international investors and local companies was the top priority for us during the pandemic period,” Dağlıoğlu said, to create a beneficial environment for the investors and companies in terms of preserving their existing activities which are the main aim among firms during the pandemic process, along with overcoming the difficult process with minimal damage.

He noted that despite this policy of preserving existing businesses, companies will shape their future investments accordingly with the attitudes of the countries during the pandemic process. He noted that both with the feedback they received and the requests of information regarding possible investments, they believe and hope that Turkey is set to separate positively from its peers in the coming period.

A task force was also established within the office during the pandemic period, he stressed, in order to find quick solutions for the possible problems of the investors.

“The companies in question have been supported on issues such as the continuation of their activities, supply of health equipment, travel permits, work-residence permits,” Dağlıoğlu explained.

The continuation of exports, though limited, is also what has been important for the potential investors and the already existing companies during the challenging period of the pandemic which disrupted global supply chains.

Though initially falling sharply with the first emergence of COVID-19 in the country and the related measures such as border closures, the country’s exports have also reached a point to catch the upward trend again, along with the limitedly continued export and import activities with buffer zones along the borders during the spread of the pandemic.

The continuation of the exports and the business activities of the local firms that were integrated into global supply chains are factors that give a positive outlook regarding the country’s post-pandemic business activity and its position in the global production.

Turkey's exports in June surged by 15.8% year-on-year, while they registered a 35% month-on-month increase, bouncing back from a decline due to the coronavirus pandemic.

Turkey, which was labeled as a limited manufacturing country back in the 1990s is now among advanced manufacturing countries, Dağlıoğlu mentioned, saying that the works regarding the upcoming period are to carry the country among those with a production capacity based on information and technology.

“While 27% of our exports in 1995 consisted of medium-high technology products, today this ratio has increased to 40%,” he added.

According to the Organization for Economic Co-operation and Development (OECD) and World Trade Organization (WTO) data, Turkey's participation in the Global Value Chain has also increased in recent years, from 28.9% in 2005 to 33.4% in 2015.