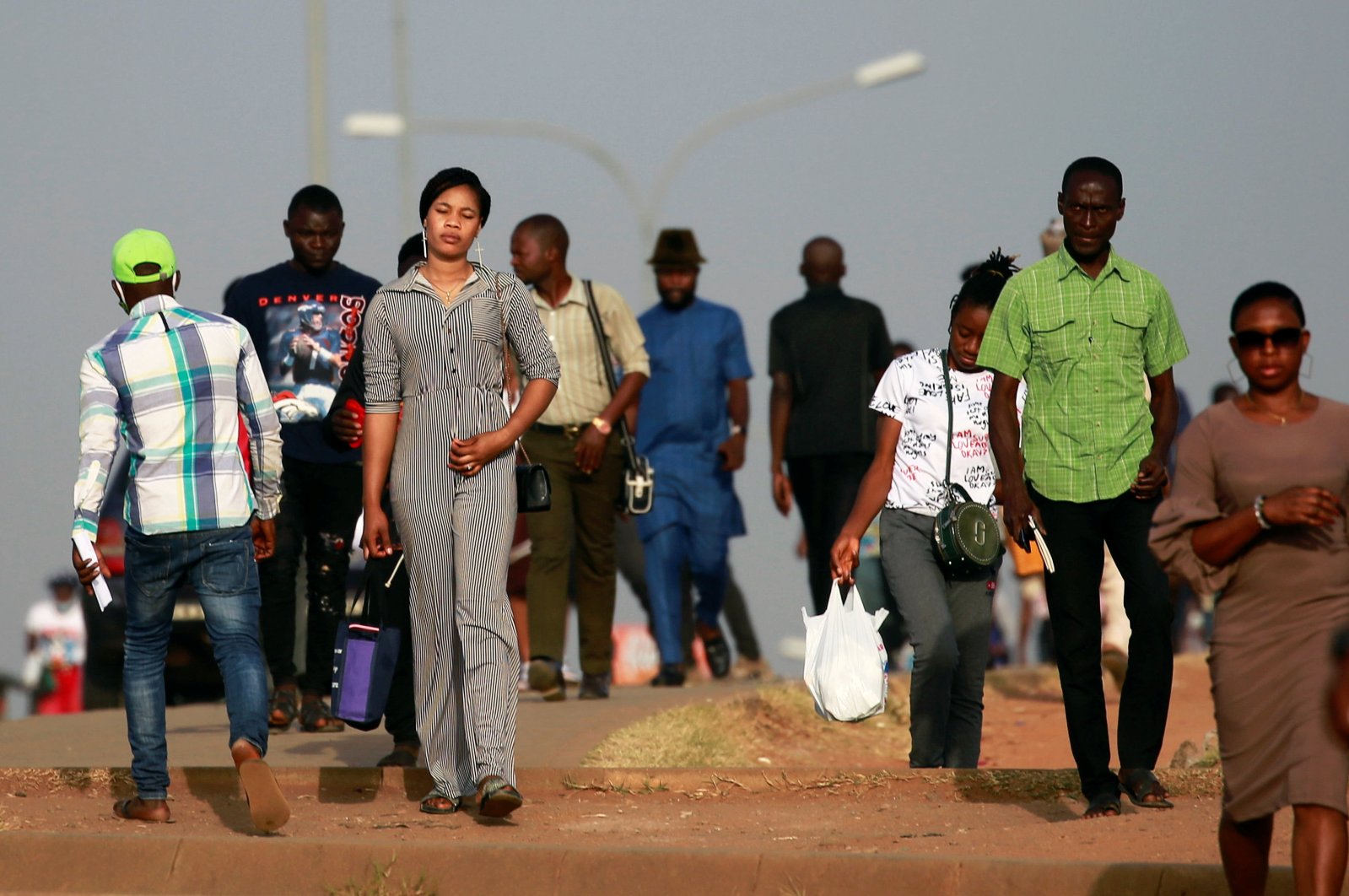 More than 200 million Nigerians will slide further into poverty as the coronavirus pandemic has sent oil prices tumbling and pushed Africa's largest economy into recession.

To many in oil-rich Nigeria, Saturday's announcement of a recession was no surprise – even the president had warned a downturn was coming.

"It feels like we have been in recession since the beginning of the year," said French teacher Joseph Olaniyan, who works at different private schools in the capital Abuja.

The 30-year-old had no income for six months, between April and September, due to school closures.

The number of poor Nigerians was expected to increase by about 2 million largely due to population growth, according to the World Bank, but with the pandemic, the number could increase by 7 million.

And now with a recession on its hands – Nigeria's gross domestic product (GDP) shrank for a second consecutive quarter by 3.62% – opportunities seem to have gone from bad to worse.

With the contraction in GDP, "Nigeria per capita income on an inflation-adjusted basis could be around what it was in 1980, four decades ago. This is absolutely a very critical juncture," Shubham Chaudhuri, the World Bank's Country Director for Nigeria said Tuesday.

In October, several thousand young Nigerians descended on the streets in the biggest show of people power in years.

After a wave of unrest and a violent intervention by the army, the protests stopped – but popular discontent is still present.

"The population will likely demonstrate its frustration, in particular young people, over the next few years," said Mali.

The government has attempted to reform its economy and cushion the recent shock caused by the pandemic. But the five-week national lockdown was a disaster for many.

"The money I was able to make during lockdown was just to keep on going, buy food and pay electricity," said Olaniyan, who was able to start teaching again in October but says "things are still a bit on balance."

In addition to the pandemic, the economy suffered from a fall in global oil prices and diminishing production.

"Just when the government should support the economy and its most vulnerable citizens, its revenues plummeted," said Mali.

While oil prices have gone up slightly, the outlook remains somber for a country where crude accounts for about 90% of foreign-exchange earnings and half of the government revenue.

"A lot of what needed to be done in the immediate crisis is also what has been on the agenda for a long time," said Chaudhuri, pointing to Nigeria's major issues with revenue and low public spending.

Nigeria's vice president Yemi Osinbajo said in a statement that the government was "ready to experiment and ready to do a lot more."

To limit the impact of the downturn, the country's central bank devalued its currency earlier this year, but this has triggered inflation.

"A cup of rice which we used to buy for 100 nairas (26 cents) is now double," said Edna Anidi, 55, an office assistant for an oil company in the oil-rich southern Delta state.

Anidi, who has six children with her taxi driver husband, said she had to rely on remittances from her brother in America.

Food prices in Nigeria have increased since the government closed its land borders in 2019, imposing protectionist measures to try and diversify its economy.

The government is much more optimistic about its recovery.

"By the first quarter of 2021, the country will exit recession," finance minister Zainab Ahmed said at a summit in Abuja Monday, adding that the government "is working around the clock to reverse the trend and restore the economy in the path of sustainable inclusive growth."

The stakes are high for a country that already holds the infamous record for the most people living in extreme poverty, and the U.N. estimates the number of people at risk of hunger may increase by 20% during the next lean period before crops are harvested.