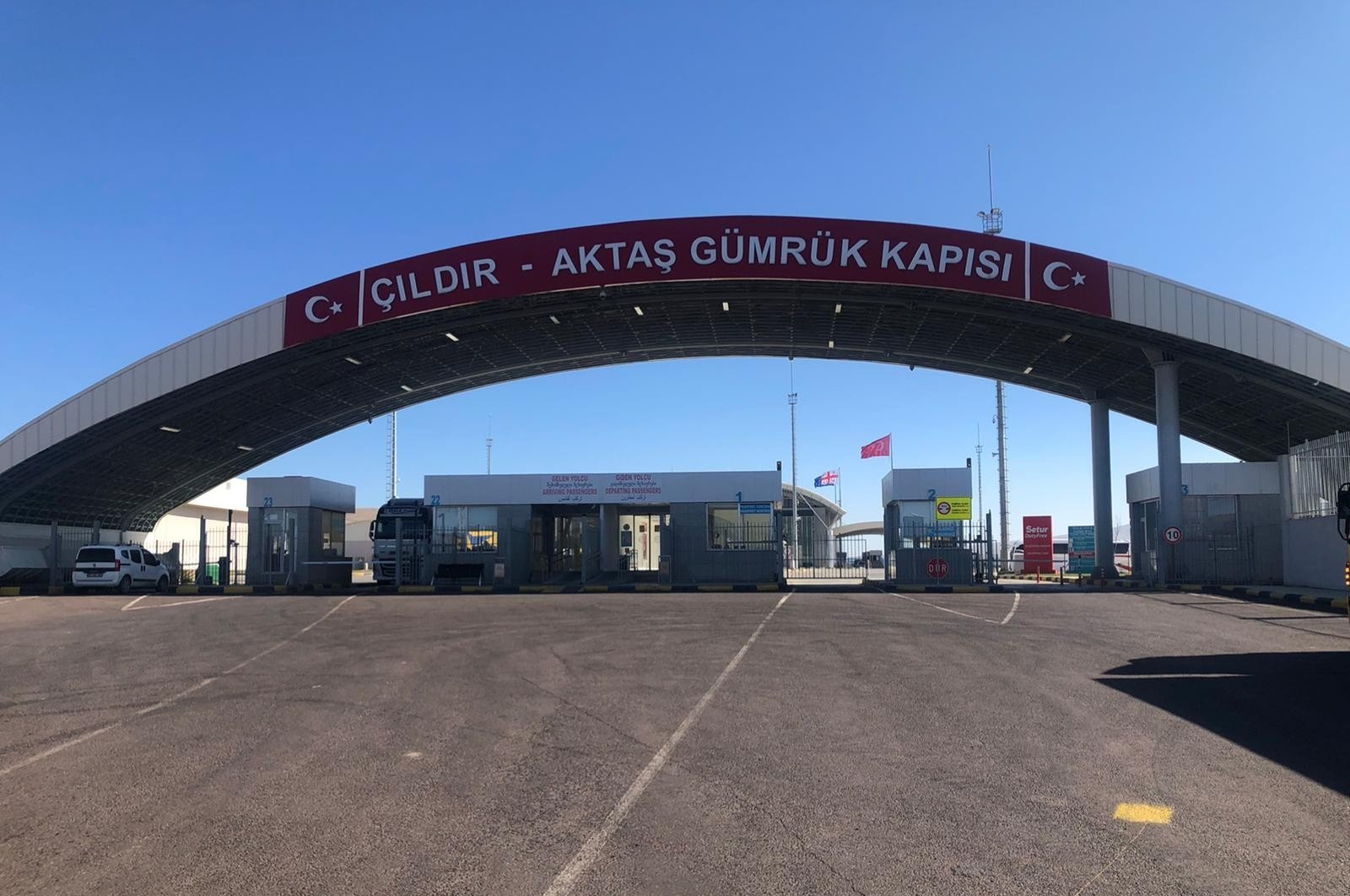 Aktaş Border Gate shut down amid Turkish vehicles faced harassment from Armenian locals across the border in Georgia, Oct.9, 2020. (IHA)
by Daily Sabah with DHA
Oct 09, 2020 11:09 am

One of Turkey's border gates to Georgia, the Aktaş Border Gate located in eastern Ardahan province, was shut down Thursday after Turkish vehicles faced harassment from some of the Armenian locals in the border villages.

Trucks with Turkish license plates were reportedly being lampooned and the drivers were being threatened by the Armenian villagers.

The harassment began amid the ongoing clashes between Azerbaijan and Armenia, a conflict in which Turkey has openly shown support for the Azerbaijani cause of retaking its occupied territories.

New clashes erupted on Sept. 27, but international calls for a halt to fighting have gone unanswered. Armenia has continued its attacks on civilians and Azerbaijani forces, who are the rightful owners of the occupied Nagorno-Karabakh region.

The harassment of Turkish vehicles and their drivers led to the closure of the border gate, which is one of three gates between Turkey and Georgia, and vehicles are being rerouted to the other two gates.

Cross-border traffic has increased at the two other border gates as a result, especially at the Sarp Border Gate, with vehicles backed up as far as 15 kilometers (9 miles) from the crossing.

"I have been waiting in line for two days and I don't know how long I will wait," one truck driver, Recep Kılıçarslan, told Demirören News Agency (DHA) at the entrance of the Sarp Border Gate.

Another truck driver, Selim Ekşi, said that his friends informed him of the hostility from Armenian villagers across the Aktaş Border Gate, which prompted him to drive to the Sarp Border Gate instead.

While the drivers have expressed frustration due to the long lines and hours of waiting, the high number of vehicles is a positive sign of Turkey's significant trade volume.

"Actually, when I see a truck queue, I become happy. It means we have a job, and the export continues. Even during the pandemic period, there has been a rise in both export and logistics," said Osman Akyürek, the head of the northeastern Hopa district's chamber of commerce and industry.

Akyürek said there are about 650 trucks entering Turkey from the Sarp Border Gate daily, while 550 trucks leave the country for Georgia each day. Before the pandemic, these numbers were about 400-450, he said.

He added that there has been a 30% year-on-year increase in both exports and logistics in the region.